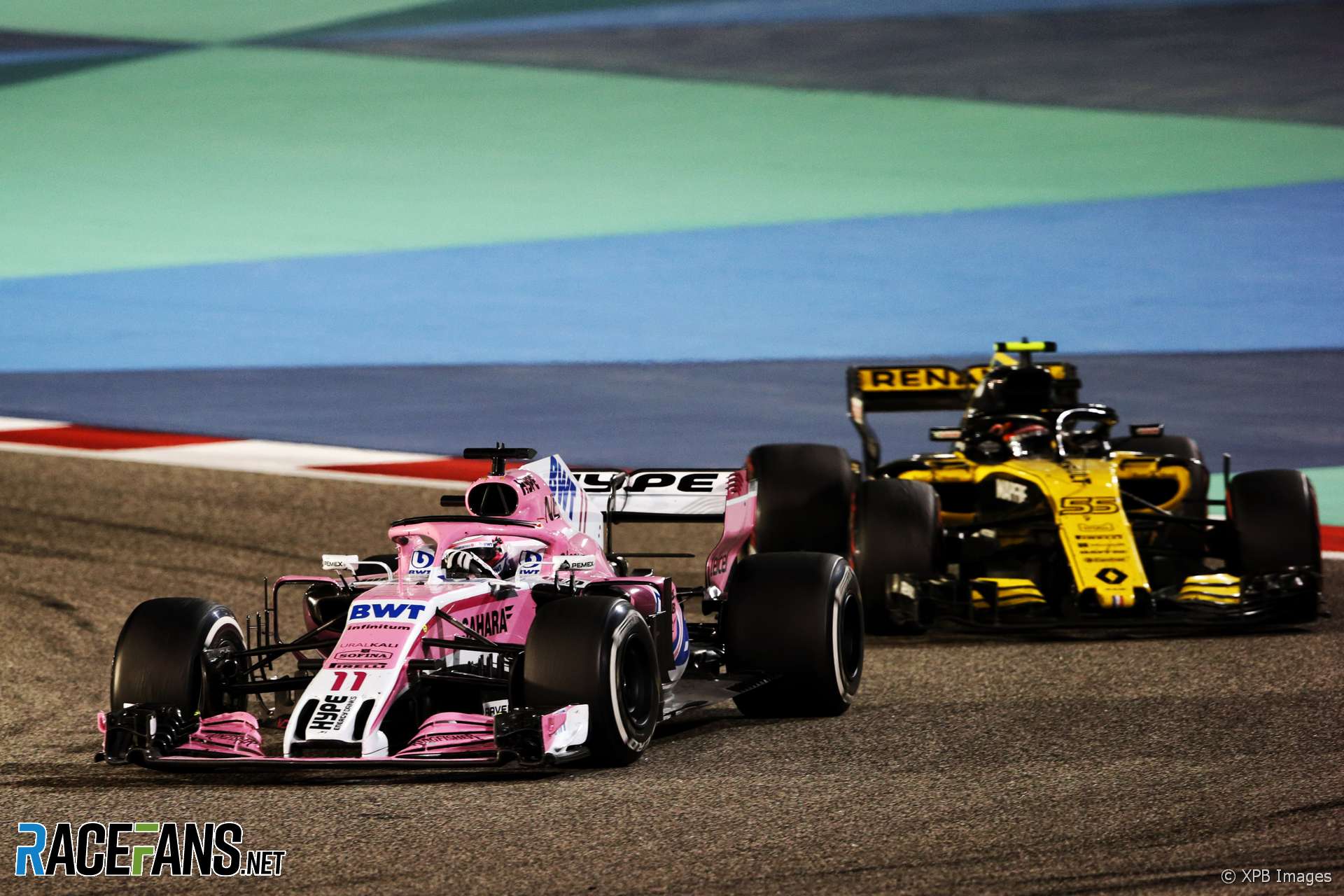 Force India believes it can regain fourth place in the constructors’ championship despite its shaky start to the 2018 F1 season.

Deputy team principal Bob Fernley tipped Renault to be their most consistent rival based on their performance in the opening races. But he expects the reliability of their Mercedes power unit will give them an advantage in the closely-fought midfield battle.

“Whether we can overcome that deficit also depends on things like power units and stuff like that. We’re on a three power unit programme, how well that’s going to go with Renault during the year, there’s all sorts of other things coming into it with reliability through the year. From our side we’ve constantly proved our reliability.”

Force India took fourth place in the constructors’ championship in the past two seasons. Asked before the race whether he thought Force India could finish fourth in the championship for a third year in a row, Fernley said: “Nothing’s impossible.”

“If you actually go back to 2016 and look at the deficit between us and Williams halfway through the season it didn’t look possible to overtake them and we did.”

Renault has greater resources than Force India, Fernley admitted, “but in all fairness, so did Williams in 2016.”

The team has been playing catch-up since it discovered a problem with its aerodynamics ahead of the first race of the year.

“We’ve been building over the last few races,” said Fernley. “We had a good qualifying in China as well and just missed getting both of them into Q3 on that one, which I think we should’ve done.

“It started with all the good work we did in Bahrain, a fantastic team effort there, and we’re seeing some of the benefits from it now.”