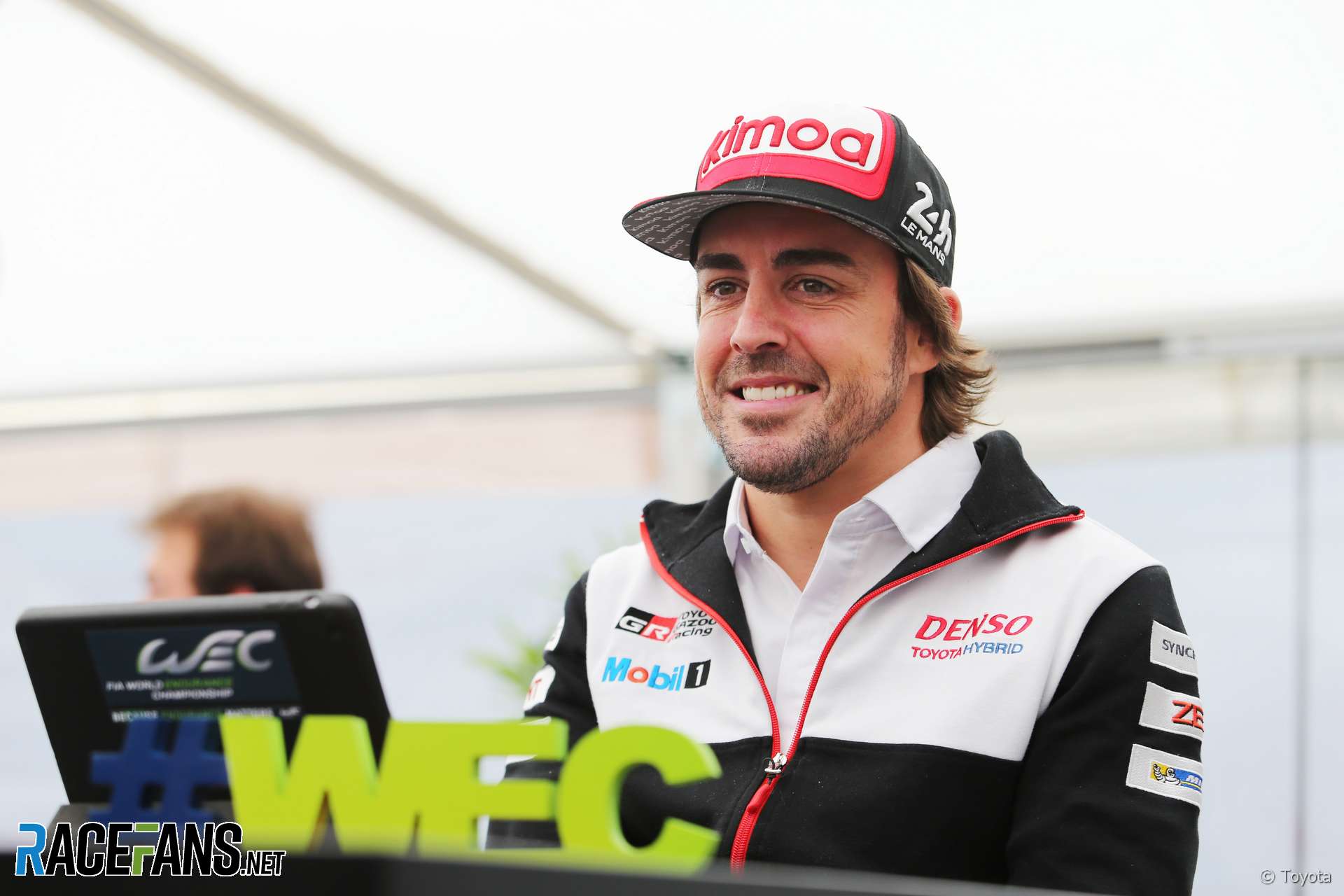 Alonso has raced in the Indianapolis 500 and made his debut in the World Endurance Championship in the last 12 months, alongside his F1 duties. He scored his first WEC victory last weekend driving for Toyota.

Todt praised the enthusiasm of drivers who choose to compete in multiple categories.

“I think all those drivers who are competing are all passionate,” he said at a media briefing last weekend. “Whether they’re a star, whether they’re driving in Formula 1, whatever, I think it’s great.

“I felt it was very brave of Kimi [Raikkonen] when he went into rallying. So I think it’s very good to have that.”

In the sixties and seventies it was common to see F1 drivers racing in multiple championships. Jim Clark, who Todt called “one of my heroes”, was among those who forged the path Alonso is now following by taking on races like the Indianapolis 500.

By the eighties and nineties F1 drivers increasingly focused on grand prix racing only. But Todt expects to see more drivers racing in other series.

“I think it will come back,” he said. “Alonso last year did also participate [in] another kind of racing. You have some drivers who went into Formula E. I think it’s very healthy to have those opportunities for drivers.”

Alonso’s packed schedule of F1 and WEC commitments has prompted concerns he may have taken on too much. But Todt pointed out it is important to keep drivers motivated.

“If you want to have a driver [who is] very competitive and very happy you must try to make sure that he is in the most friendly surroundings. So he must be happy.”