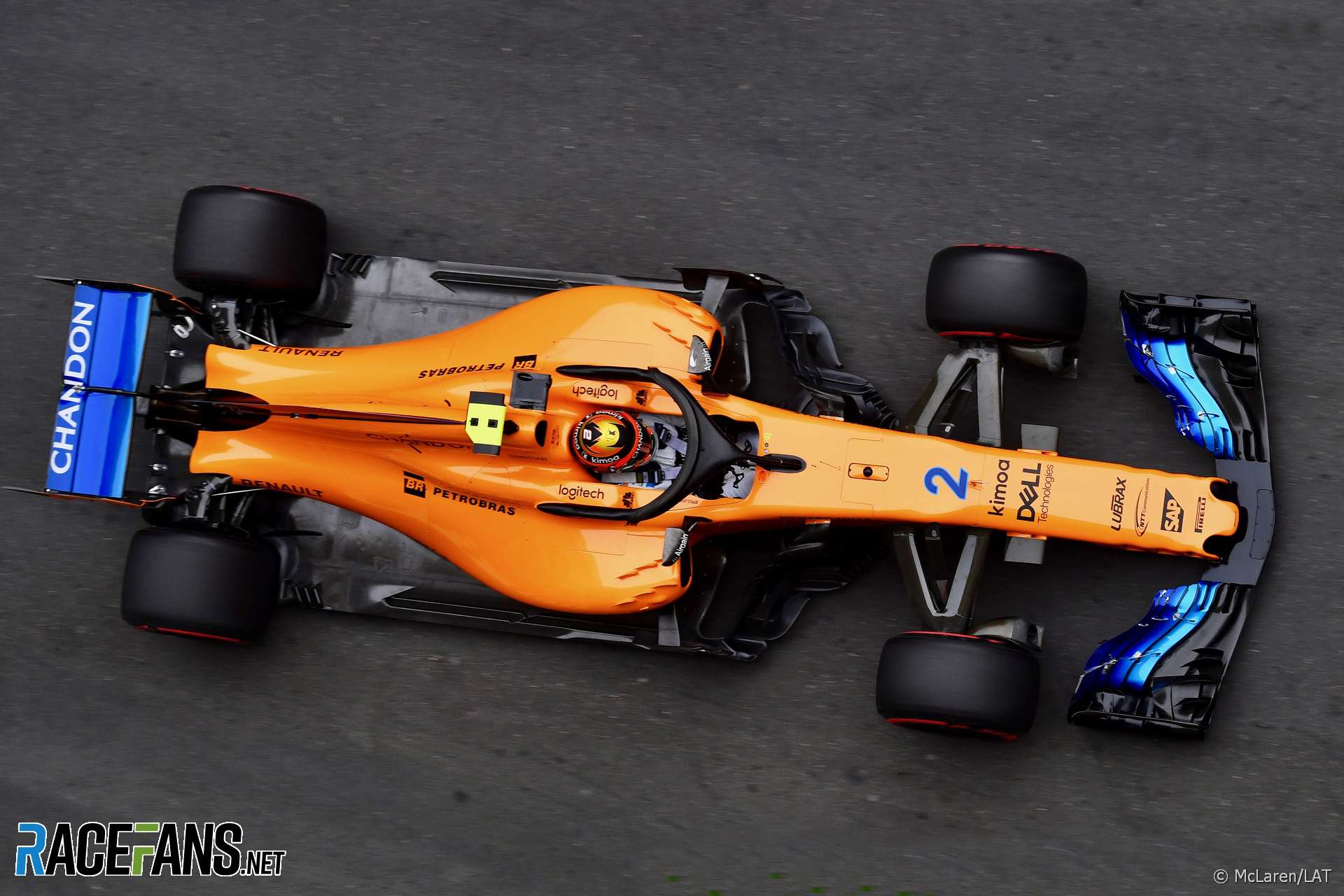 Formula One cars will lap around one-and-a-half seconds slower in 2019 as a result of aerodynamics changes designed to increase overtaking.

Last week the FIA approved changes to the cars for the 2019 F1 season including revised front and rear wings which are intended to allow cars to follow each other more closely. However they will also reduce aerodynamic performance and increase lap times.

The FIA’s head of single-seater matters Nikolas Tombazis described how the changes will reverse some of the performance gains found when the cars were made wider in 2017.

“We expect this new change to be approximately one-thirds of the way less performance of the delta between ’16 and ’17,” he said in a media briefing today. “So we expect to lose about one-and-a-half seconds, that sort of order.

“It’s a bit difficult to predict the amount of development the teams will put on. But we certainly expect to lose performance.”

The rules changes for 2019 arose from research which is being conducted for F1’s post-2020 regulations overhaul. Tombazis described the modifications as a “halfway house” and expects more significant changes in three years’ time.

“There’s work going on at Formula 1 with the collaboration of the FIA for 2021. This work is still ongoing and covers a lot of more complicated areas of the car which need frankly a lot more work before we can define regulations.

“These regulations for 2019 were an extract of some of the lessons learned already at Formula One. They obviously had to be implement-able for ’19 and therefore they only cover specific areas of the car that are a bit more simple.

“The underlying lessons that we have learnt with F1 about how cars perform in the wake of other cars have been used but let’s say it’s only a halfway house. I don’t want it to be confused with the work that’s going on for 2021 in the future because obviously they’ll be more extensive and hopefully have much more time for research.”

Tombazis added the amount of research which had gone into the proposal was “more than virtually any regulation change in aerodynamics that has taken place” with the exception of the one-off 2009 changes instigated by the Overtaking Working Group.