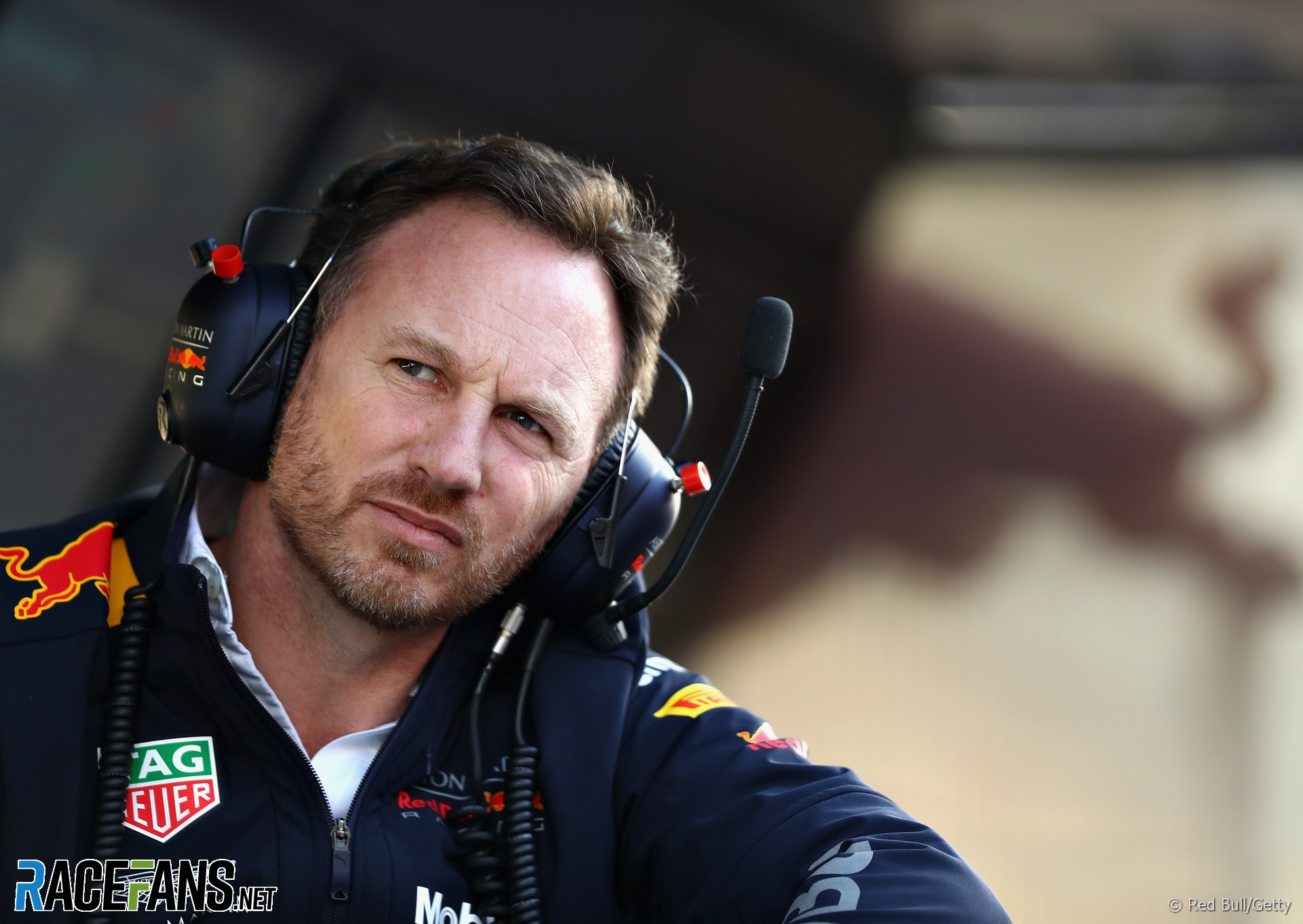 Red Bull team principal Christian Horner said new rules which have been approved to increase overtaking in the 2019 F1 season have not been fully researched and will cost teams “millions”.

“Sometimes this sport has the ability to shoot itself in the foot,” Horner told Sky when asked about the changes for next season.

A vote last week confirmed a decision to introduce changes to the front and rear wings next year aimed at making it easier for cars to follow each other more closely. The proposal came about as a result of research aimed at revising F1 car designs in 2021.

“What has been done for 2021 is all good stuff,” said Horner. “The problem is a snapshot of that has been taken, it hasn’t been fully analysed, there’s no proven conclusion from it. It’s been rushed into a set of regulations, it completely conflicts existing regulations. Now they’re scrapping around trying to tidy that up over this weekend.”

Although the changes are limited to a few areas of the cars, Horner said they will have an impact on the entire chassis.

“It completely changes the philosophy of the car,” he said. “The front wing will be wider. The point that the air meets the car is the front wing, that then changes everything behind it so suspension, bodywork, absolutely every single component.

“And we talk about costs and [responsibility] – what’s just been introduced is a completely new concept. It will cost millions and millions of pounds.”

The changes were “rushed after Melbourne because it was a race with not a lot of overtaking,” Horner continued. “When has there ever been any overtaking in Melbourne? And we’ve had three great races since then.”

“I just find it frustrating that decisions are made on zero evidence, zero conclusions, on theories,” he added. “And the burden of costs is passed [to the teams].”

Yesterday the FIA’s head of single-seater technical matters Nikolas Tombazis said the new rules for 2019 had been more extensively researched than any aerodynamic rules change since 2009.