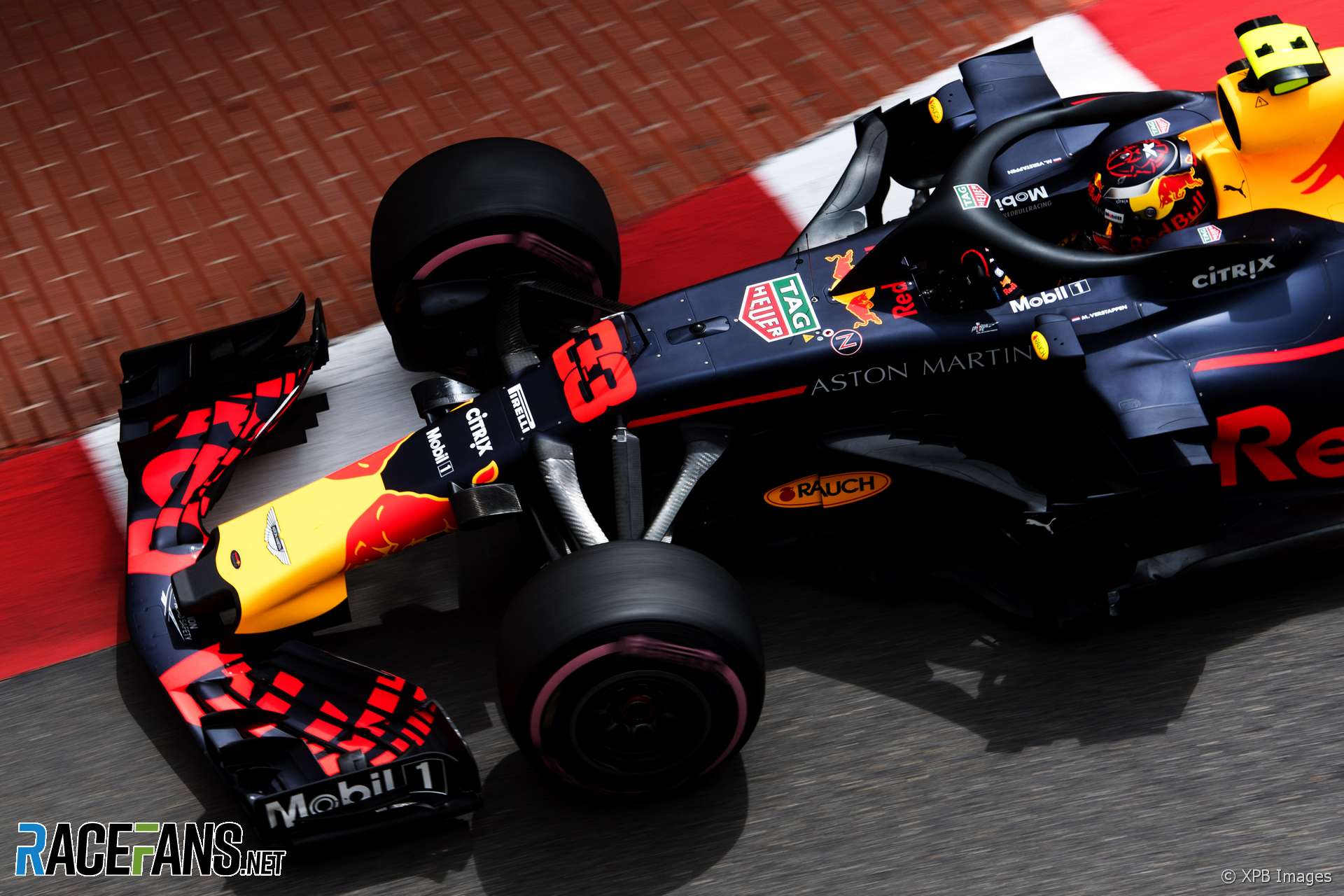 F1’s front-running teams could gain a “big advantage” if they successfully gamble on starting the Monaco Grand Prix on ultra-soft tyres.

Higher than expected levels of degradation on the hyper-soft tyre could play a significant role in qualifying tomorrow, which is a particularly important session due to the extreme difficulty of overtaking in Monaco.

“[The] hyper-soft seems quite aggressive,” said Force India’s technical director Andrew Green. “It’s almost a proper qualifying tyre. It should be good for the show I think.”

“Everyone’s going to try to do one-stop. Some of the bigger teams are obviously looking to try and qualify on something other than the hyper which maybe they’ve got the margin to do. It’s a risky strategy around here, obviously.

“The hyper-soft is around one second per lap quicker than the ultra-soft. Thursday’s running shows Red Bull should have that margin in hand over the midfield, opening up the possibility for them to run the ultra-softs in Q2 and start the race on them.”

It is less clear whether Ferrari and Red Bull, who tend to find a greater performance gain when they turn their engines up on Saturdays, will be able to use the same tactics.

The challenges of qualifying in Monaco make it a risky gambit. Anyone running the ultra-soft will need to work it harder to get it into the optimum temperature window, a task made more difficult by the high levels of traffic around the street circuit. If they discover their lap time isn’t quick enough, they will have to start a run on hyper-soft tyres early enough to get those up to temperature too.

But anyone who successfully gets into Q3 on ultra-softs will have a “big advantage” for the race, Green reckons.

Green estimated the life of the hyper-soft tyre on Thursday was around 15 laps. But with no rain forecast over the next two days the track surface should be much better by the race. More rubber will go down, much of it coming from new tyres, which accelerates how quickly the track ‘rubbers in’.

This will help prolong tyre life. Drivers can also manage their tyres to an extreme extent in Monaco with little threat of being overtaken – as Sebastian Vettel demonstrated in 2011, the first season with Pirelli’s high-degradation tyres.

“I think there’s going to be a lot of tyre management going on in the race,” said Green. “It looks like the ultra-soft throws out quite a few marbles as well. So I think as the race goes on it’s going to be really tricky off-line. Traditionally we see a Safety Car. Anything can happen, that’s the beauty of this place. It’s very difficult to predict.”

The Red Bull drivers expected to be pole position contenders this weekend and Thursday raised the prospect of an extremely close fight between the two. Daniel Ricciardo may have lapped almost two-tenths quicker than his team mate, but taking their fastest sector times into consideration he had just three hundredths of a second in hand.

Behind the big three Renault and their engine customer McLaren look set to fight for ‘best of the rest’ honours. Nico Hulkenberg ran Renault’s upgrades on Thursday so Carlos Sainz Jnr should be able to close the gap when he gets them on Saturday.

Similarly at Toro Rosso only Pierre Gasly ran their revised floor and brake ducts. Brendon Hartley, who was just two-hundredths of a second away from a place in the top 10, may have a chance to reach Q3 when he gets the upgrade too.