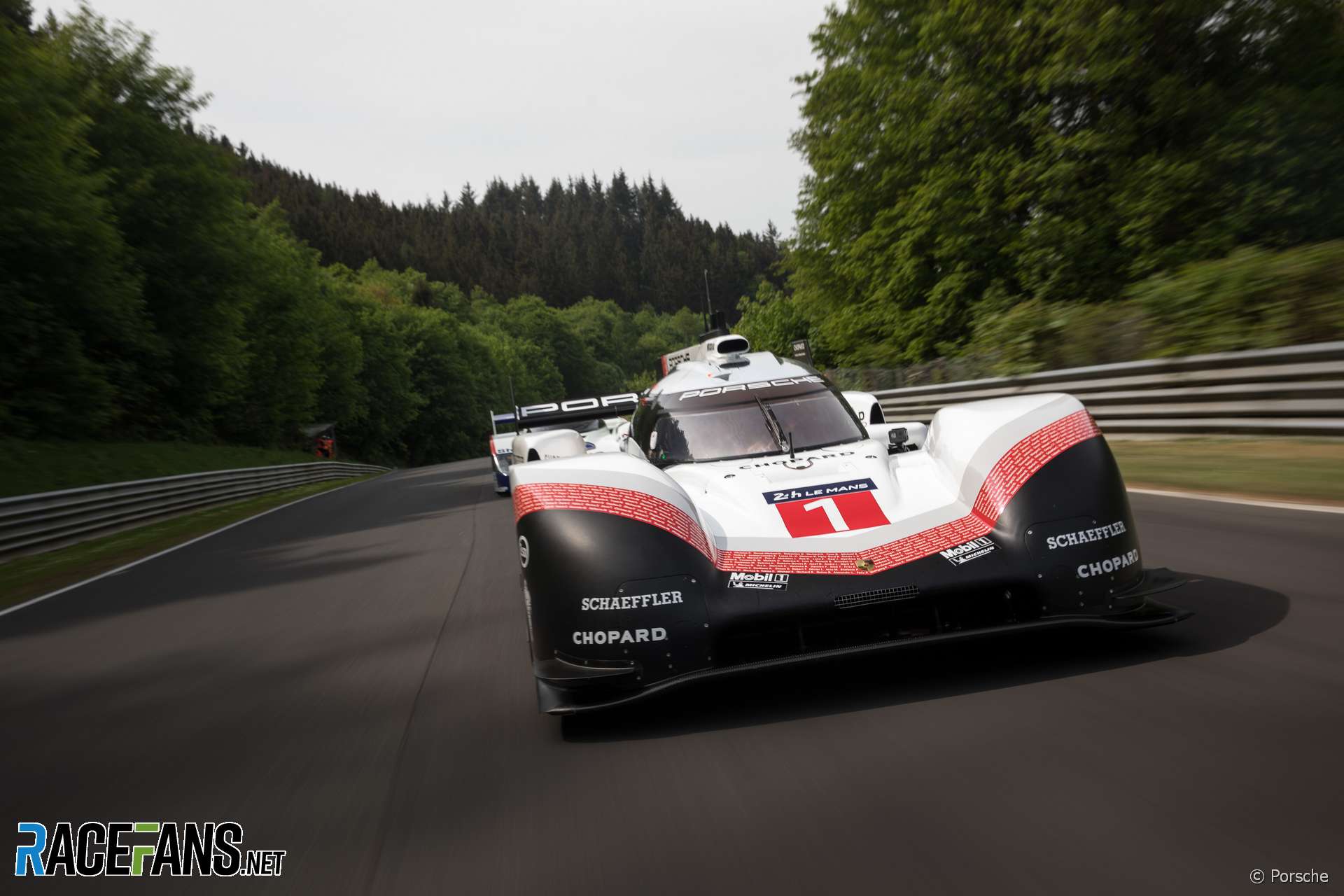 The Porsche 919 Hybrid Evo has been spotted chasing another lap record, this time on the fearsome Nurburgring Nordschleife.

Videos posted by fans on social media show Porsche has run its upgraded ex-LMP1 car, which has already beaten F1’s track record for Spa-Francorchamps, around the 20-plus kilometre circuit.

Porsche set the lap record on the original lap record when the World Endurance Championship last visited the track 35 years ago. Stefan Bellof lapped the track in 6’11.13 at the wheel of a Porsche 956.

Porsche recently used the two cars for demonstration laps at the track (pictured).