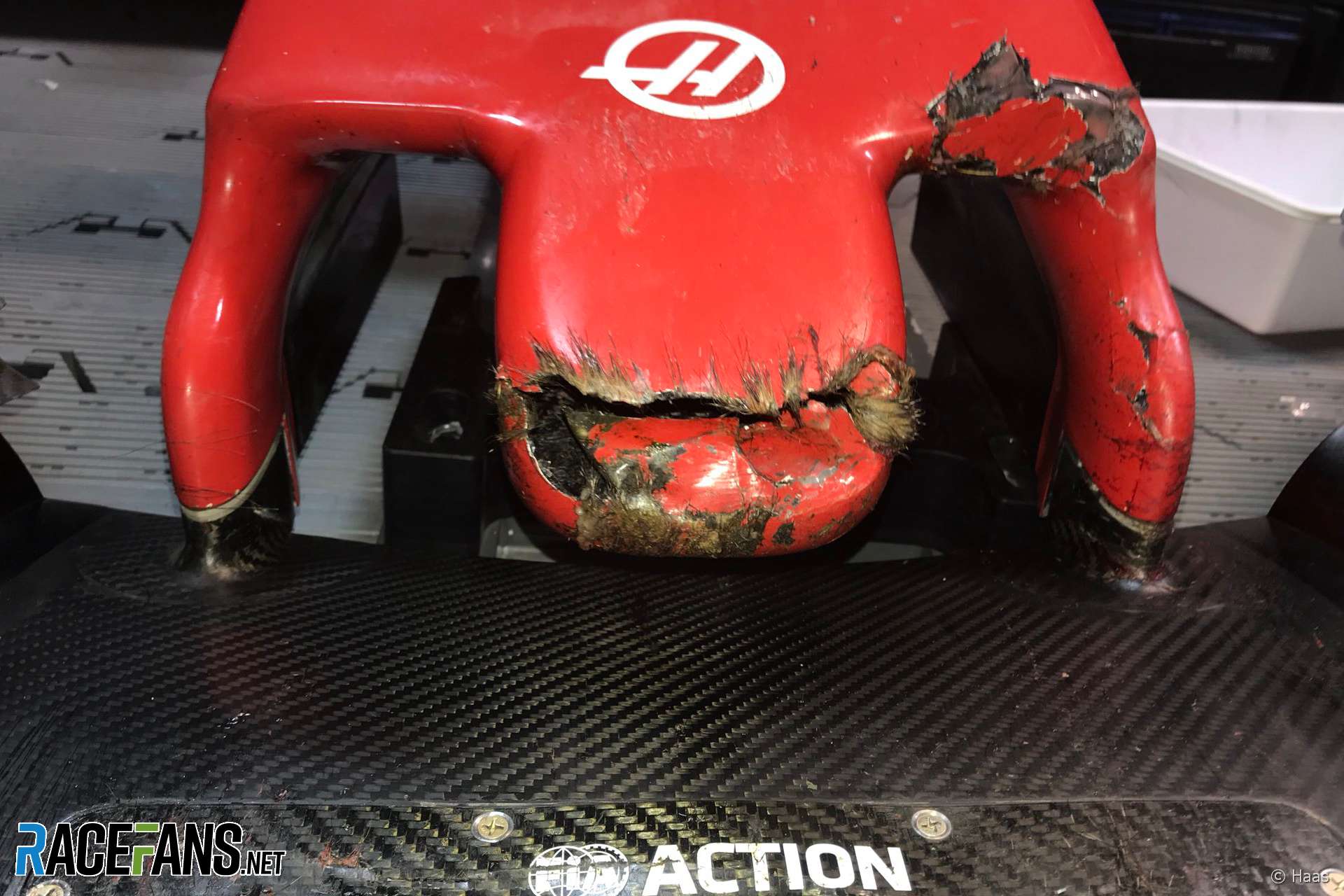 Romain Grosjean expects to use the last remaining example of Haas’s new front wing design after breaking one when he hit a marmot during practice today.

Grosjean said the team has “one spare one” left for him to use tomorrow. Team principal Guenther Steiner said before the weekend began the team was low on spare parts for the new aerodynamic upgrade it has introduced in Canada.

The impact caused significant damage to the front of the car, Grosjean said. “The nose was quite open and I believe the animal was in there.”

“It was a big impact. It was quite a big animal,” he added.

Grosjean suggested the marmot should have been removed from the edge of the track after it had been spotted on camera early in the session.

“It’s a bit disappointing because they showed it on TV before the beginning of the session before turn 13, and [that’s exactly] where I hit it. So I’m surprised they didn’t remove it.

Despite the setback Grosjean ended practice with the fastest time of the midfield drivers, 1.4 seconds off Max Verstappen’s pace.