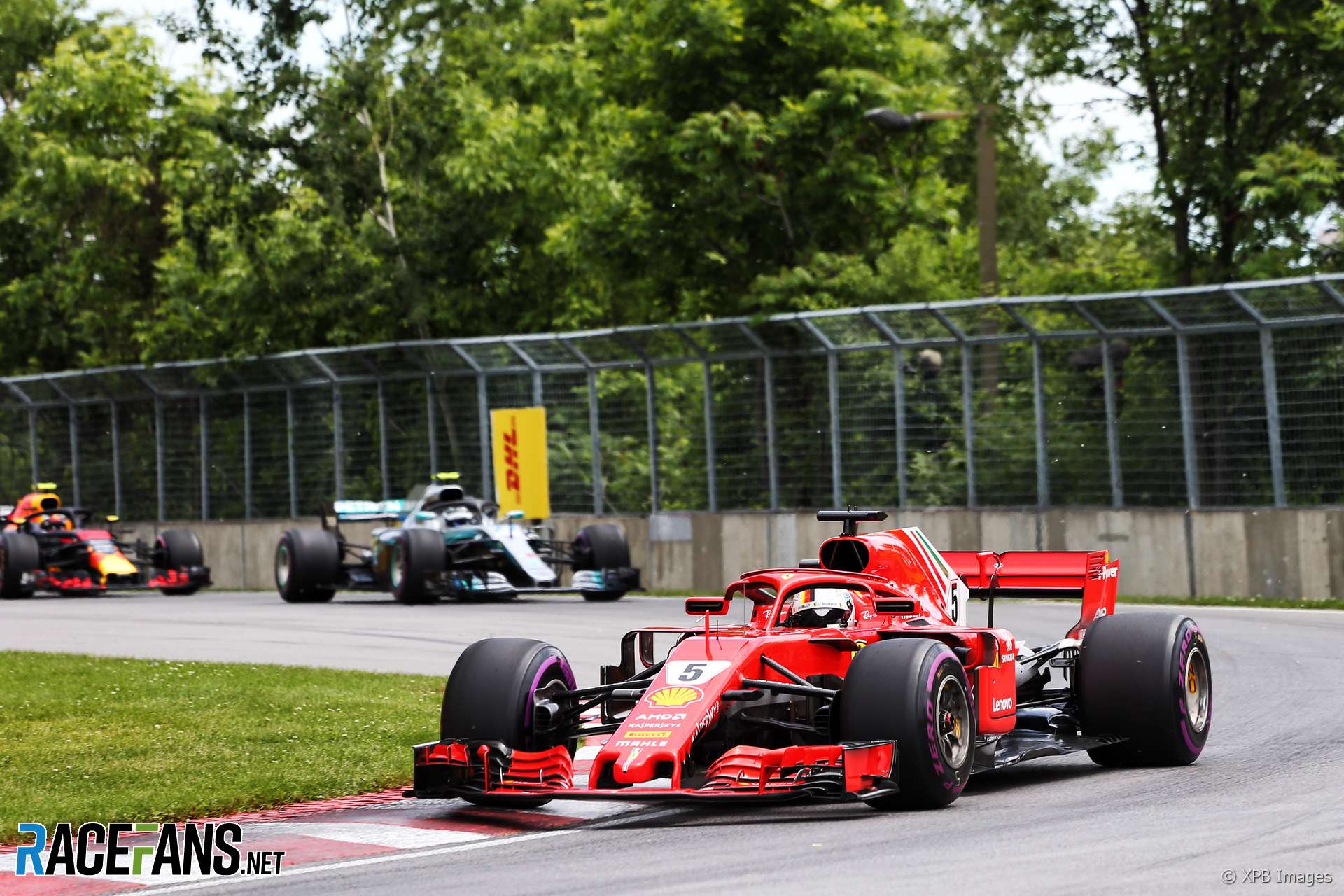 Sebastian Vettel says he was worried fans would run onto the live race track after the chequered flag was waved one lap too soon at the Canadian Grand Prix.

“Then I was a bit worried that nobody runs on the track. But it was all OK.”

Vettel revealed he was distracted in the second half of the race because he had to make frequent settings changes to his car.

“There was a point in the second stint where I had to switch on and off a lot of sensors. I think there was a small issue in the background.

“At [one] point I was close to saying when am I allowed to drive again and focus on driving because I was looking down and changing so many settings. It’s not easy to keep the focus and keep the gap but we controlled the race well.