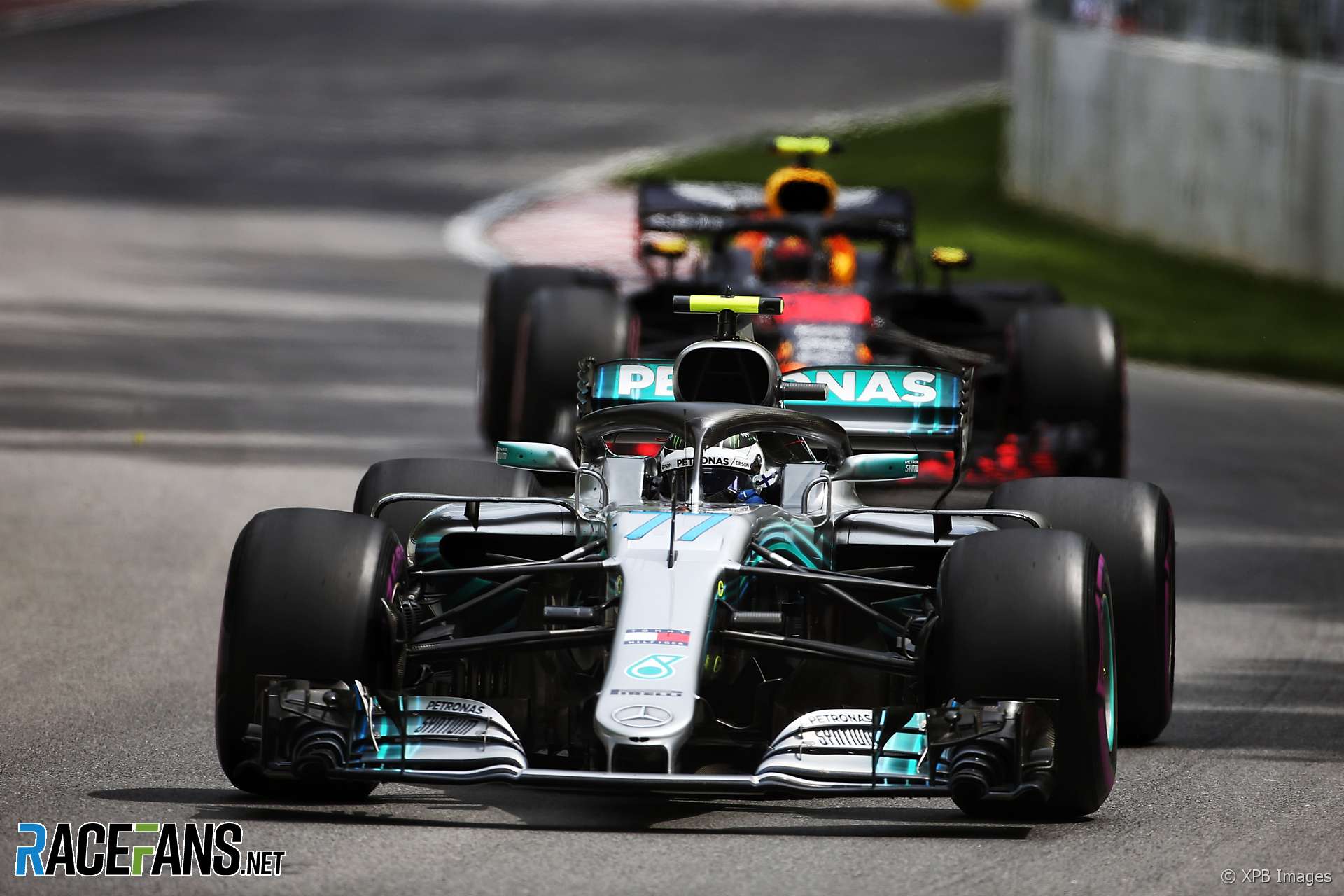 Valtteri Bottas believes Mercedes’ performance in the Canadian Grand Prix was compromised because the team did not bring enough sets of hyper-soft tyres.

Mercedes brought five sets of hyper-soft tyres for the race, three fewer than rivals Ferrari and Red Bull. Sebastian Vettel beat Bottas to pole position by less than a tenth of a second.

Bottas, who finished second in the race, suspects the team could have got more performance out of the hyper-soft in qualifying had they been able to run it as many times in practice as their rivals did.

“I honestly think – and we do as a team – that if we would have chosen one or two sets more of the hypers, potentially we could have extracted a tiny bit more out of those in qualifying because it was quite limited running for us,” he said.

“We only had one set in practice three and then through qualifying we really had to learn quickly how to get the best out of the tyres in one lap. In such a close qualifying, being 0.09s behind pole, it’s easy to say afterwards but potentially if we could come here again we would chose maybe one set more at least of the hypers.”

Mercedes “made the right decision” on strategy in the race, said Bottas. “We were happy with the tyre we started on and with the strategy we had, so that was all good.

“It was just a question of the qualifying performance. We need to make sure we learn if we find that for sure we had to do something different.”

However Bottas said his starting position meant he wasn’t able to finish higher than second.

“From today where we started, with the start we had, with the pace we had, there was nothing more possible. That’s where we are as a team now.

“Ferrari was better this weekend, Red Bull very close to us, so I think today nothing we could have done better. Our car is just not quick enough. I don’t get too upset being second but no doubt I really want to win.

“And there has been many occasions this year that it has been pretty close, so for sure we’ll keep pushing on that – but as a team we need to improve, and also for myself, trying to find every single little bit I can.”