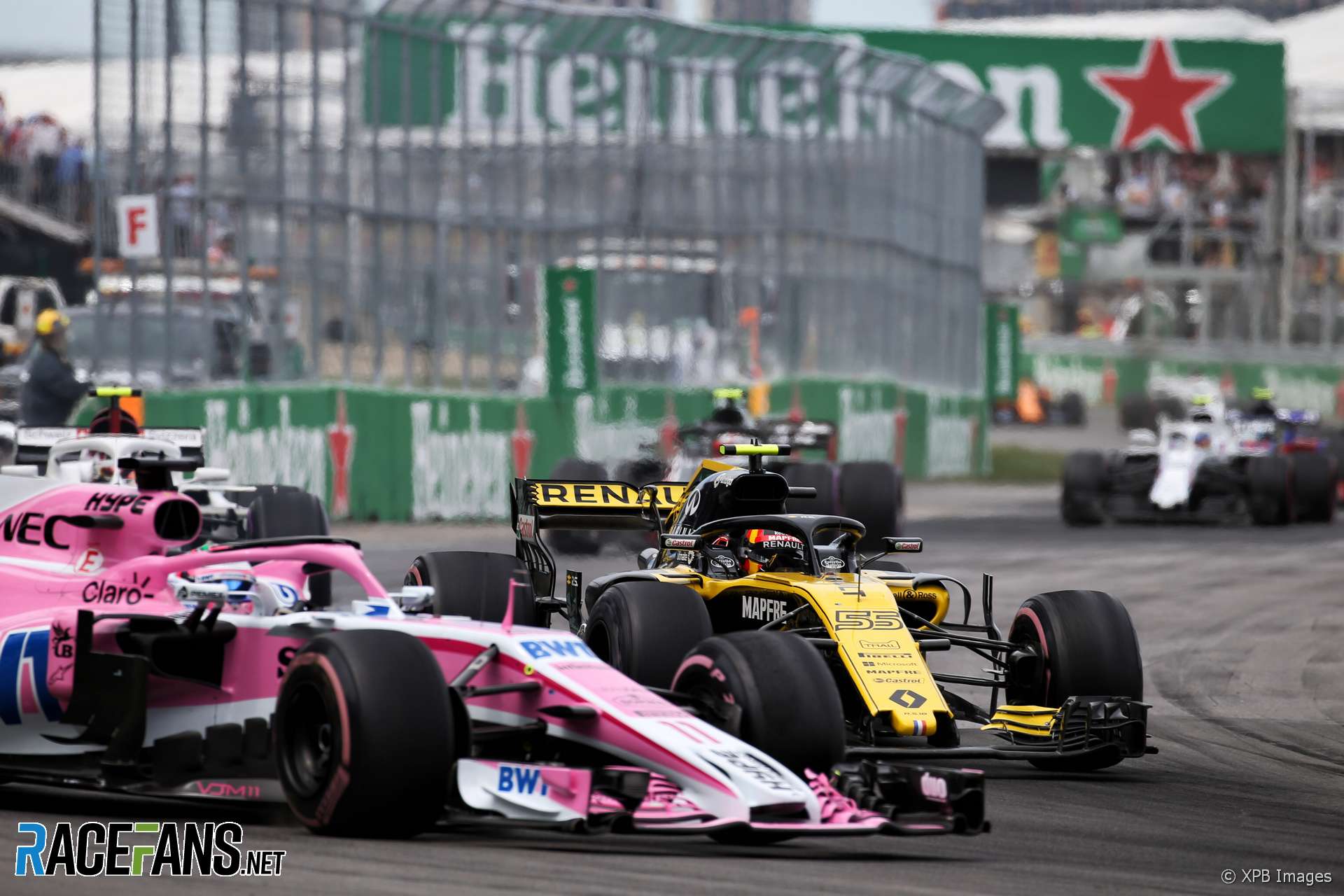 Sergio Perez says he doesn’t understand why Carlos Sainz Jnr escaped a penalty for their contact during the Canadian Grand Prix.

The pair tangled when Perez tried to overtake Sainz for ninth place following the Safety Car restart. Perez spun off at turn one and was able to continue but lost seven places.

“I think I had a pretty good restart behind Carlos, I overtook him into turn one, gave enough room, but I do not know what was the reason that I got hit,” said Perez.

He questioned why the stewards didn’t penalise Sainz for the collision.

“I’m surprised that we didn’t see any penalty because I was ahead and I tried to give as much room as possible to make sure both cars go into the corner but it didn’t happen. Afterwards, given how difficult it was to overtake today, our race was over.”

The stewards ruled that “no driver was predominantly to blame for the incident” and that “there was enough room for both cars to avoid the collision.”

FIA race director Charlie Whiting backed the stewards’ decision. “For me, it was just a very small touch<" he said. "Checo [Perez] was coming down the outside, he just turned in, and they just touched. For me, you couldn't blame one driver completely for that." [leaderboard2] [follow]