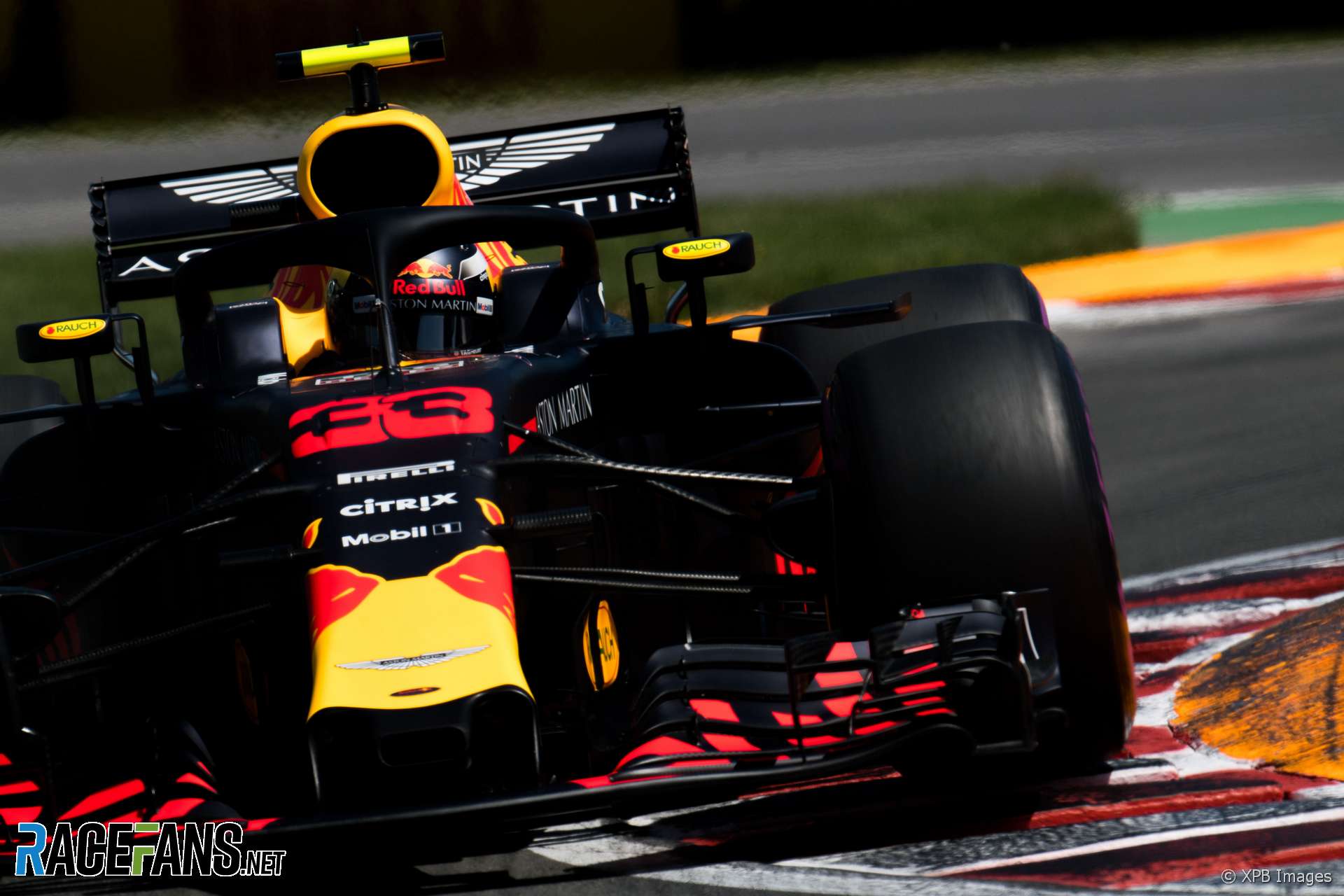 Max Verstappen changed how he handled the Canadian Grand Prix weekend following discussions between him and Red Bull, according to Christian Horner.

A series of incidents in the opening races of the season, culminating in a practice crash which ruined his Monaco Grand Prix weekend, left Verstappen under intense scrutiny when he arrived in Canada. Horner said his driver responded with a quick and error-free performance.

“I think he’s had a very strong weekend. He’s been quick in every session. Qualified really well, raced very well.

“We went for it on the hyper-soft, trying to get the start, [it] nearly worked. And then of course he finished within a tenth of a second of Valtteri. I don’t think we could’ve got much more than that.”

Horner pointed out Verstappen had changed how he handled the weekend following discussions between the team and driver.

“His approach here has been slightly different – he’s just been here on his own,” Horner explained, referring to Verstappen’s reduced entourage in Montreal.

“It’s the first race I think he’s ever done on his own. It’s just something different, whether it’s contributed in any way is impossible to say. He’s still evolving and maturing as a driver as he gains more experience.”

The problems Verstappen encountered in the opening races of the year were not untypical for a professional sportsperson, according to Horner.

“In any sport you see sportsmen have periods where things don’t go quite as well for them as others. And that’s obviously been very public for him. Hopefully his luck now is about to change. This was a fantastic performance from him this weekend.”

Verstappen’s recent run-ins with other drivers didn’t discourage him from fighting Valtteri Bottas hard for second place at the start of the race, Horner added.

“You don’t want to de-fuse that. That’s part of what makes him so exciting. He had a very clean weekend this weekend. I’m sure it’ll give him a bunch of confidence heading into the next batch of races.”