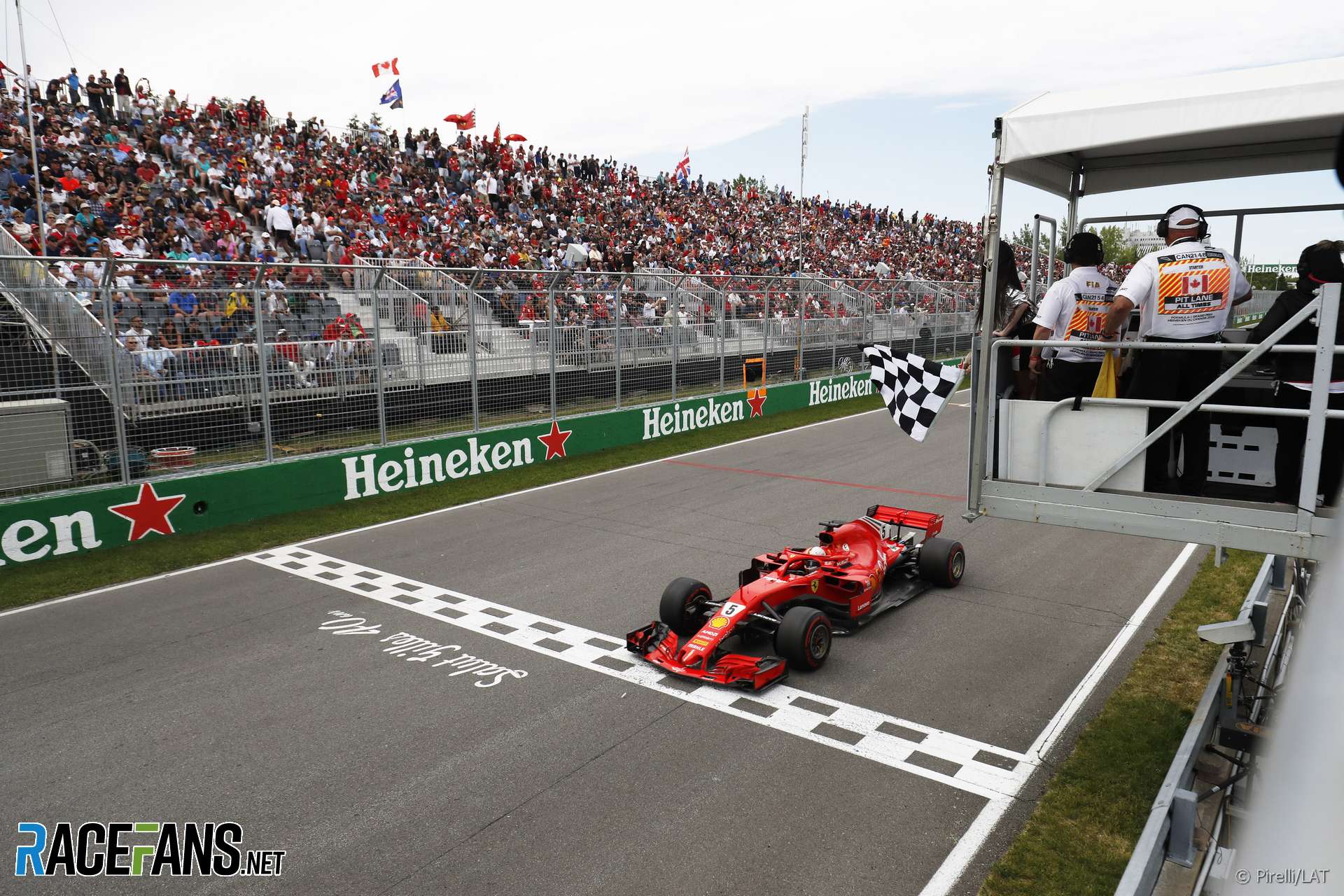 The FIA is conducting further investigations into why the chequered flag was shown too early during last weekend’s Canadian Grand Prix amid concerns about the safety implications of the error.

Race winner Sebastian Vettel said he feared the early signal might trigger a track invasion by fans while cars were still at racing speeds.

Marshals also signalled to drivers that the race was over before the final lap was complete. FIA race director Charlie Whiting believes this was triggered by the early appearance of the chequered flag.

“Sometimes marshals wave all their flags to congratulate the winner, and some of them were doing that,” he said. “They thought the race had finished too because presumably they’d been told the chequered flag had been shown.

“But the fact that it was shown a lap early, they didn’t know that. We need to analyse exactly what happened there.”

The flag was waved early due to confusion between the starter and race control over what lap the leader was on. Whiting said circuits have different procedures to give notification when the chequered flag should be waved.

“It may need us to review procedures and make sure we have a very simple procedure for every circuit because all circuits are different. They all have different communication systems [and] networks. Sometimes it’s the clerk of course that waves the flag. They’re all different.

“We need to try to make sure that every time we have we have a countdown. This is what some circuits do, they say ‘leader’s in the third last lap, second last lap, this is the last lap, end of this lap’. Then they’ll [tell] the guy waving the flag where the leader is, they’ll say ‘next car’, that sort of thing. It wasn’t done that thoroughly here.”

“It seems to me that no one really knew and this is what we need to get to the bottom of,” he added. “It’s not satisfactory. Luckily it didn’t affect the result.”

The flag was waved by celebrity Winnie Harlow. However Whiting said the FIA is not considering a ban on using guests for this role. “The celebrity was not to blame so I don’t think that is anything that we need to consider, certainly not at the moment anyway,” he said.