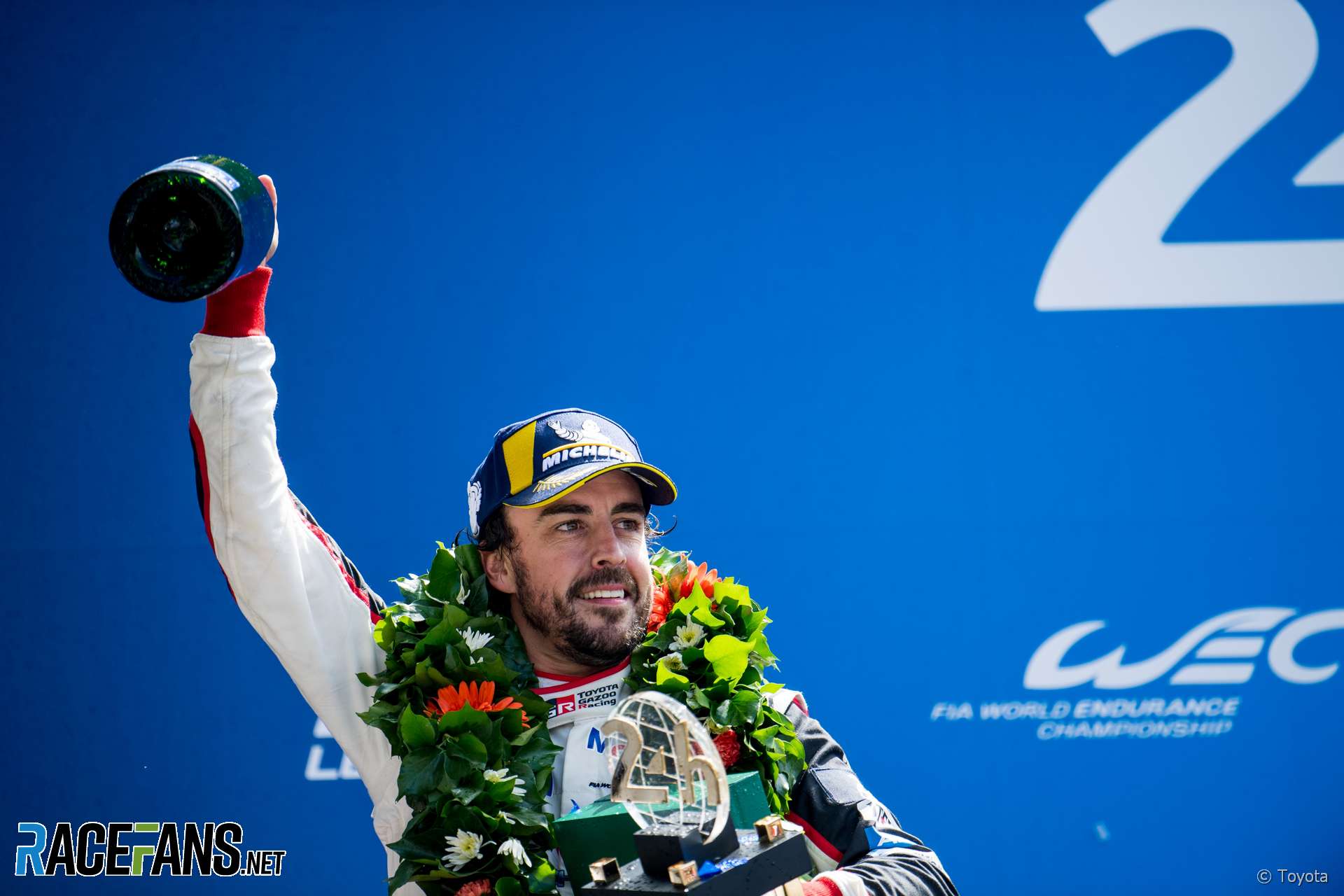 Fernando Alonso admits he has not fully recovered from his race-winning drive in last weekend’s Le Mans 24 Hours.

The McLaren Formula 1 driver, who is racing in the World Endurance Championship for Toyota, said he was at “90%” and “still recovering” ahead of this weekend’s French Grand Prix.

“The adrenaline keeps you awake basically all night. I slept and hour and a half more or less, half asleep, because I was controlling the times through the night. It was a nice experience. Obviously I did the Daytona 24 Hours in January to get experience and practice how the 24 hour races were in terms of physically demands and mental demands as well. Everything was under control.”

Alonso’s night stint in the Toyota TS050 helped bring the car he shared with Kazuki Nakajima and Sebastien Buemi back into contention with the team’s sister car. However he revealed he was unaware how much progress he was making.

“At night obviously you are so focused and concentrating on traffic and all the other stuff you are not totally aware of the gap between the two cars, if you are faster or slower, you are just trying to put some laps together and some stints clean without any mistake.

“When I finished my fourth stint and I asked the gap obviously we reduced by one minute and a half, one minute 45, and that was great. But during the stint I was not aware of the pace or anything.”

Alonso rejected the suggestion his victory would have had more value if Toyota had faced opposition from other manufacturer teams in LMP1.