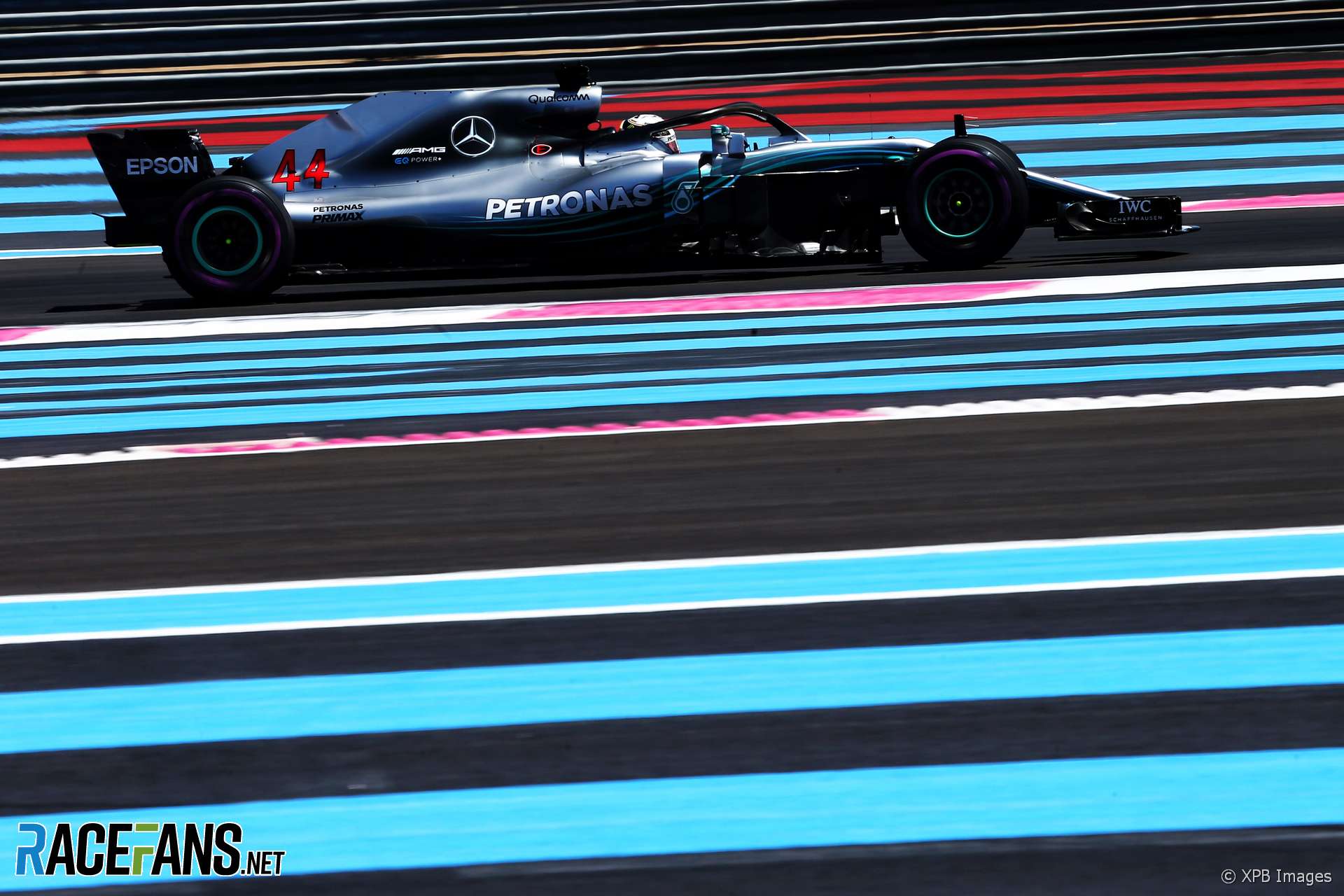 Lewis Hamilton kept his Mercedes on top in the second practice session for the French Grand Prix but his team mate was forced to sit out part of the session.

Valtteri Bottas looked to be on a par with his team mate before a technical problem ended his participation in the session. As the two Ferrari drivers also appeared to have some performance in hand, Hamilton’s ultimate margin in the session appeared to be flattered.

A dramatic spin for Sergio Perez hindered the drivers’ efforts to conduct qualifying simulation runs. The Force India snapped wildly out of control at turn seven when its left-rear wheel fell off without warning. This forced the second red flag appearance of the day.

Romain Grosjean sustained Haas’s strong performance in the second session, lapping just 1.1 seconds off Hamilton’s time. That left him seven-tenths of a second ahead of the next midfield runner, Fernando Alonso, who did his time at the end of the session when the track was at its best. He then had a quick spin of his own.

Both Haas drivers appeared in the top 10, as did the Toro Rosso of Pierre Gasly once again. However his team mate Brendon Hartley stopped on track with an unhealthy-sounding car late in the session.

The two Renault drivers were outside the top 10 by more than half a second. Carlos Sainz Jnr pitted early in the session complaining of a problem with his car, but ended up within two-hundredths of a second of his team mate.

Marcus Ericsson was unable to take part in the session due to the damage his Sauber suffered when he crashed at the end of second practice.