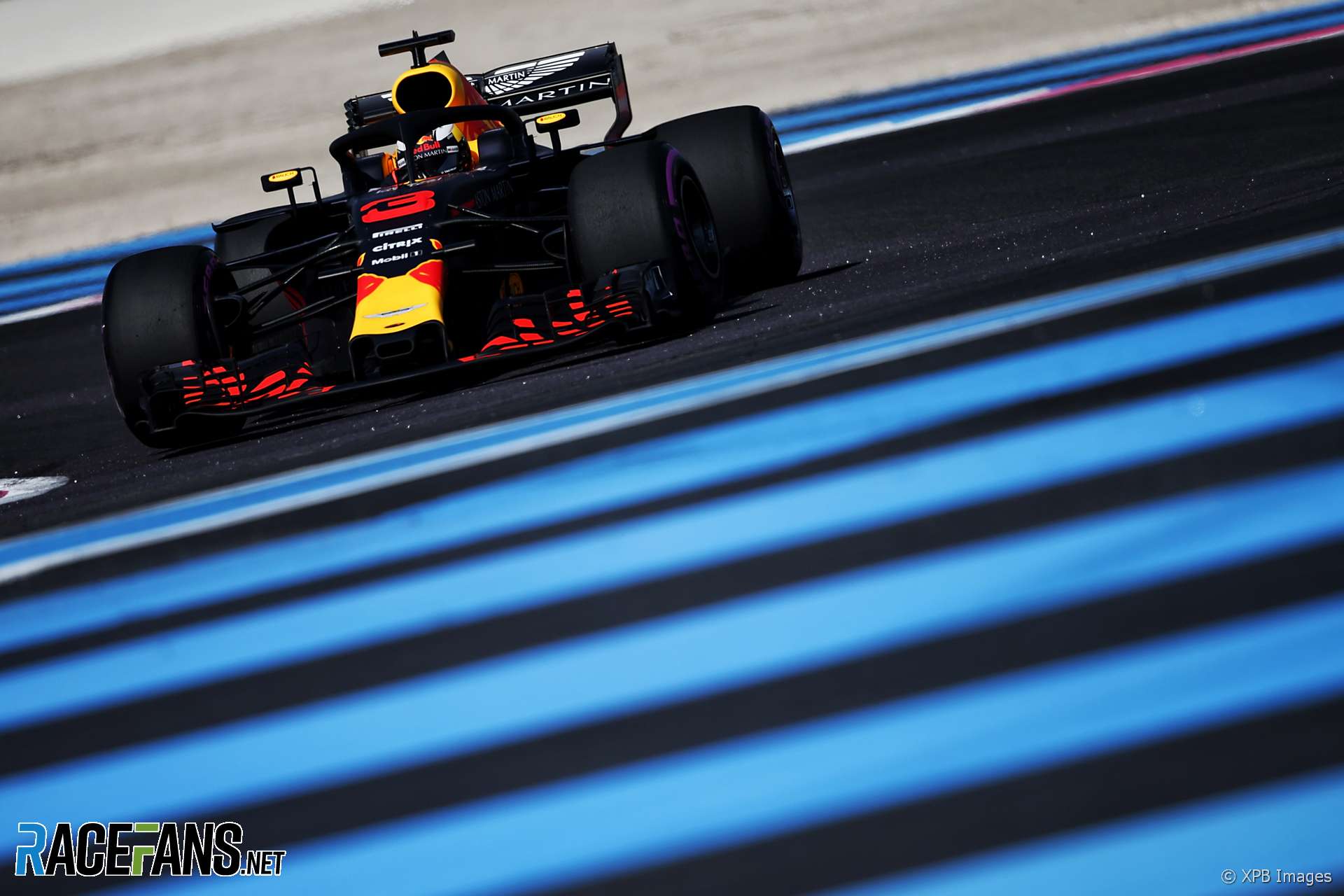 Daniel Ricciardo suspects he may have gone the wrong way on set-up after Red Bull ran different downforce levels on their cars in qualifying for the French Grand Prix.

The rain in final practice prompted Ricciardo to stick with his higher downforce set-up which did not pay off in qualifying.

“Obviously we were pretty evenly matched yesterday but it looked like the low was worth trying for sure so we put that on for this morning to try it out in FP3. [But I] didn’t get to try it because of the weather.”

Ricciardo and his engineer decided to stick with the higher downforce set-up they were familiar with, but that became a problem in qualifying due to the limited scope to make adjustments.

“It was a little bit slow on the straights but also we couldn’t balance it. With what you could do in qualifying that was it. A frustrating session because obviously if you’ve got understeer you know you can do other things with the car but in quali your hands are tied.”

His set-up may still pay off if the rain returns tomorrow, said Ricciardo.

“On paper we’re going to be pretty slow on the straight compared to the guys in front. But if it rains than we might be the lucky dogs.”