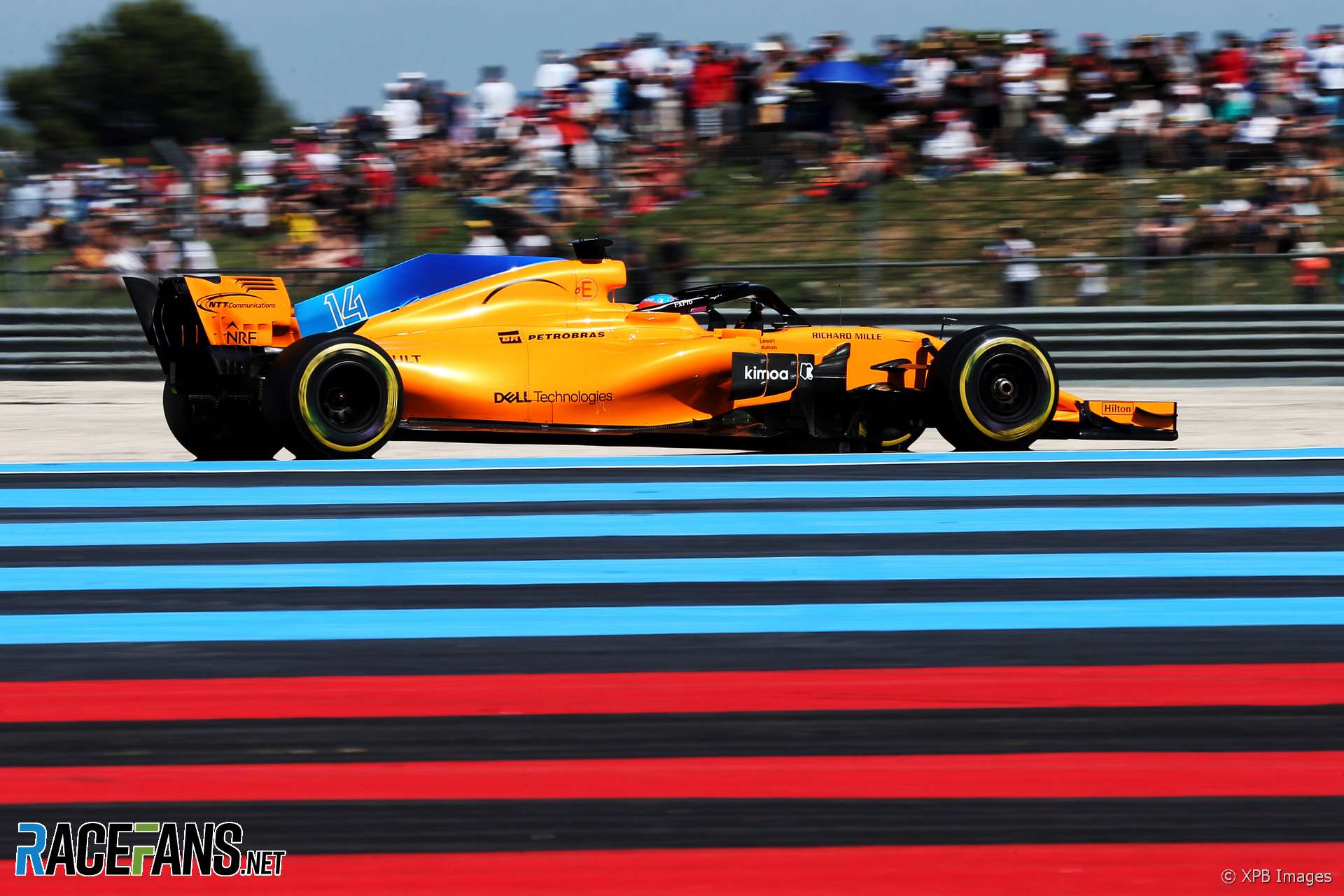 Fernando Alonso says McLaren believed they would be able to reach Q2 in qualifying for the French Grand Prix.

However the team posted its worst qualifying performance of the year as neither of its cars got beyond Q1.

“The car was working but we were slow,” said Alonso. “It was nothing wrong with the balance, I felt OK with all the laps. The timed lap was not quick enough to be in Q2 so that was a disappointing day.”

“This morning at the meeting the team said we are between P14 and P15,” he added. “OK we are P16 but it’s not that we had expectations to be on pole. We know where we are and unfortunately we need to keep improving a lot.”

Alonso described his car as “slow” and said the team hadn’t brought many updates in recent races.

“I think it’s the same car for the last three or four grands prix. So we are slipping back and every race seems less and less competitive.

“We were P15 in Canada in Q1, we were on the borderline already. Here we are one step back. But even in Canada with that performance and that car we were on the points until we had the exhaust pipe on Sunday.”

Although he will start 16th, Alonso has set his sights on adding to his points tally for the first time since the Spanish Grand Prix.

“Saturdays has been a little bit down for us and Sundays up so tomorrow hopefully is one of those Sundays.”