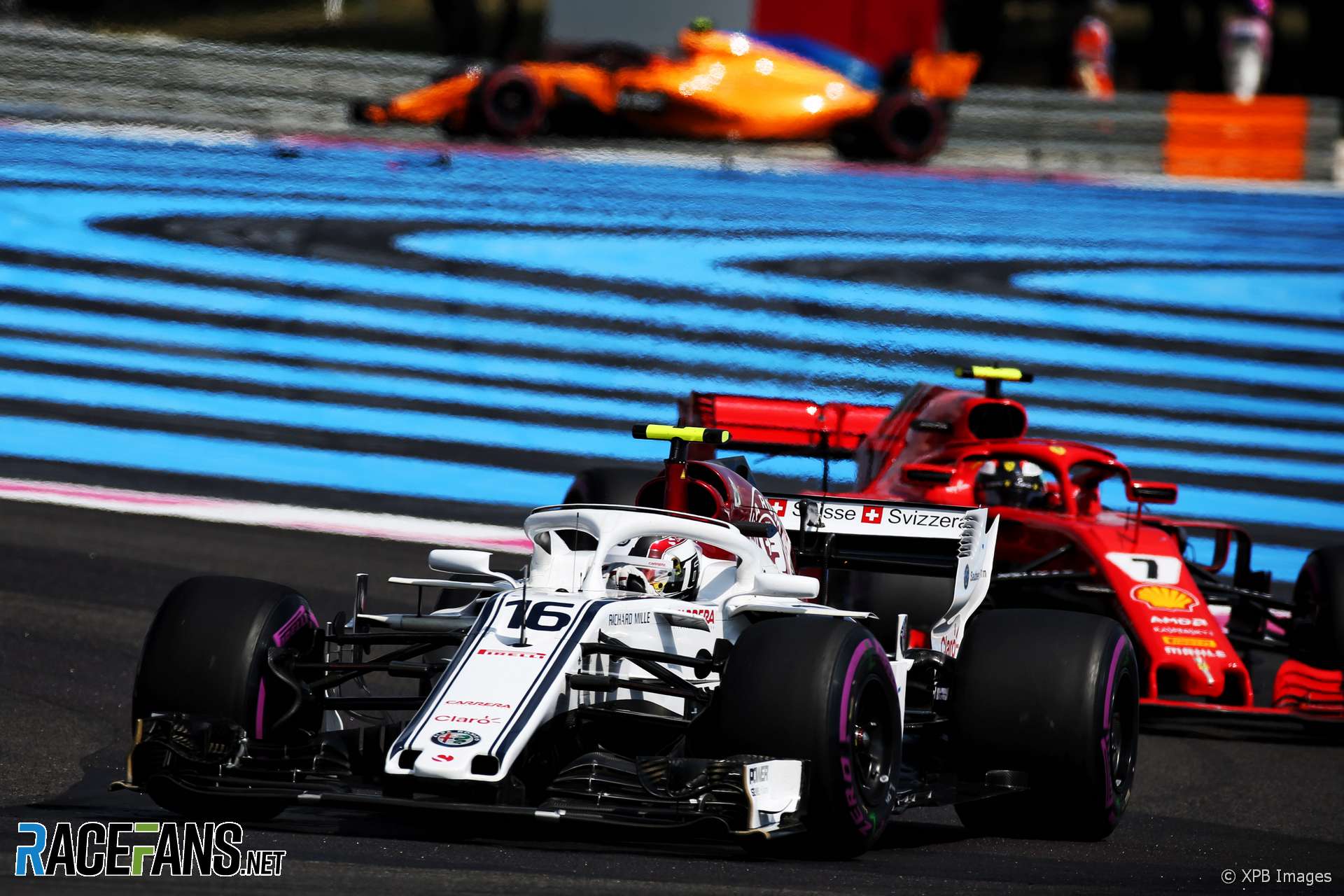 Charles Leclerc and Carlos Sainz Jnr were RaceFans’ Stars of the French Grand Prix. Here’s why.

By his own admission, Friday did not go well at all for Sauber’s rookie driver. He had a couple of spins while getting used to the Paul Ricard circuit.

However he starred in qualifying, reaching Q3 for the first time this year. Not only that but he claimed eighth place on the grid by taking advantage of the Haas drivers’ travails.

Holding on to a place in the top 10 on a day when so many of the quick cars finished was always going to be a challenge. However his robust – but entirely legal – resistance against Romain Grosjean paid off, as he still had the Haas behind at the chequered flag, which meant another points finish.

Eighth place was less than Sainz deserved for one of his best weekends so far since joining Renault. He outdid qualifying specialist team mate Nico Hulkenberg by reaching Q3 and duly delivered a ‘best of the rest’ grid spot.

By dodging the chaos at the start he had the Renault as high as third at one stage. Then came the inevitable slip down the pecking order as faster cars cruised by with DRS. A late engine problem cost him two more places he might have kept.

This is turning into a nightmare season for Grosjean. But at his home race his problems were entirely of his own making.

His Q3 crash meant he only started three places lower than he should have done. But he clashed with Esteban Ocon before the first corner, earning an entirely justifiable penalty.

Unable to pass Leclerc, he was inevitably passed by Vettel and Bottas, but Hulkenberg’s Renault got by too. His penalty prevented him jumping ahead of Leclerc, which meant he took the chequered flag out of the points while his team mate was sixth.

This was accompanied by the usual whingeing on the radio about his rivals’ perfectly legal defensive moves.

Lewis Hamilton and Max Verstappen cruised in first and second, seldom looking under threat. After another thoroughly unimpressive Saturday, Kimi Raikkonen redeemed himself to an extent by passing a hobbled Daniel Ricciardo for third.

Having qualified well, Sebastian Vettel was the architect of his own demise on the first lap. Valtteri Bottas deserved much more than seventh having been hit by the Ferrari.

Kevin Magnussen was right to feel aggrieved that the stewards took no action over Raikkonen blocking him in qualifying. Recovering to sixth ahead of Bottas was a fair reward for his efforts. A mistake in qualifying left Nico Hulkenberg out of Q3 but he recovered to bag more points for Renault.

McLaren’s qualifying weakness hit them harder than ever at Paul Ricard and both cars went out in Q1. Stoffel Vandoorne recovered to 12th but Fernando Alonso clashed with Vettel and was classified 16th after picking up damage. The Williams pair ran around at the back of the field until a puncture pitched Lance Stroll off at high speed.

A crash in practice left Marcus Ericsson on the back foot, though he didn’t appear to have the pace of his team mate. It was a wasted weekend for the Force India duo, neither of which saw the chequered flag. Pierre Gasly also went out at the start, and team mate Brendon Hartley was out of the fight for points after a Honda power unit change left him last on the grid.