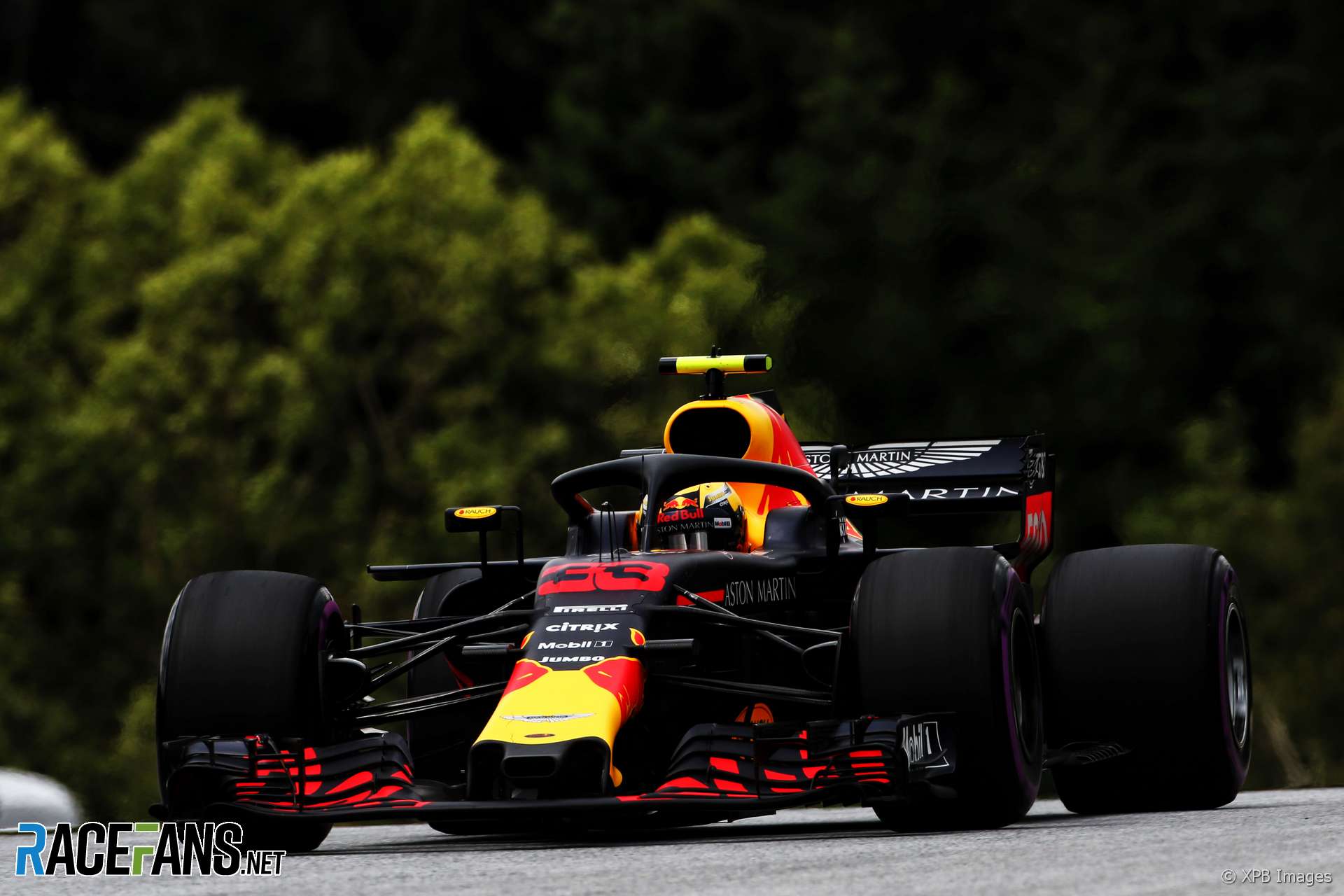 The Red Bull Ring produces the shortest lap time on the F1 calendar. So while Mercedes led the way on Friday, the margins were very fine, and the slightest error by their drivers in qualifying tomorrow will open the door for the Ferrari or even Red Bull drivers to take advantage.

Lewis Hamilton and Valtteri Bottas were first and second in both sessions, as they probably would have been last week at Paul Ricard had Bottas not suffered a water leak on his car. But Sebastian Vettel was just two tenths of a second behind them in the Ferrari, and tends to show less of his true pace on Fridays than the Mercedes drivers do.

In the second practice session the ultra-soft tyre was graining and some drivers, including Hamilton, were unable to improve their lap time on it. It therefore seems likely that we will once again see some of the quicker drivers opt to complete Q2 on a harder tyre in order to start on it.

“If you have some graining on the ultra it is clear that this is affecting the performance,” said Pirelli’s sporting director Mario Isola. “So I’m not surprised if tomorrow in quali we see somebody in the top teams trying to qualify for example in the super-soft, targeting a one-stop race with the super-soft and soft.”

Isola added that if the conditions remain dry overnight the track could continue to increase in grip and graining may no longer be a factor. A few hours later, the heavens opened…

The early indication therefore is that, contrary to Pirelli’s goal for the season, a one-stop strategy will again be the way to go.

“Considering that the most representative test was this afternoon in FP2 with full tank and so on I believe some of them are targeting a one-stop race using the super and the soft,” said Isola.

Romain Grosjean indicated it isn’t just the front-running teams who are favouring the harder compounds.

“It’s sometimes surprising with Pirelli that you go faster on a stiffer, harder compound,” he said. “They’re just more resilient. They don’t wash out. You can actually get a better lap time out of it.

“But I haven’t tried a soft here, which I think is a really good tyre. We’ve been working on super-soft and ultra-soft.”

The Haas drivers were comfortably ‘best of the rest’ on Friday, indicating both should be able to get into Q3 again.

Behind them the Red Bull Ring’s short lap will make the cut-off to get into Q2 and Q3 extremely close. A tenth of a second covered four different cars from 10th to 13th on best overall Friday times (below).

The first stage of qualifying on Saturday is likely to be a fraught affair with drivers vying for position on a congested track and potentially needing multiple laps to get the best out of their tyres. It should be a riveting session even if it stays dry, and with Meteo France indicating a 40% chance of rain for the session, that is not a given.