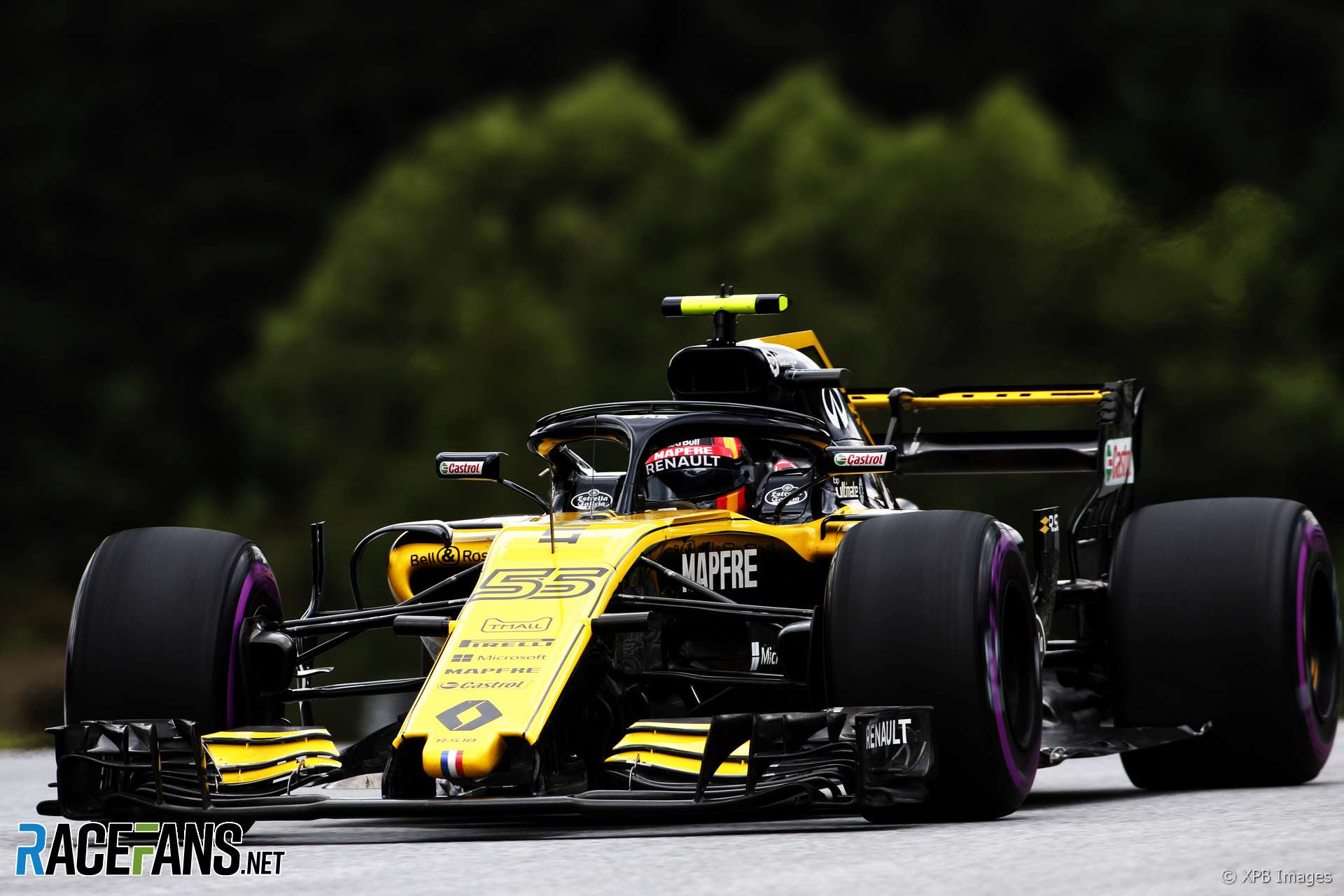 Renault will be able to extract more power from its engine in qualifying this weekend following the upgrade to its MGU-K.

But chief technical officer Bob Bell said the new setting is not on a par with those used by the likes of Mercedes, which was referred to as ‘party mode’ by Lewis Hamilton earlier this year.

“I’m not quite sure I’d describe our qualifying opportunities as a ‘party mode’,” Bell told media including RaceFans at the Red Bull Ring. “[It’s] probably not quite in the same league as was previously run at other engine manufacturers.”

RaceFans understands Renault’s qualifying boost is worth around 15bhp.

“We have some improvements to the engine that come on a race-by-race basis,” Bell explained. “We’re always finding new ways with these engines to operate them to get a little bit more performance.

“I think Renault have been a little bit behind the curve on that but we’re starting to pick it up now. We’ve got a small improvement but it’s not ‘night and day’ stuff.”

Bell added the mode is “something we might try in a practice session on a Friday to make sure it’s not having some unintended consequence, but its first use in anger is more likely to be in qualifying.”

The team’s long-awaited upgrade to the MGU-K brings two main benefits, according to Bell. “It’s lighter, so it frees up a bit of ballast, which is always good, so we can effect the [centre of gravity] of the car a bit more. And it’s probably more reliable than the old one. So it’s win-win, really.”