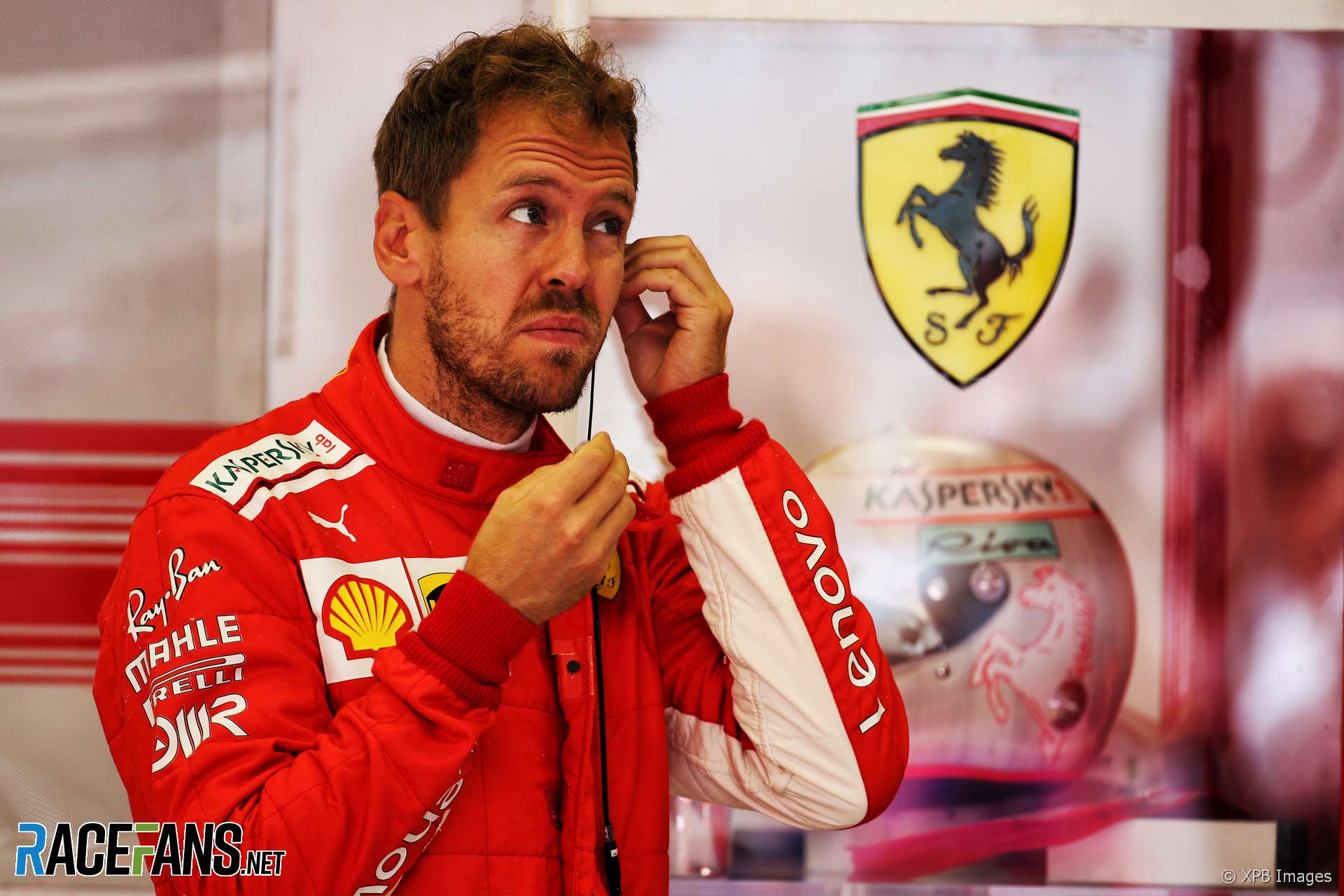 Sebastian Vettel’s three-place grid penalty was inevitably the biggest talking point in the Formula 1 paddock after qualifying for the Austrian Grand Prix. Are Ferrari at risk of throwing the title away, asks @DieterRencken.

Head for circuit, have plenty of time on my hands before the day’s activities kick off. Or so I think – en route I receive a message requesting that I head for Red Bull’s Holzhaus, the team’s ersatz energy station as described here, for a chat with Christian Horner. The interview had been scheduled for Friday, but postponed at the last minute – and a replacement slot promised.

During our discussion I put to Horner that Red Bull may like to make an attempt on the Nürburgring Nordschleife lap record – smashed earlier this week by Porsche’s 919 Tribute – with an adapted F1 car. It would be, I venture, in line with the ‘edgy’ activities Red Bull excels in, while being the sort of challenge Adrian Newey would surely relish. Christian’s response is rather more interesting than the flat ‘no’ we got from Mercedes – more to come soon.

Lunch time. Where normally I would head for one of the generous teams, the fare put on by the media centre tickles my fancy, so I head downstairs for meatballs, mash, spätzle in a cheese sauce – fried pasta prepared risotto style – and browned onions, completed by hazelnut/raspberry tart. It’s as good as it sounds.

During lunch we discuss the effects of Liberty’s decision to shift activities by an hour (plus ten minutes for the race itself). After all, it’s still two hours to qualifying, and we agree that the days now stretch out: we arrive at the same time, yet leave an hour earlier. This, if anything, reduces access to drivers, who attend post-qualifying debriefs followed by evening sponsor functions, and now have less time for interviews.

How the time shift increases overall audiences is beyond us – it may play to western audiences, but ratings in Asia surely suffer.

Qualifying over, it’s time to head for interviews. I bump into a delighted Carlos Sainz, whose son has again ‘done’ Renault team-mate Nico Hulkenberg despite being impeded by Sebastian Vettel, who subsequently gets docked three grid places. We are joined by Mark Webber, doing TV and announcer duties, who refers to Carlos as ‘champ’. That says it all.

While waiting for Brendon Hartley I’m introduced to his father Bryan. It transpires the Kiwi is a dyed-in-the-wool petrol-head who raced single seaters in New Zealand and Australia – including support events at the last Adelaide F1 grand prix – and has a solid reputation as an engine preparation wizard. Indeed, he and son Nelson built the 1964 Mini 1000 that holds two Bonneville speed record for the category, driven by Nelson.

News of Vettel’s penalty comes through, and almost immediately I receive messages criticising the decision. One poster suggests the stewards are trying to ‘kill the race’, and that they should have ignored the infringement in the interests of the championship.

I’m astounded: sport is predicated upon a level playing field, and penalties apply up and down the grid. Seb blocked Carlos, admittedly inadvertently, and could so easily have spoiled the Spaniard’s race by preventing his progress into Q3. As such the three grid-slot penalty is not only fair, but in line with precedents.

My view is simple: if you’re upset about penalties imposed on your favourite drivers, blame them (or their teams, as the case may be), not the stewards. In this case the team failed to warn Vettel, on his slowdown lap, that a faster car was approaching.

Am I alone in thinking that, given the various incidents Vettel and Ferrari have been involved in this year, that the Scuderia simply do not want this year’s titles?

Interview over, it’s time for catch-up calls with the editors of various outlets I supply. Thereafter I head downstairs for dinner: spaghetti bolognese, followed by fruit and yoghurt. I’m out of the circuit by 8:30pm – and pack, ready to check out of the apartment early on Sunday.