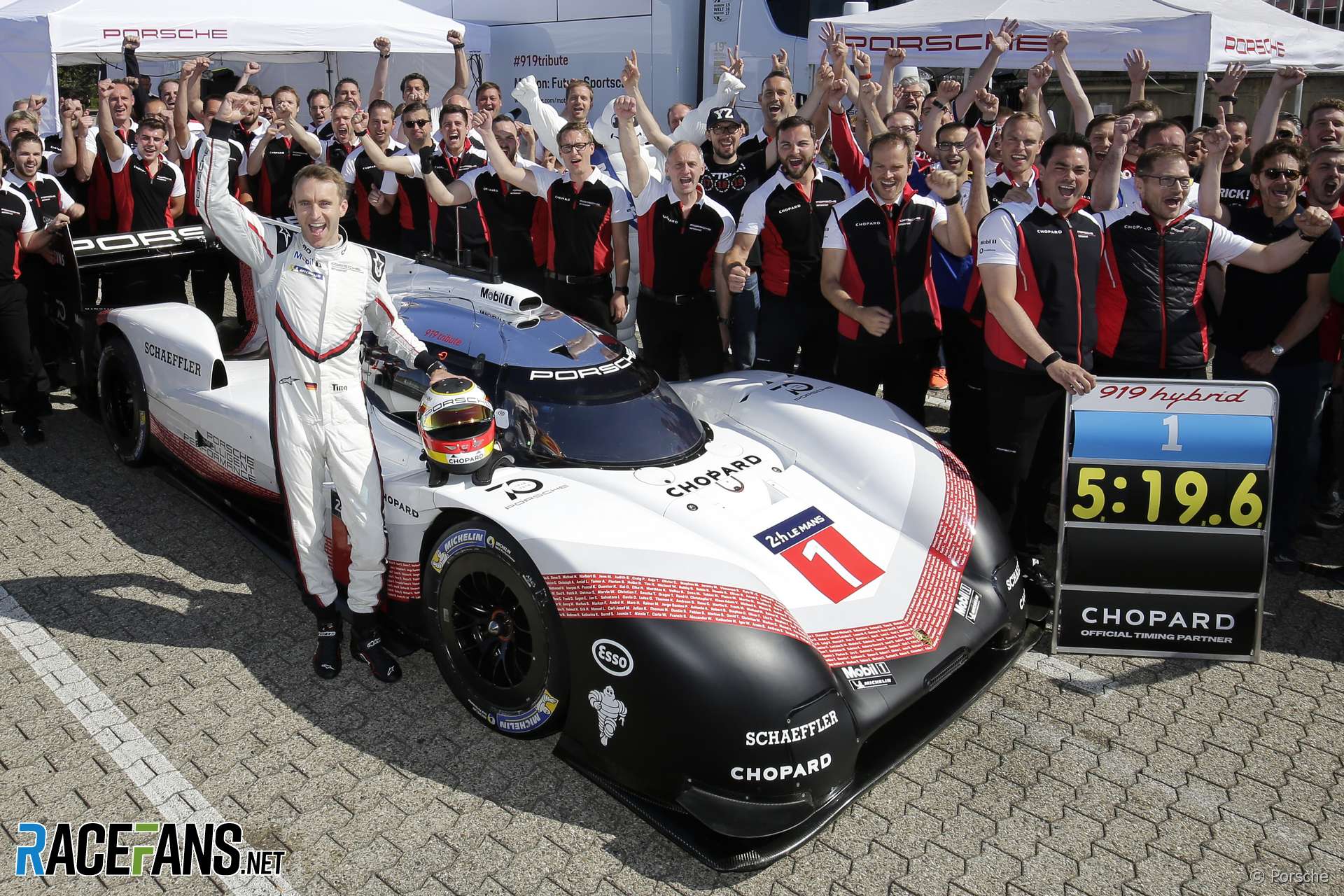 However he told RaceFans the track version of the Valkyrie hypercar it is developing in conjunction with Aston Martin will be “a contender” for the outright record.

Porsche used a development of its LMP1 919 Hybrid to beat the 35-year-old course record for the Nurburgring Nordschleife on Friday. F1 champions Mercedes have already ruled out an attempt at beating the time.

Asked whether Red Bull would attempt to beat the time with its F1 car Horner pointed out Porsche’s 919 Tribute, which no longer complies with the WEC’s LMP1 specification, has already out-performed F1 machinery.

“The problem is their LMP1 car broke the record in Spa which was beating a Formula 1 car time,” he told RaceFans in an exclusive interview. “I’m not sure a Formula 1 car could actually do it.

The Valkyrie road car has been created in collaboration between Red Bull and its title sponsor Aston Martin. The brief for producing the track version of the car was to rival LMP1 and Formula One performance levels.

All 25 examples of the Aston Martin Valkyrie AMR Pro have already been sold, though Horner says the company won’t have a running prototype of the car until late summer.

The car is expected to weigh 1,000kg and produce a similar amount of downforce, and will be propelled by a 1,100bhp V12 engine. Horner believes it will be able to rival the Porsche’s record lap time of 5’19.546 for the 20-kilometre track.

“It’s a few years off because the car’s still on the drawing board,” said Horner, “but I’d be surprised if that car didn’t have the potential to do that.”