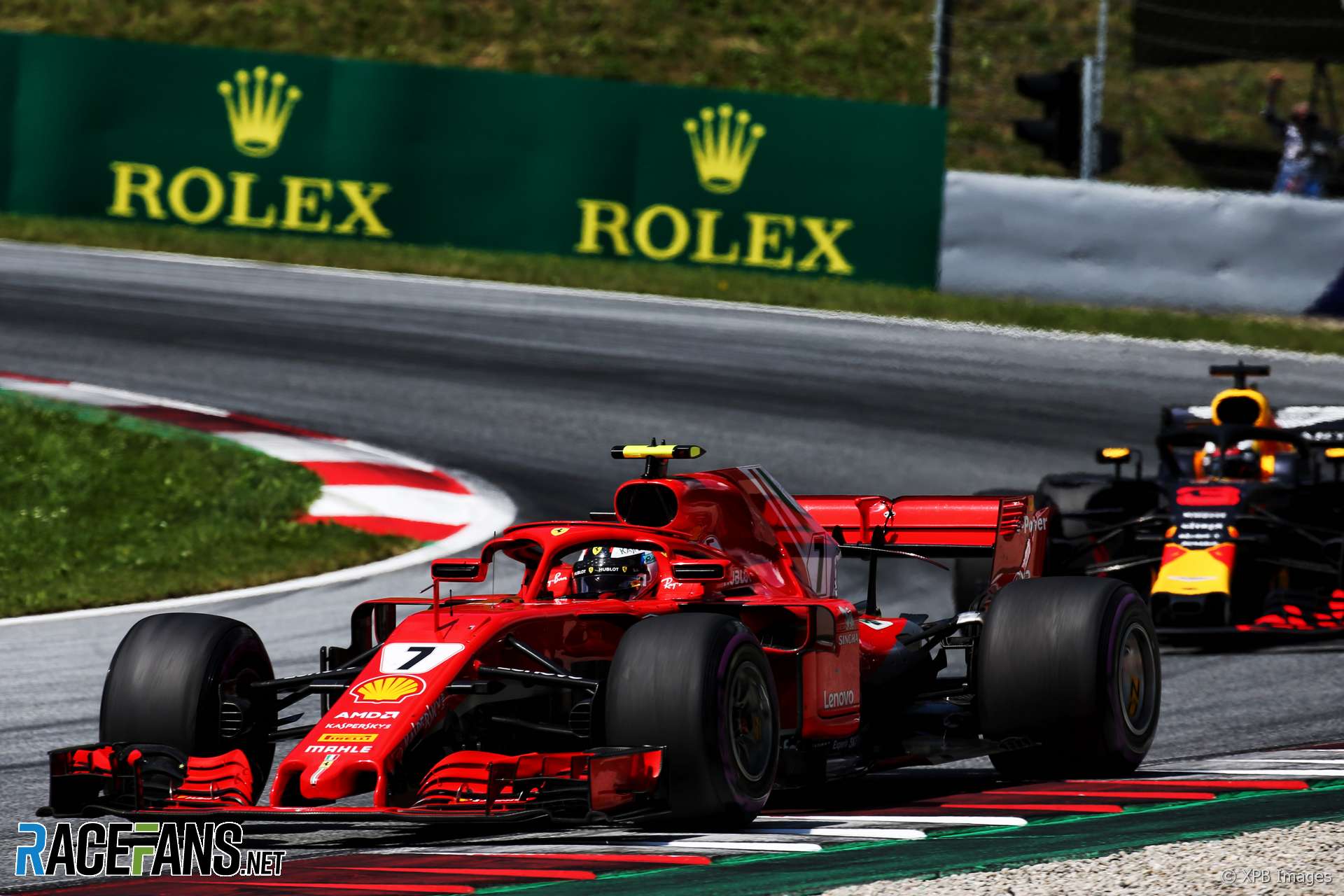 In the round-up: Toto Wolff says it would have been a “brutal” call for Ferrari to order Kimi Raikkonen to let Sebastian Vettel finish in front of him in Austria.

RaceFans asked Toto Wolff whether he was surprised Ferrari hadn’t promoted their leading driver in the championship:

We wouldn’t have and I’m not surprised that they didn’t. I think for the sake of the sport and the fans and the drivers, at that stage of the season, the beginning of July, switching drivers is quite a brutal call. They haven’t done it, we wouldn’t have done it.

Great race in Austria yet seeing tweets from people saying no racing, no overtaking, etc which confuses me…Seb, Lewis, Kimi, Bottas, Max, & Daniel ALL overtook & battled with at least one of the other top guys! It really is hard to please some people…

"Our car seems to be best at high-speed circuits, and with Silverstone being one of them, for sure we’re hoping to have a good result there, as well."

"The combined average audience of 1.94 million viewers is the third race in a row where Formula 1 has recorded an average below two million viewers."

Should Mercedes have expected Hamilton to get on with his job without throwing Vowles under the bus? (Daily Mail)

Bernie Ecclestone: "We looked bloody hard at getting a race in Miami in my time, and we encountered various obstacles. These guys might manage to get the deal done, but it will be tough. It is not just about money, but about other issues."

Is Sergio Perez justified in his complaint about Force India’s team orders in Austria?

I don’t know why Perez is acting so disillusioned with the team order.

I remember they asked Ocon to let Perez through (probably because Perez on super-softs was capable of chasing down the car in front). After he failed to do so, they reversed positions again. Seems fairly standard.

Maybe Perez should have raced Ocon for the position if he wanted to finish in front.
@Todfod