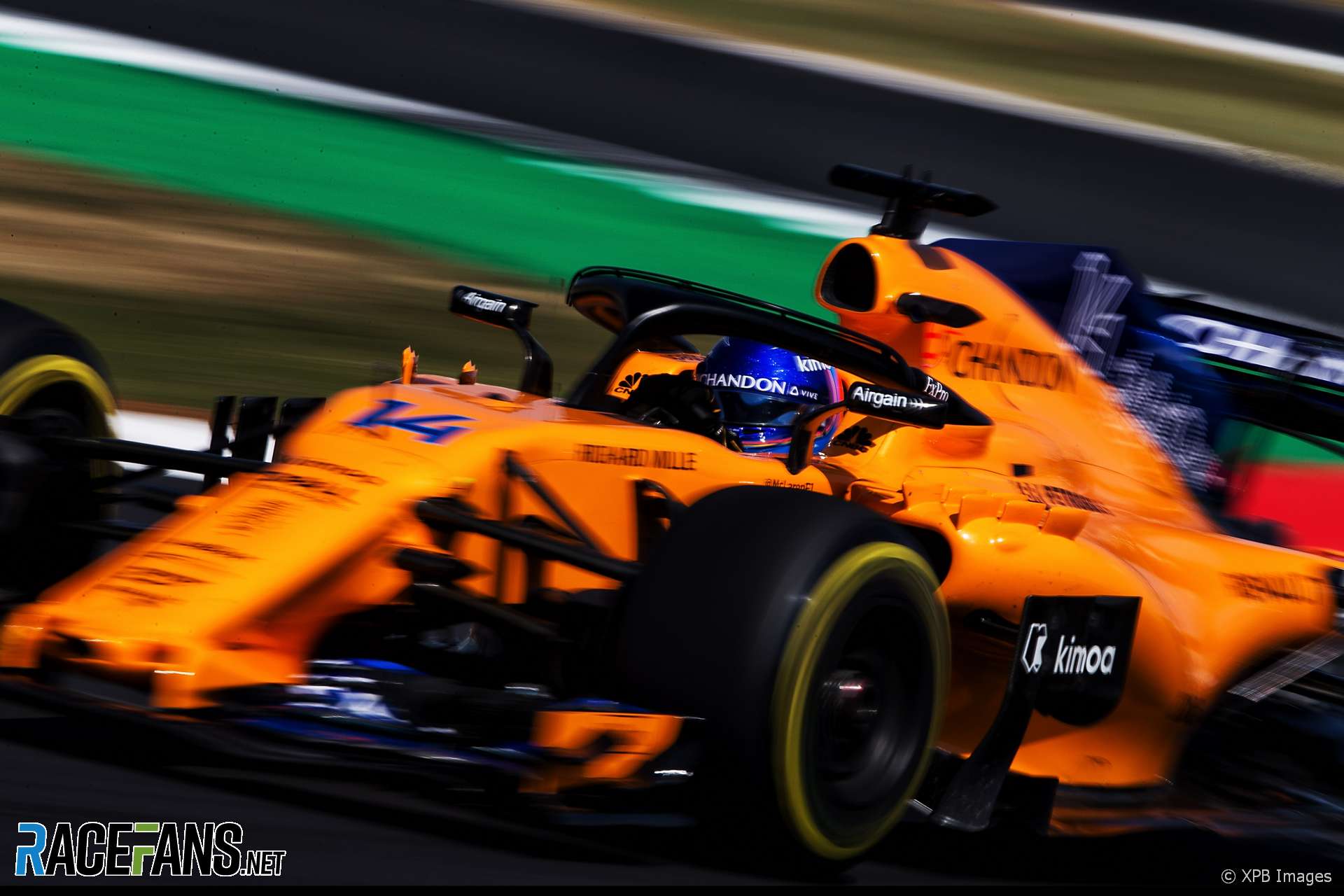 Fernando Alonso said Silverstone’s new surface is no worse than last year after Lewis Hamilton said whoever laid it had done the “worst job ever”.

Hamilton, who also criticised the new surface which was laid at the Circuit de Catalunya this year, said Silverstone’s new surface reminded him of the Nurburgring Nordschleife.

“I feel like countries seem to waste money when they resurface tracks,” said Hamilton. “They’ve wasted money which could have gone to much better use. And secondly the people they hired did the worst job ever. It’s the bumpiest track I’ve ever experienced.”

“They don’t remember the race last year?” said Alonso. “It was very bumpy the last two or three years. There’s still some bumps because I think it’s the nature of the circuit here or the ground. But it’s definitely much better than last year.”

“The track is in good condition,” he added. “The new asphalt is better, less bumpy, more grip. The third DRS zone probably gives us an opportunity in the race as well.”

However Hamilton isn’t happy with the new DRS zone either. “It’s kind of a pointless exercise and kind of just dangerous,” he said.

Hamilton questioned why a zone had been added at that corner when F1 drivers were stopped from using DRS freely several years earlier on safety grounds. “We used to have DRS everywhere and we had to engage it, take it off,” he said. “They stopped us from doing that because people were spinning off.

“It’s just kind of not necessary really to have it through there, but we’re all managing,” he added. “But if someone sticks in qualifying they’re going to crash so that’s why it’s kind of an unnecessary danger.”