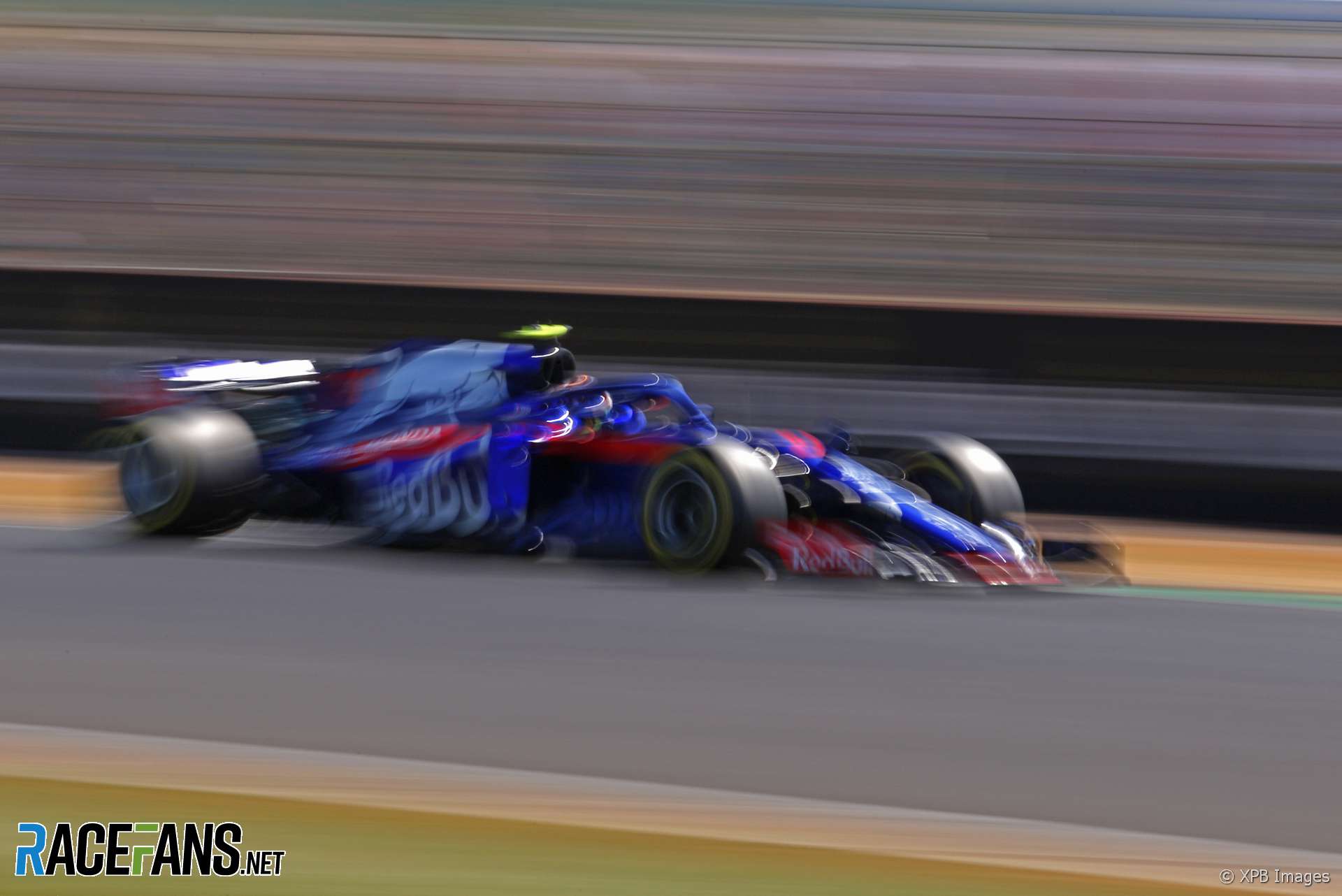 Pierre Gasly doubts Toro Rosso will be able to score points in today’s British Grand Prix as they are too slow on Silverstone’s straights.

Gasly, who qualified 14th, was happy with his car’s balance but said he was losing too much time between corners.

“The car was actually really good,” he told media including RaceFans at Silverstone. “I was surprised. I think since the beginning of the weekend I did five push laps between P1, P2 and P3, and the car was mega.

“But just with the long straight at the moment it’s crazy how much time we lose. We knew that on a track like this with turn one and nine being flat we will struggle.

“[We’re] talking about nine-tenths compared to Force India and Sauber so [it’s] just very difficult to fight. The car in the corners, looking at the GPS we are faster and looks pretty good, but just in the straight at the moment we are really slow.”

Asked by RaceFans whether he expects to Toro Rosso’s three-race point-less streak in today’s race, Gasly said: “Objectively, no.”

“We have no pace. No pace not coming from the car but from the engine. You know when you have no straight-line speed it’s difficult to overtake, difficult to defend.

“Objectively, at the moment, we actually were surprised to go into Q2 because we lost so much time in the straights at the beginning of the weekend that we knew we will struggle. We cannot recover nine-tenths in the corners.

“In the end it was a good day but [Sunday] will be difficult. [On] race day you know that you can always expect something at the front but in normal conditions at the moment we need to find much more straight-line speed.”

Gasly said he hadn’t been concerned at all about returning to the cockpit after team mate Brendon Hartley’s crash in practice. “Honestly I didn’t think about it at all.”