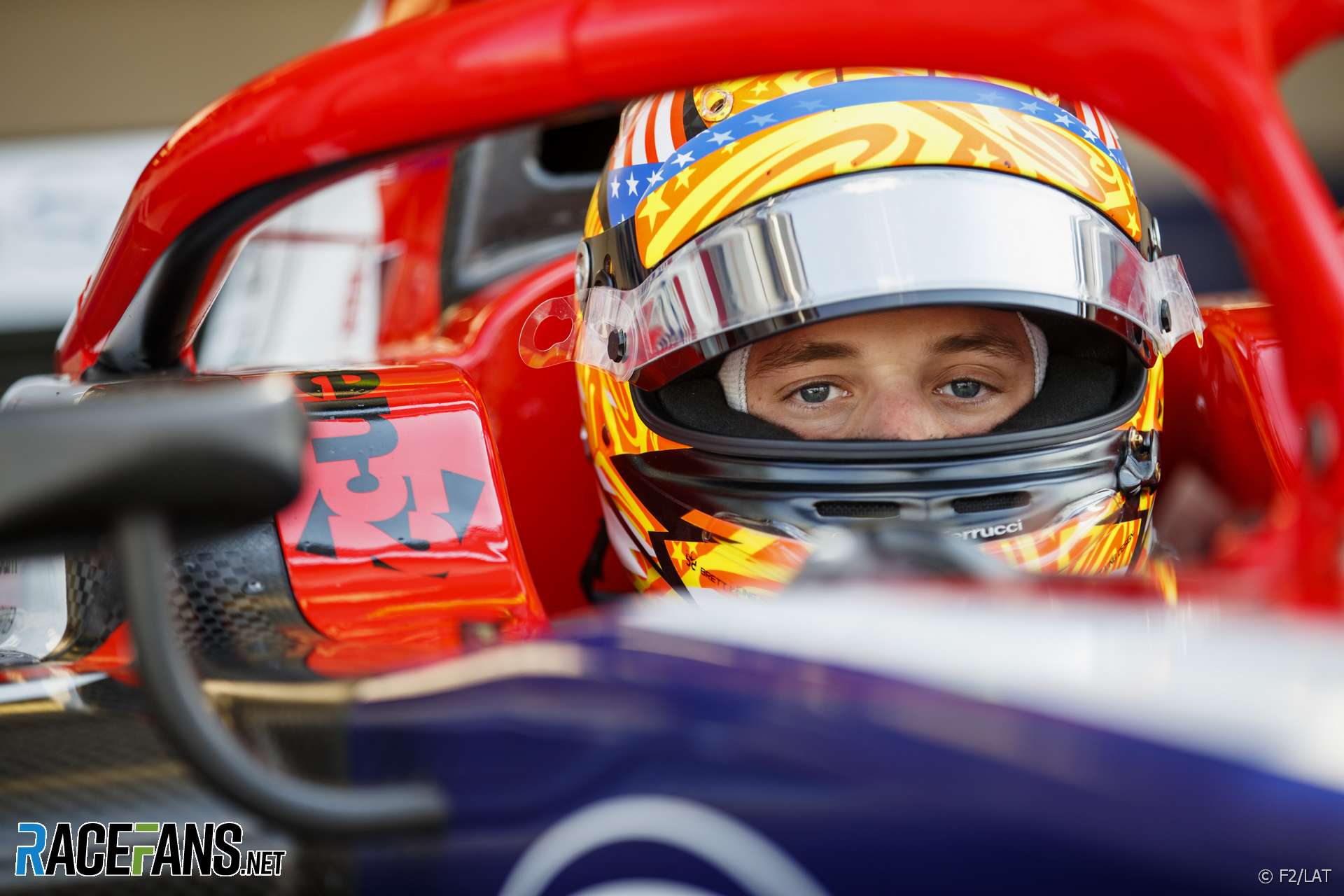 Formula Two driver Santino Ferrucci, who is banned from competing in the next four races of the series, was refused permission by the championship to run Donald Trump’s 2016 presidential campaign slogan on his car last weekend.

Ferrucci’s F2 team Trident wrote to the championship’s director Bruno Michel requesting permission to run the slogan “Trump – Make America Great Again” on his car during last weekend’s races at Silverstone. Michel rejected the request on the grounds that political slogans are not permitted in the championship.

“Article 10.6.2(a) of the International Sporting Code expressly states that competitors taking part in international competitions are not allowed to affix to their automobiles advertising that is political in nature,” Michel wrote in response.

“Given the political nature of the image you have requested to display on the car, we hereby confirm that it is prohibited under the terms of the rules.”

RaceFans understands the letter, which has been widely circulated on social media, is authentic.

Ferrucci received his ban, which covers the next two F2 race weekends, after deliberately colliding with team mate Arjun Maini at the end of Sunday’s sprint race. He also repeatedly ignored summons from the stewards to appear before them and was found to have driven to the starting grid while holding his phone.

The Trident team accused Ferrucci and his father, who accompanies him to most races, of “unsportsmanlike and above all uncivilised behavior” towards his team mate.

The timing of Ferrucci’s request to run the slogan may be related to Trump’s scheduled visit to the UK this weekend.

An F2 spokesperson refused to comment on the matter, including whether the championship had granted or withdrawn permission for Ferrucci’s team mate to run any slogans on his car.

Maini’s car featured the phrase “Justice for Asifa” on its nose from the early in the season until the Monaco round. The slogan refers to the ongoing trial of eight men for the alleged murder, torture and rape of eight-year-old Asifa Bano in Kashmir earlier this year.

Pro-Trump messages have appeared on racing cars in other series. Most notably, NASCAR driver Reed Sorensen carried a pro-Trump slogan on his car during the championship’s round at Texas Motor Speedway, two days before the last US presidential election in 2016.