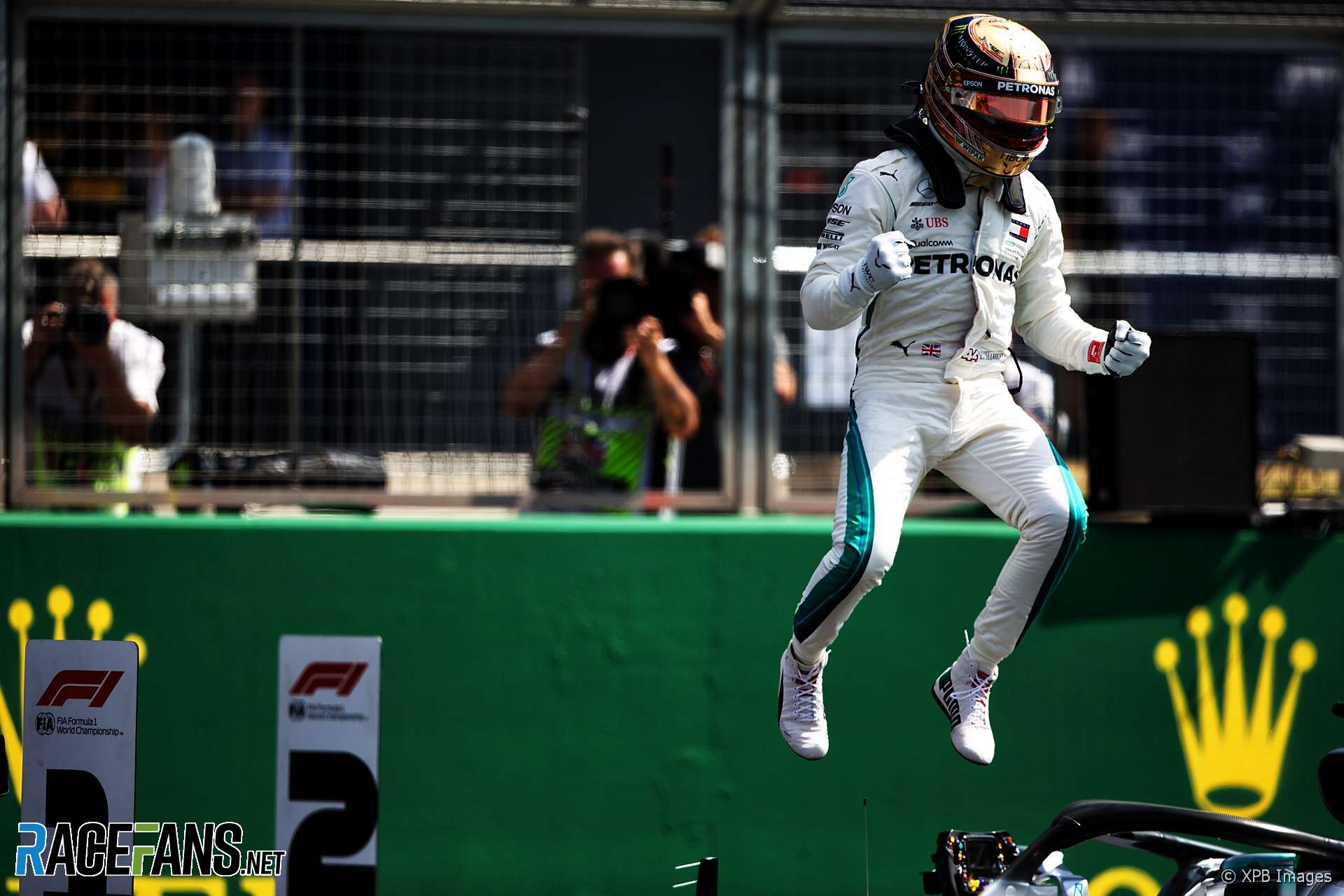 Lewis Hamilton may not have taken a record-breaking sixth win the British Grand Prix last weekend, but he did match another record belonging to his Formula 1 hero Ayrton Senna.

Hamilton’s sixth pole position at Silverstone means he has tied Senna’s record for most pole positions in a driver’s home race. Senna scored three poles at Jacarepagua and three more at Interlagos in front of his home crowd.

More obscurely, Hamilton also became the first driver to take eight podium finished in the British Grand Prix. Unsurprisingly, he wasn’t in the least bit interested in having such details pointed out to him in the wake of Sebastian Vettel’s win on Sunday.

“It doesn’t mean anything to me at the moment,” said Hamilton, still fuming at being punted off by Vettel’s team mate on the first lap. “I’m not a record person so it doesn’t really hold much to me.”

Vettel took his 51st career win, which means he draws level with Alain Prost on third place on the all-time winners’ list. He set the 34th fastest lap of his career, and first since Mexico last year, on the way.

With Kimi Raikkonen in third place, Ferrari equalled their best result of the year. Mercedes is the only team to have scored a one-two so far.

Fernando Alonso became the fourth driver in F1 history to start 300 grands prix (he marked his 300th race weekend in Canada). If he returns for another season next year he should surpass Rubens Barrichello’s record of 322 race starts, set between 1993 and 2011.

The McLaren driver doesn’t seem to be slowing down: He maintained his perfect record in qualifying against his team mate, out-qualified Stoffel Vandoorne for the 10th time in as many races. Vettel has the next-best record this year, 9-1 up against Raikkonen.

Alonso added more points to McLaren’s tally but couldn’t stop them from losing a position in the championship for the second weekend in a row, falling to seventh. Last year they had two points after 10 races, so 48 today represents a huge improvement. But they scored 40 in the first five races and eight in the last five…

Toro Rosso are also struggling. They posted their fourth consecutive no-score last weekend, the worst run of any team this year with one exception. This is, of course, Williams, whose driver Sergey Sirotkin is the only one still yet to score after the first 10 races. He hasn’t even completed a lap inside the top 10 yet.

Retirements for Charles Leclerc and Carlos Sainz Jnr mean Vettel is now the only driver to see the chequered flag in every race. The world championship leader has also scored point in every round.

Finally, having reached Q3 at every round so far this year, Sainz surprisingly failed to make it out of Q1 on Saturday. The same five drivers have reached Q3 at every race this year: the Mercedes and Ferrari duos, plus Daniel Ricciardo. Of these the best run belongs to Raikkonen, who last failed to reach Q3 at the Hungaroring in 2016, and last weekend achieved his 40th consecutive Q3 appearance.

Have you spotted any other interesting stats and facts from the British Grand Prix? Share them in the comments.

45 comments on “Hamilton equalled another Senna record at Silverstone”