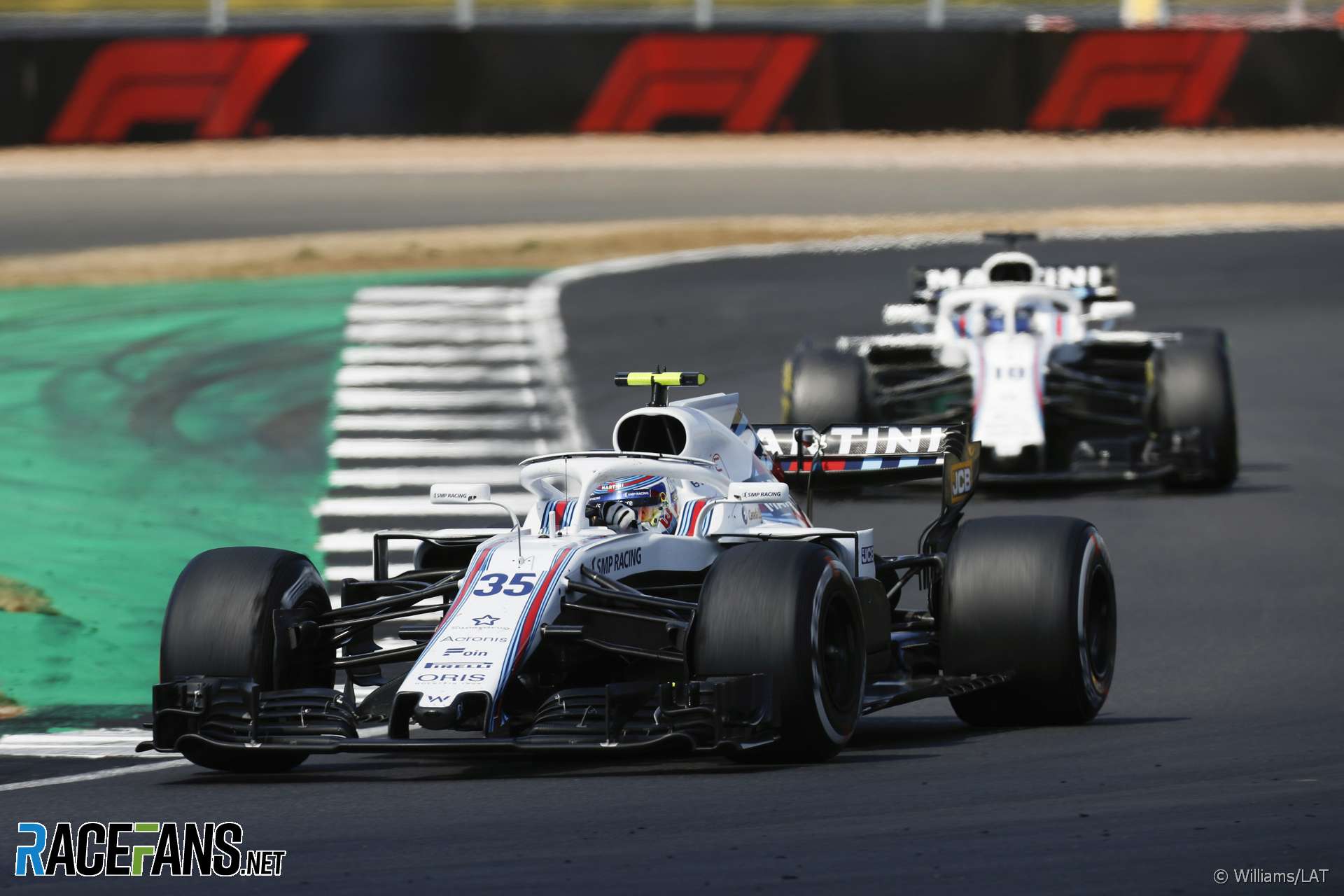 Williams chief technical officer Paddy Lowe says the team is not giving up on the concept behind its 2018 Formula 1 car despite its latest setback.

The team languishes at the bottom of the championship table having only scored points at a single race so far this year. Both cars had to start from the pits at Silverstone when the team belatedly discovered a new rear wing upgrade was causing its diffuser to stall when DRS was deactivated.

However when asked by RaceFans, Lowe said the team will not abandon the new aerodynamic concept it introduced with the FW41.

“I think we’ll just keep doing the best we can with this car,” he said. “We do keep making steps. We will migrate these steps to make them more simply purely relevant to next year rather than things that are not only relevant to this car.”

Lowe said the team can make progress for next season while solving the problems with its current car.

After the race Lowe explained how the team diagnosed the “catastrophic” rear wing problem.

“We put some new parts on the car, most particularly a rear wing on Friday, and we did our normal evaluations to check we had all the stability that we need on such parts, especially around the rear end. We adopted those parts, then we went also making some other changes overnight that you do normally on Friday: adjustments to cooling, change from what we call Friday floors to Saturday race floors which are a little bit lighter.

“And then we found this problem which was intermittent but really quite catastrophic as we saw with the cars in qualifying. On one car it happened on one DRS zone and on the other one the other. They were each fine in the other DRS zone so it’s intermittent like that.

“In that situation it’s really such an extreme loss of downforce that it’s not really safe. Of course we could consider without using any DRS but that’s not a way to compete. So we don’t really know exactly what the cause is. The best thing to do is to go back to a known combination of parts to run for the race which we did and we had no problems with the race at all.”