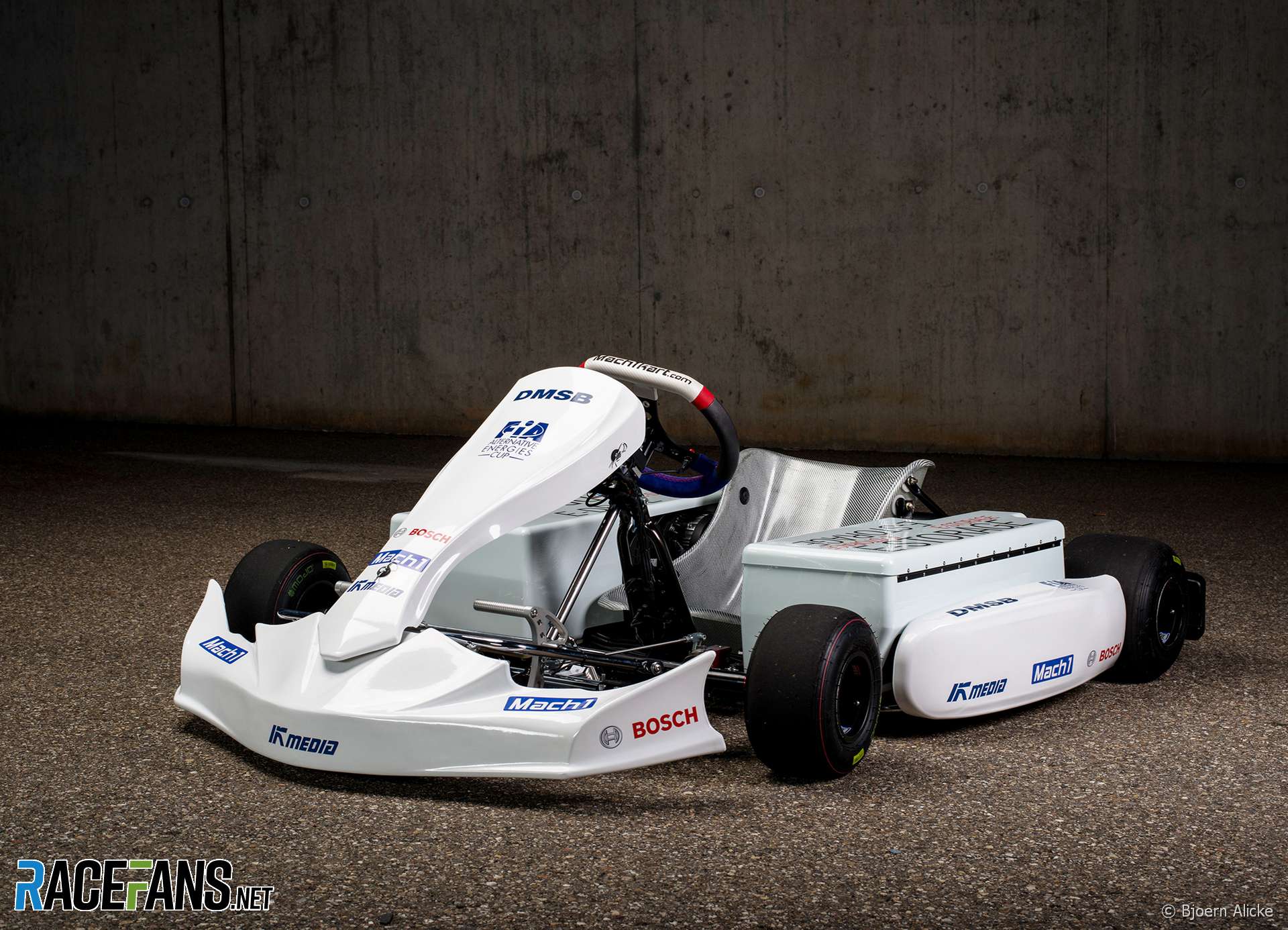 Getting motor sport to be recognised as an Olympic event has been considered by some as the final put-down to the ignorant, yet oft-heard, assertion that motor racing ‘isn’t really a sport’.

The FIA’s recent announcement that this year’s Youth Olympics will include an electric karting event will raise hopes this could finally come to pass. However as the FIA’s secretary general for motor sport Peter Bayer explained in an exclusive interview for RaceFans, it’s a plan which has been in the works for many years and could take many more to bear fruit.

Why Ekarting suits the Olympics

Bayer has strong links to the Youth Olympics having run the 2012 edition in Innsbruck, Austria. That same year the International Olympic Committee formally recognised the FIA as the governing body of world motor sport.

Discussions about promoting the FIA’s road safety message opened up the possibility for it to promote motor sport alongside it.

“Obviously as my heart is beating for sport, in my conversation with the IOC we basically said that if we bring road safety education we also want to showcase Ekarting,” said Bayer.

Ekarting offers several advantages over other forms of motor racing for being considered worth of inclusion in the Olympics. The lack of emissions and noise associated with traditional motor sport make it more easily acceptable by city hosts of Olympic events.

It also offers a potentially fairer standard of competition, says Bayer. “It also guarantees absolute equal performance level for each athlete which was always one of the issues we were having in history talking about motor sport in the Olympics.

“You take a sailing boat, they produce one design, one make, everyone has the same boat. What’s the different from a sailing boat to a one-make Ekart? Nothing, because now it’s coming down to the driver, the skills.”

However the competitors at Buenos Aires 2018 won’t yet have the chance to win the first Youth Olympic medals for Ekarting.

“They said, obviously, you can’t just come in and run a Youth Olympic event with medals and everything,” Bayer explained. “But we would be happy for you to showcase the sport next to the road safety education.

“So what we’re going to do is we are most likely in the Olympic Park, which is featuring most of the sports, we’ll have this big road safety tent which will be very interactive, combined with education elements. And we’ll have karting slalom on offer all day long.

“On top of that we’ll do a demonstration of proper racing at the Autodromo de Buenos Aires, which is currently being discussed to potentially come back to Formula 1. And so there again it starts to align because it’s about road safety, education, the future of motorsport. The city of Buenos Aires is heavily concerned with road safety education but they’re also huge motor sport fans.”

Bayer hopes Ekarting could be ready to join the Youth Olympics when South Africa hosts the event in 2022. Competitors would be drawn from national competitions and then pitted against each other in hears.

Significantly, the plan is for a mixed-gender contest, as is traditionally seen in motor racing, rather than a gender-segregated competition typical of the Olympics.

“To take the example of ski jumping, which is a discipline that is kind of difficult to find young talent, they’ve reduced the quotas down to one boy, one girl per country,” explains Bayer. “In the end not all the countries are using the quota, so you could end up with 50 boys, 50 girls. That’s something which is being discussed.”

The prospect of motor sport one day becoming a part of the Olympics remains a long way off. But getting a true motor sport competition into the Youth Olympics is a valuable first step, says CIK FIA karting commission president Felipe Massa.

“I think it’s amazing,” said the 11-time Formula 1 race winner. “We’ve never had cars or motor sport in the Olympics. If they can manage to do that then I think karting is the perfect direction for that.”