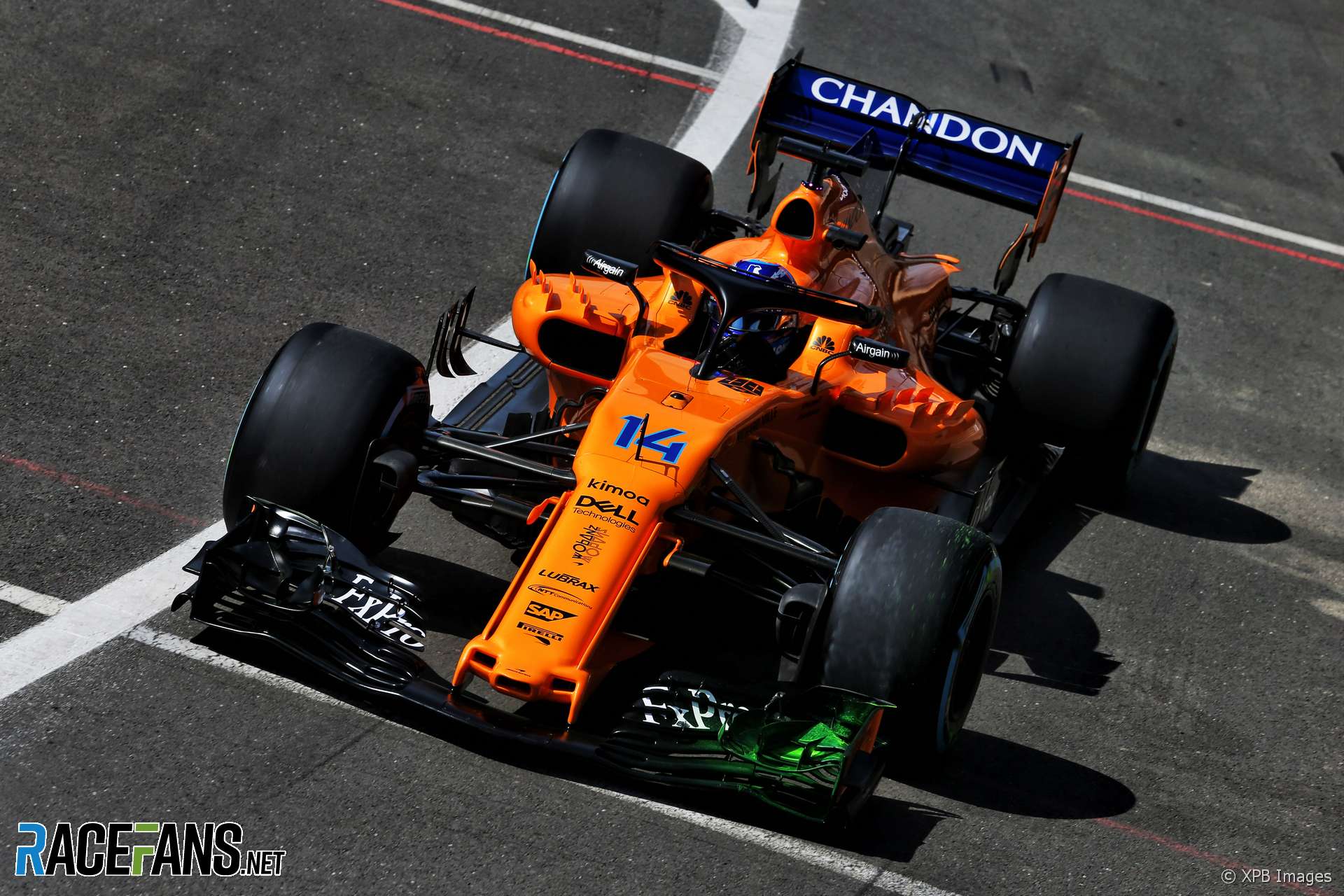 In the round-up: Fernando Alonso says McLaren is not compromising its performance in Formula 1 race weekends by using Fridays as test sessions for its problematic MCL33 chassis.

Alonso said the team’s test work on Fridays wasn’t having a big affect on their race weekend performance:

I don’t think this is a big factor.

Definitely it affects some Fridays as in Austria I think we were P19 in FP2 because we’re still recovering time from FP1. We dedicate a little bit more the Fridays for a pure test session that a performance tuning, that we normally do on Saturdays.

40 years ago today – @AlanJonesGP27's @WilliamsRacing in the pits at @Brands_Hatch.

"If you were to go very aggressive and say 15 races, you have to tell the 21 races you have right now, 'Look guys there are going to be six of you that will be dropped: compete'."

"I think it’s constructive to say that this team, if we want to be world champions again, has to improve in every single aspect."

"I’ve worked with very competitive women at the highest levels of engineering, but we need many more to enter the field."

"Hamilton was only catching up because Vettel was under no threat and cruising."

Will Ricciardo stay at Red Bull out of loyalty, because he believes Honda is the right choice – or because he has no alternatives?

I think it’s the lack of alternatives that will tip the scales. Neither Mercedes nor Ferrari seem too keen on hiring a driver who could immediately pose a lasting threat to their current leading drivers. And even if Red Bull does take a nosedive with Honda hardware (as for ‘Honda’s power unit appears to be on a par with it’ – that’s according to Horner, and Horner only – the comparison between McLaren’s and Toro Rosso’s season-to-season form swings doesn’t back up his claim in the slightest…) there is no serious challenger in sight who could become the third team in Formula 1.

Renault and McLaren look increasingly likely to remain in ‘Formula 1.5’ and they’re the midfielders with the greatest potential for growth. They might get overtaken by Haas or Force India if they get it wrong over the winter, but no one is seriously expecting them to get in the mix at the front. Therefore, even if Red Bull lose the same big chunk of competitiveness as Toro Rosso did, they’re still likely to stay third.

This leaves Ricciardo with the choice between rage-quitting and hoping to achieve a reverse Alonso, or grudgingly staying with Red Bull.
Nase