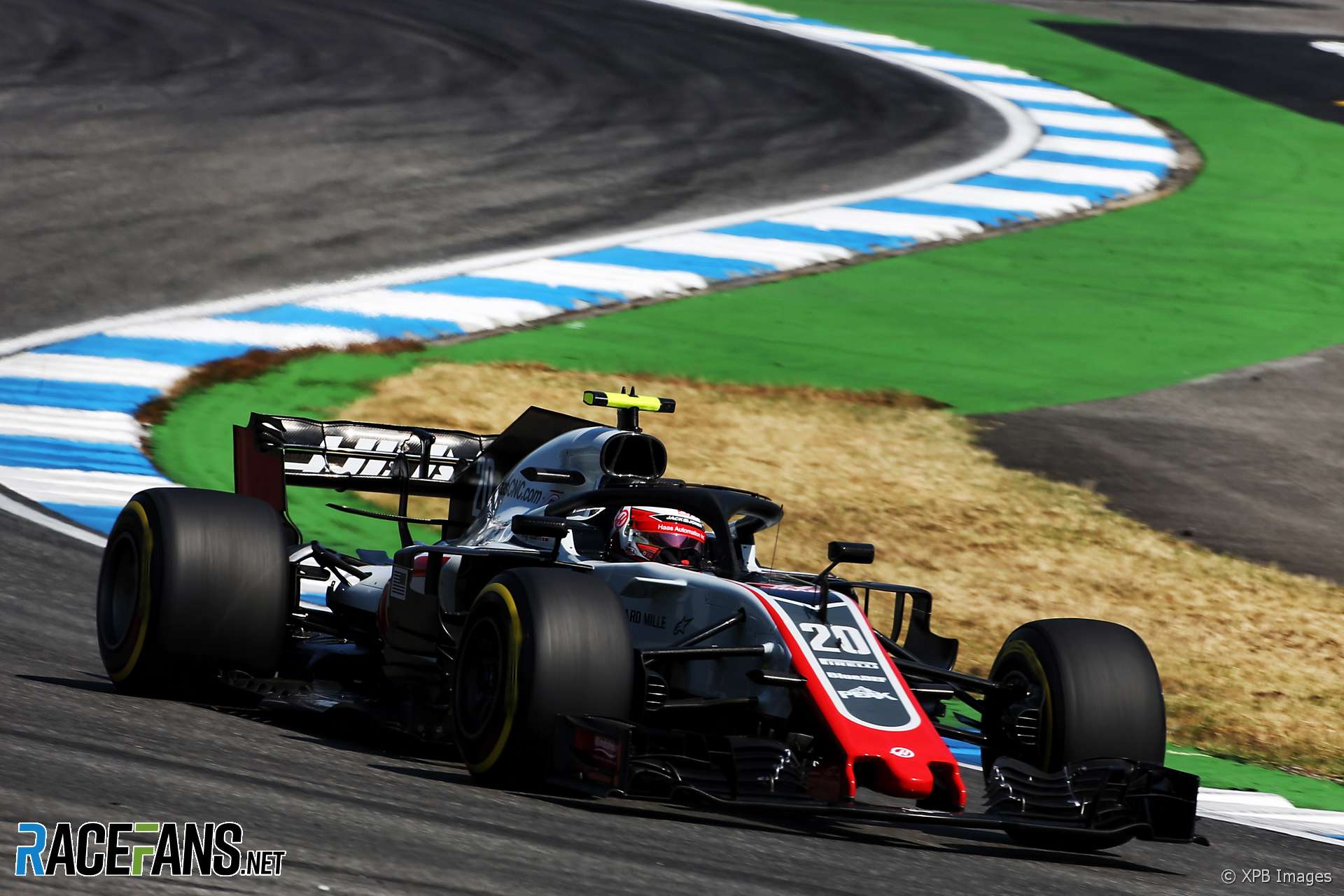 Kevin Magnussen wants the Hockenheimring’s punishing kerbs to be used at other Formula 1 tracks to discourage drivers from abusing track limits.

The Haas driver told journalists the wide, bumpy kerbs at the quicker corners on the track are some of the most punishing in F1 today.

“It’s great,” said Magnussen. “We can run them but if you go over it’s very clear, it’s blue and white and then it’s green so you can see it perfectly.

“If you go over you are likely to damage your car just as if you ran into a gravel trap. It’s brilliant, it’s the way it should be.”

The kerbs became a talking point following Lewis Hamilton’s stoppage in qualifying, which occured after he bumped over the kerbs at turn one. Mercedes later said his hydraulic failure occured before he went off.

Magnussen said drivers shouldn’t damage their cars on the kerbs if they stay within track limits.

“It’s nice and wide so you do have a lot of margin. And it’s big so you get big vibrations. But you don’t damage your car if you stay on the kerb. If you go over, you do lose time.

The kerbs at the Hockenheimring are largely unchanged from how they were in 2016, except for the addition of a new double kerb at turn 17.