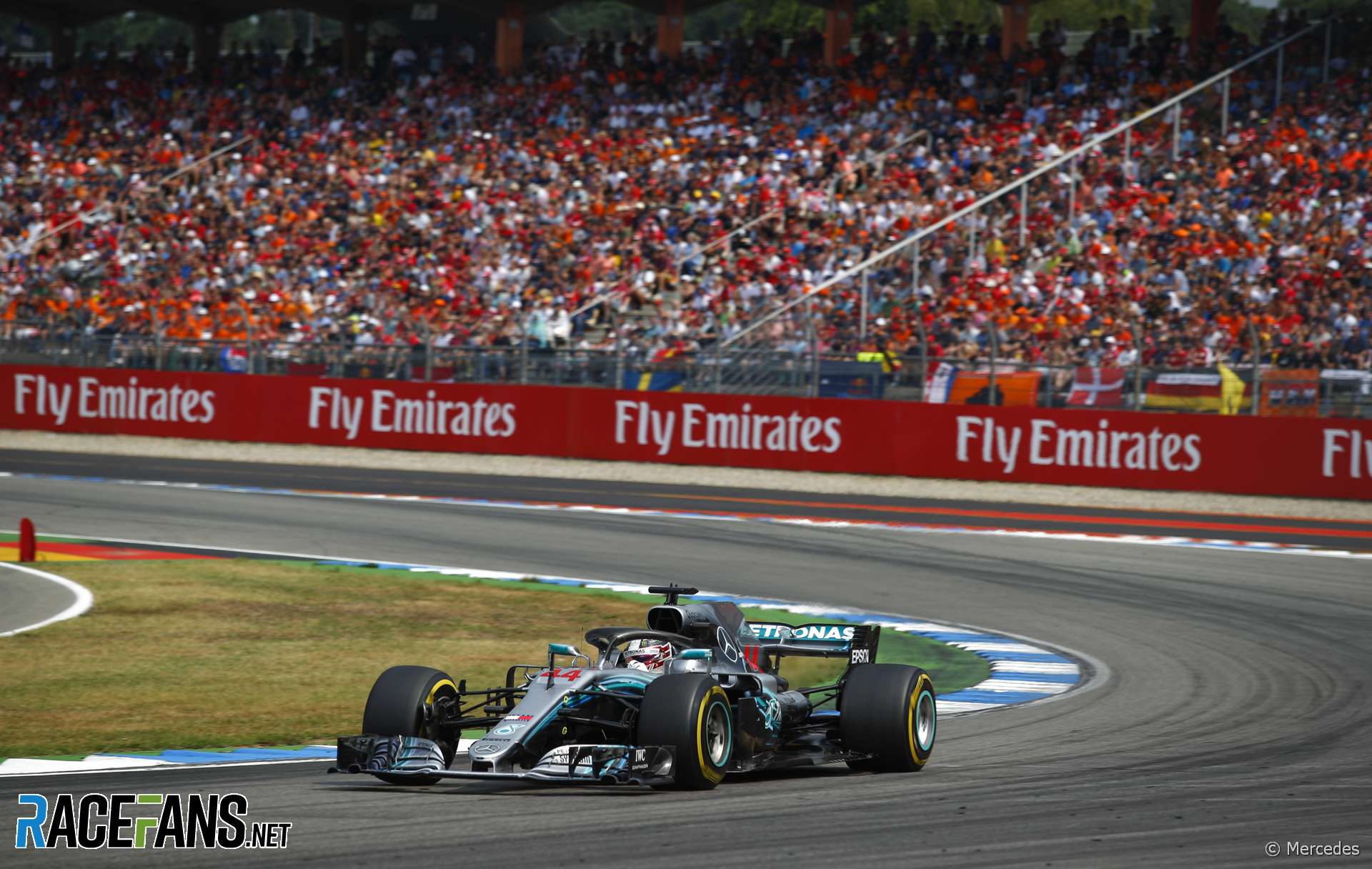 Lewis Hamilton has clarified his complaints about the television coverage of the German Grand Prix, saying he feels the quality of his drive was overlooked.

The Mercedes driver took to social media after the race to complain about remarks by ex-F1 drivers on Sky UK’s coverage. “Not a single one of them could find a good word to say,” Hamilton remarked in a post which was later deleted. “Whatever the reason is, it’s OK I forgive you,” the post continued.

Speaking to media at the Hungaroring yesterday Hamilton explained his reaction to the coverage.

“I just watched this race that felt so great in my heart,” he said. “There were certain things that I was like it’s not being perceived that why by who’s reporting it. But also there [were] things missed.

“There was a point when it started to rain, I was three seconds quicker than the other drivers but for some reason there on the TV screen there was only the gaps between us there was no times being shown so people couldn’t see the difference.

“And also it wasn’t being explained the difference I was making, the different lines that I would choose. Being that we had racing drivers commentating I would have thought they would pick those things out but they didn’t.

“I can look at, for example when I watch the race I can look at Sebastian [Vettel], how he enters the corner and positions the car.”

“There’s drivers that I grew up watching and succeed and it’s interesting. It seems a little bit different how they sometimes commentate – it’s different from race to race – how they commentate as opposed to when you watch an ex-tennis player commentate on the technicality of a tennis player, how they do fast balls or they work well on grass as opposed to sand. I don’t see that happen as much, but I don’t watch all the races.”

Some of the coverage was more positive, Hamilton added. “In the end there was some good comments from some drivers. But they have a tough job to report what’s going on in the race, so I respect that.”