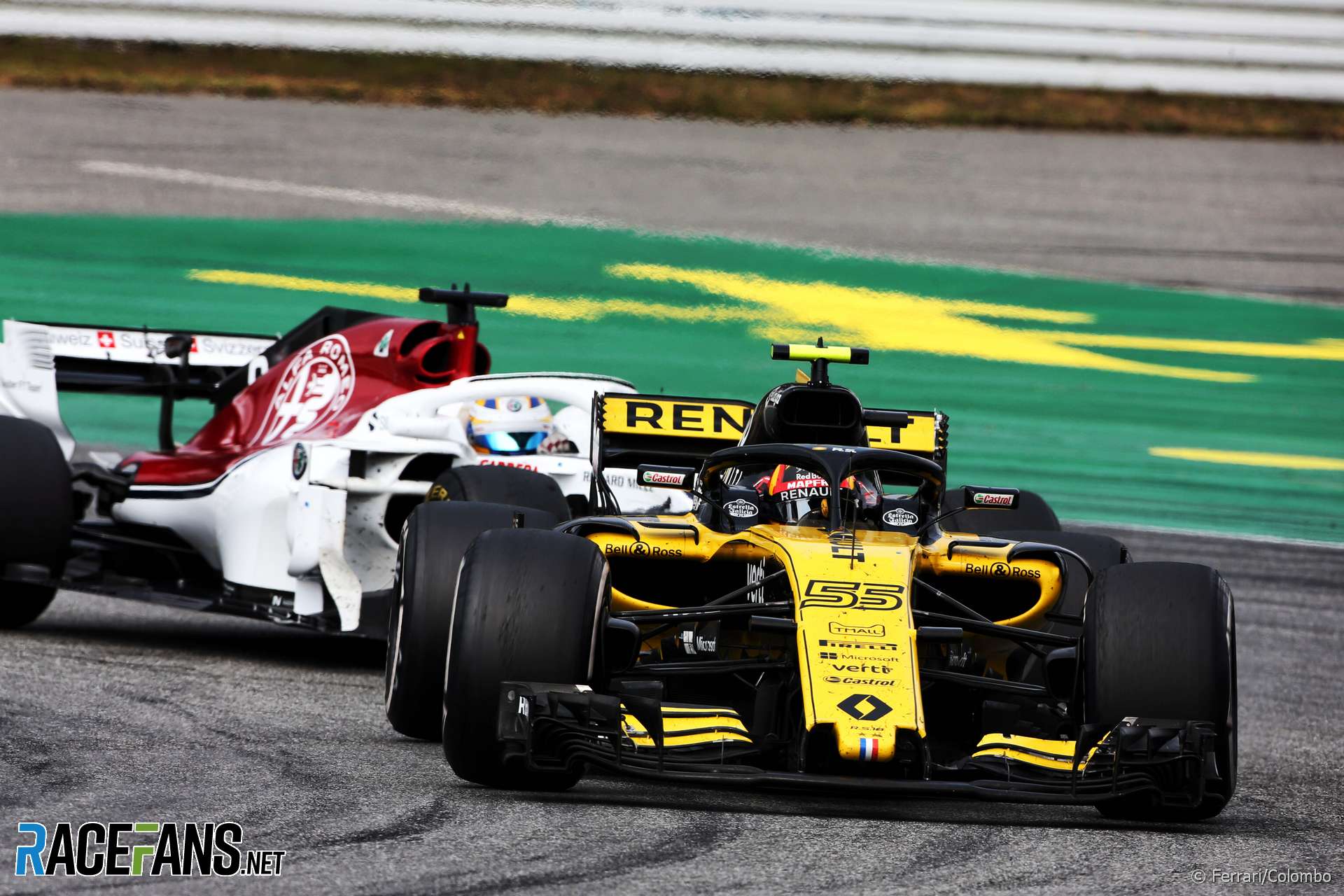 The Renault driver received a 10-second penalty for overtaking Marcus Ericsson during a Safety Car period. Sainz said he was confused by the procedure under which lapped drivers are allowed to unlap themselves at the end of Safety Car periods.

“This was a very particular incident and a very strange situation. Just after my pit stop for inters I got lapped and I was one lap down. As soon as the Safety Car gave us the notice to unlap ourselves I was a little bit leaped into unknown, not knowing really well who was lapped, who had to unlap themselves and who didn’t.

“At that point I saw pretty much most of the cars going really slowly, even if you were allowed to unlap yourselves, so I just decided to push, to rejoin the field at the back of the train as soon as possible. I think some drivers got the notice a bit later than me and they were simply not pushing, they had the recharge mode on.

“So a big mess and a bit difficult to understand at that point what is happening, as you can all imagine now because the story is not very easy to tell.”

Sainz suggested it would be simpler for lapped drivers to drop to the rear of the field instead of overtaking the entire pack and regaining a lap.

“[I’m] always wondering if it is not easier to drop back, get ourselves at the back of queue and recover the lap down instead of having to do a full lap of pushing behind the Safety Car, everyone pushing flat out to try and unlap themselves, if you know what I mean. Maybe it’s just easier to drop back, go to the end of the queue and recover the lap that you’ve just lost.”