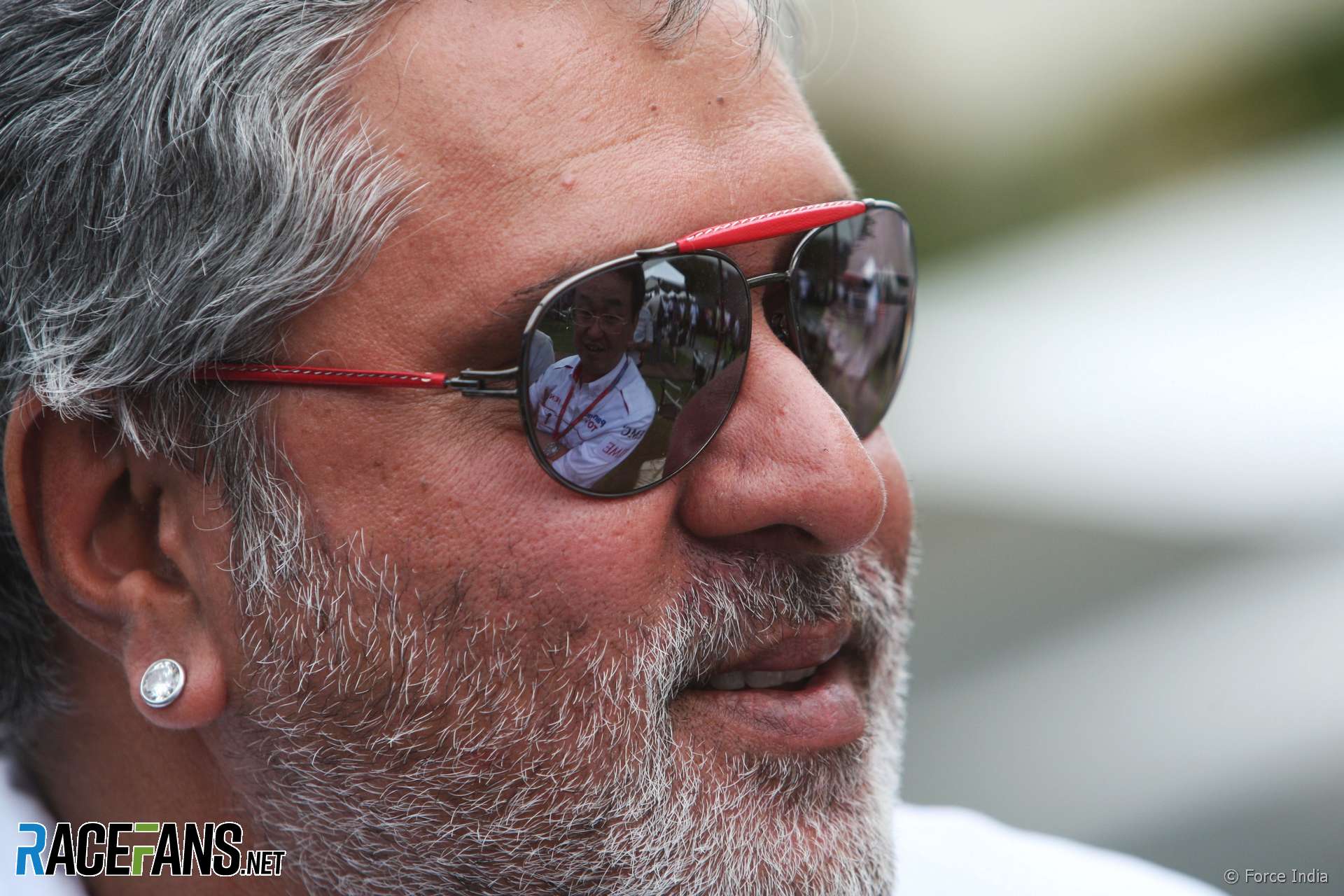 Force India team principal Vijay Mallya has told the Formula 1 team’s staff Sergio Perez and sponsor BWT are behind the legal proceedings which led to the team being placed in administration yesterday.

As RaceFans revealed yesterday administration proceedings began following an application from a company linked to Perez and his manager, which was backed by BWT and the Daimler/Mercedes group, all of which claim they are owed money by the team.

FRP Advisory, which handled administration proceedings involving Marussia in 2015 and Manor in 2017, were appointed as Force India’s administrators yesterday.

“Force India Formula One was placed into ‘administration’ today by the court based on a petition filed by none other than our driver Sergio Perez,” said Mallya in a letter to the team’s staff.

“Surprisingly BWT jumped in and claimed that their sponsorship amounts were loans which is ridiculous as our entire car is pink with BWT branding,” he added.

Mallya said the team will keep running and its holding company will hold sway in a decision on its future.

“Our holding company is the largest creditor by far with over £159 million outstanding and the largest of the smaller creditors has an outstanding of less than £10 million. The administrator is obliged to recognise this ratio.

“The team keeps running and hopefully performing and both [deputy team principal] Bob [Fernley] and myself are in our positions.”

Geoff Rowley, joint administrator at FRP Advisory, said “we shall be engaging with key stakeholders on an urgent basis to secure the best outcome for creditors.

“In the meantime, the team will continue to operate as normal, including racing in Hungary this weekend. Our aim is for business as usual whilst we assess options to secure the future of the team.”