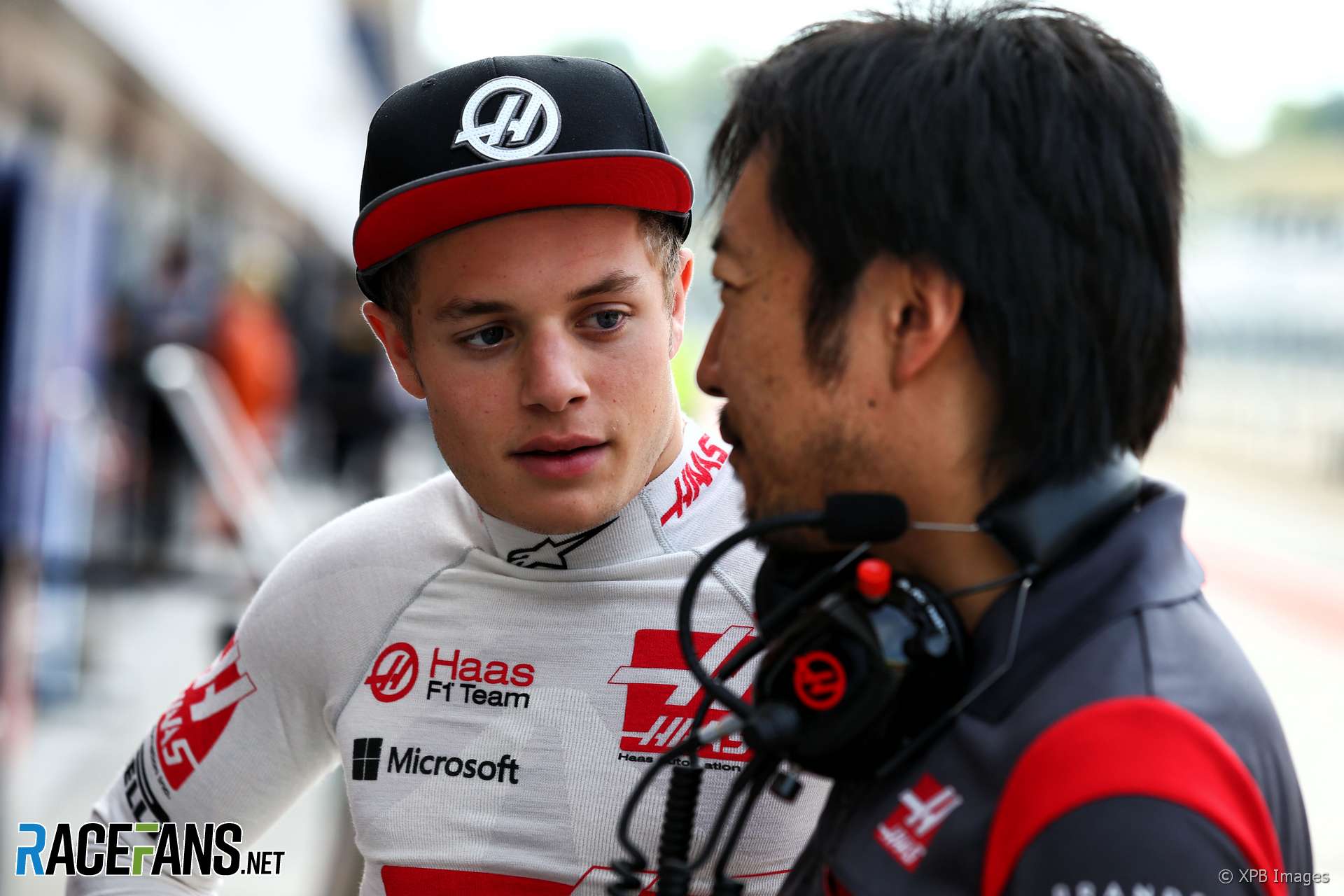 Santino Ferrucci will remain on Haas’s young driver programme despite being fired by his Formula Two team and receiving a four-race ban.

The 20-year-old was dropped by Trident after he deliberately drove into his team mate and fellow Haas junior driver Arjun Maini after the sprint race at Silverstone six weeks ago. Haas said it would wait until the summer break before deciding how to handle the situation.

Trident accused Ferrucci and his father of “unsportsmanlike and above all uncivilised behavior” towards Maini during the Silverstone race weekend. In addition to his ban, Ferrucci was also fined €60,000 for failing to appear before the stewards and driving on the track while holding a mobile phone.

Haas team principal Guenther Steiner confirmed today it will not take any action against Ferrucci.

“I think we keep him for the time being on the programme,” he said. “We see what he’s going to do in IndyCar and stay with that one.

“The guy is trying to make a career and we don’t want to pull the rug under his feet.”

Following his departure from F2 Ferrucci confirmed he will return to IndyCar, where he started two races earlier this year, to drive in the final two rounds.