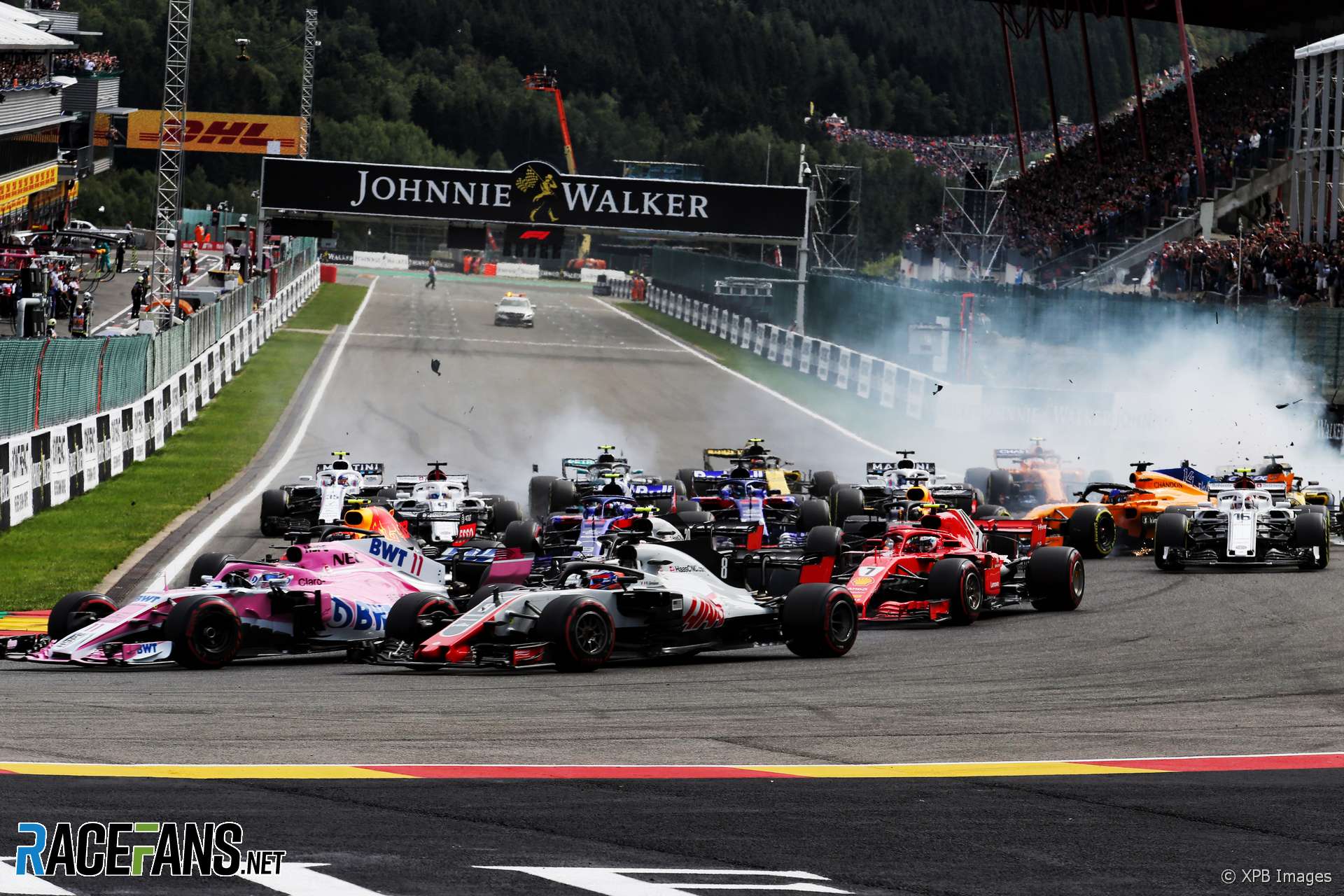 Fernando Alonso questioned how Nico Hulkenberg caused the crash which eliminated three drivers at the start of the Belgian Grand Prix.

The McLaren driver, who was taken out in the crash along with Hulkenberg and Charles Leclerc, compared it to the first-lap crash he was involved in at the track in 2012.

“But it’s tough to understand how you can miss so much. It’s not a couple of metres you arrive at a speed which is impossible to negotiate the corner so said for that but happy we are all fine.”

Alonso said the crash showed the value of Formula 1’s Halo, which the cars are running for the first time this year.

“Luckily the positive side is that we all three OK. Especially Charles, I flew over his car, the Halo was a very good thing to have today.

“I think for him it helped, looking at the replay,” Alonso added. “And yeah for me in that case in 2012 I was definitely happier if I had the Halo. We don’t need to prove it’s a good thing to has.”

Alonso said he has “zero pain” at the moment. “Let’s wait a couple of hours just to see if I have any problem,” he added.

Alonso and Hulkenberg have been summoned to the stewards over the collision.