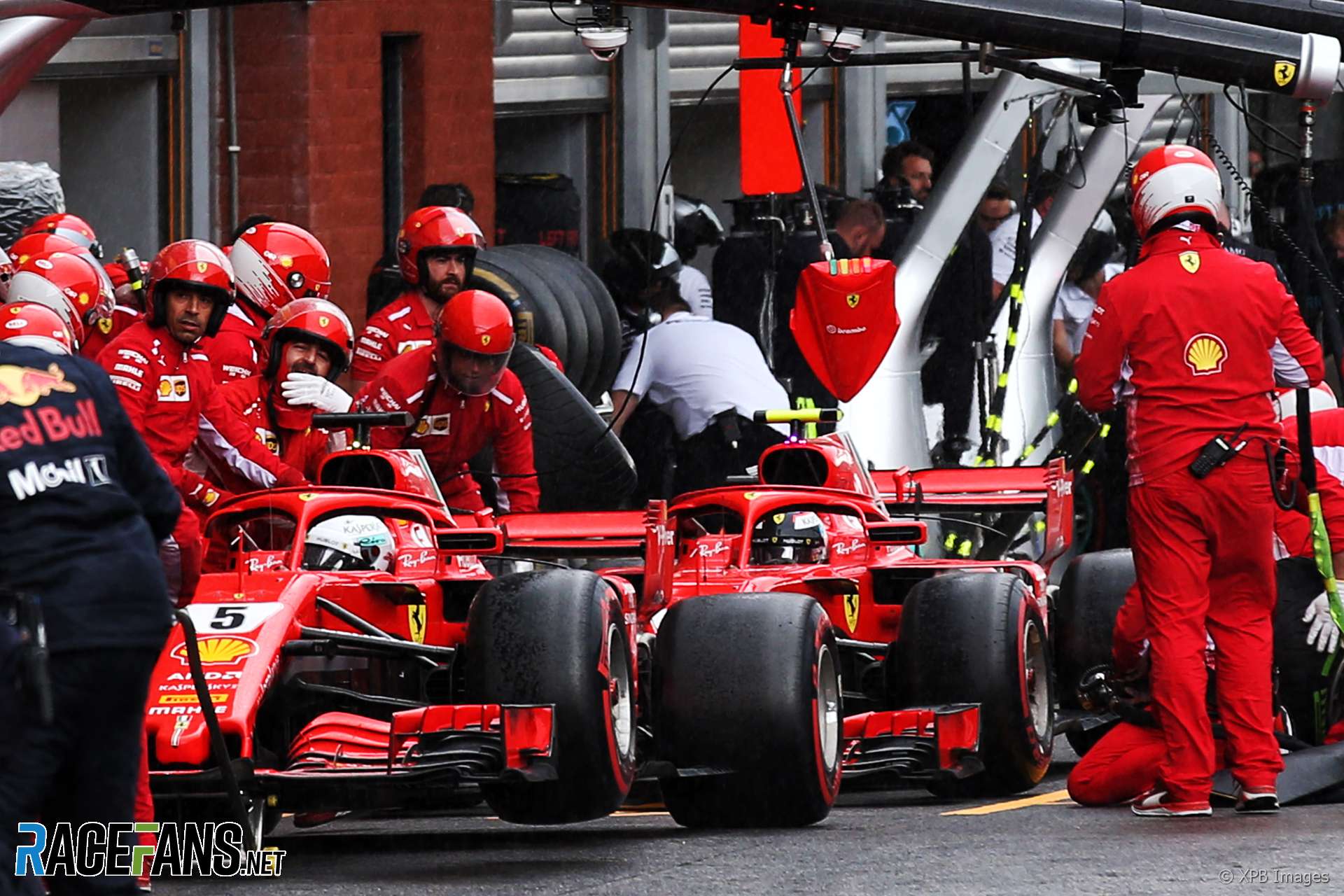 Sebastian Vettel admitted he was “not as calm as I can be” after swearing at his team on the radio during the frantic, rain-hit qualifying session at Spa.

Vettel along with most of the other runners dived into the pits to switch from slick to intermediate tyres during the session. As Ferrari pushed Vettel’s car into the pits to refuel he was heard on the radio warning them not to damage its floor.

“Stop, stop! You will crash the floor,” shouted Vettel. “Fuck!

Afterwards Vettel said the team “had a wobble, obviously.”

“I guess everybody had in these conditions, swapping tyres. I think there was a bit of miscommunication, I was stuck in the pit lane for a while. In the end that didn’t matter but it was just not as calm as I think it could have been.

Vettel said there was a lot of “confusion” during the session. “When all of a sudden it starts to rain like this, from a team point of view you have to manage two cars and Kimi [Raikkonen] was rushing to get back out and then in the end, now you look, it’s sunshine and it’s nearly dry again.

Ferrari didn’t put enough fuel in Raikkonen’s car for him to set a time when the conditions were at their best. Vettel did take on enough fuel, but he ran into trouble with his battery.

“The way we set up normally it was fine to run until the end but I surprised myself when I crossed the line and saw that the battery was quite low – which then was very costly.

“In the end we should have managed better as a team but in these conditions, could have been a red flag in the last lap and then it doesn’t matter. I always try to open a gap in the last sector, last corner and slow down, charge the car – but obviously it wasn’t enough for the end, so we got caught up.”

11 comments on “Angry radio message due to “miscommunication”, says Vettel”