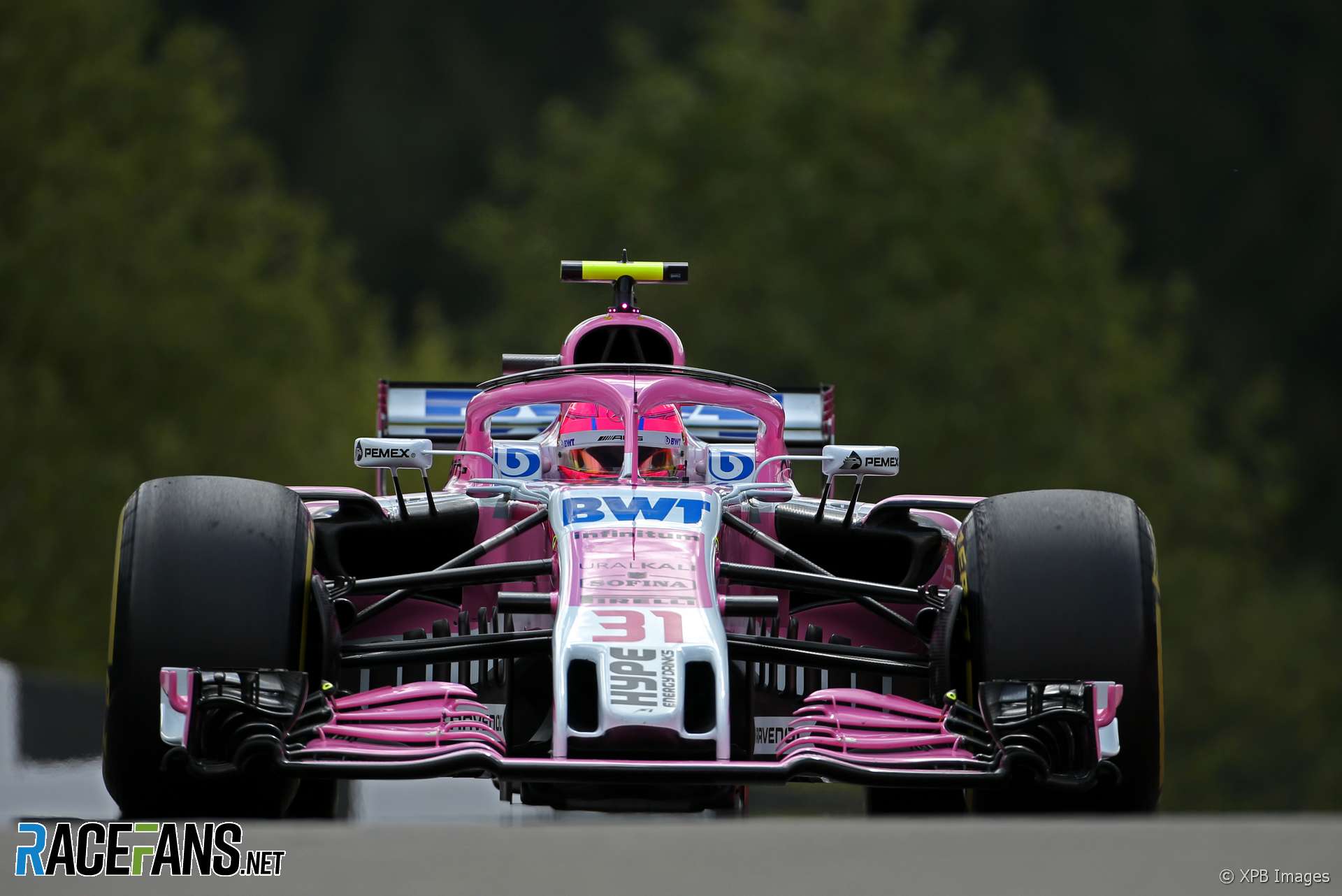 Force India provided the good news story of the weekend as the team which was recently rescued from administration claimed the second row of the grid for the Belgian Grand Prix.

But the full ramifications of the political and legal moves which restored the team’s place in the field are still being worked out, as @DieterRencken discovered in the paddock yesterday.

Continental breakfast while I mull over news from a Russian source that Uralkali, the company associated with Russian oligarch and ‘loser’ in the Force India bidding war, had given administrators FRP Advisory until 10 September to provide “satisfactory explanations [about the process] or court proceedings will be brought against them”.

This is, of course, not a new development – last week Uralkali independent director Paul Ostling told RaceFans that was an option – but points to an escalation in the issue. The source also reveals Dmitry Mazepin is en route to Spa – in company with Pasquale Lattenadu, former strongman to Bernie Ecclestone – and will seek meetings with parties associated with the deal.

Arrive at a foggy, wet circuit after overnight rain. Although it clears rapidly, rain is clearly set to return during the day, and I wonder whether it may be times to disrupt qualifying. Once again I’m struck by how empty campsites and spectator walkways are, and wonder whether the promoter shouldn’t downgrade attendance forecasts.

He’s unlikely to do so, of course. F1 procedure is to inflate numbers 10-20 per cent – which may explain why many circuit reported record numbers during Liberty’s first year of ownership – but this is as short-sighted as it is self-defeating: eventually they get caught out, plus it’s difficult to push for fee haircuts from Liberty while reporting ever-increasing numbers. I’m also told tax authorities pay attention to attendance reports.

One-on-one interview with Renault F1 Team boss Cyril Abiteboul as part of our monthly team boss interview series. The Frenchman makes many salient points about the state of F1, and I’m thoroughly looking forward to sharing the interview with you shortly. Amongst the points he makes is that Force India should now lose its Strategy Group vote, a point that Liberty admits needs clarification.

While roaming the paddock – in search of a strong cuppa, to be honest – I’m given some rather shocking allegations: a source, and thus later substantiated by others, suggests that so rushed was the Force India signature process, more particularly the agreement from team bosses that the resurrected team could retain its commercial benefits, that a number of individual documents were signed, some of which vary from others.

If true, the possibilities exist that some teams signed up to different conditions to others, and if so then the entire process could be invalidated by the courts. Already Haas team boss Guenther Steiner has (publicly) demanded clarity on the concessions, and it appears he may not be alone. Further, our sources revealed that on Friday Liberty asked all teams to attest they had not been coerced into signing the agreements. Why?

As predicted, this one is likely to run for a while, and, if the entire Force India process is eventually overturned, some of the mooted driver swaps may be delayed or not even come to pass.

During the meal I discover that four of the drivers who participated in FP1 have Belgian mothers: Stoffel Vandoorne, who is, of course, full Belgian; Lance Stroll, whose mother Claire-Anne is Belgian; Max Verstappen, who was born in nearby Limburg to Belgo-Dutch parents; and Lando Norris, whose father Adam met his wife in Antwerp while competing in Belgian professional cycle races. Lando’s car sports both the Union flag and the Flemish lion.

I wouldn’t go as far as the legendary Murray Walker, who once suggested that Brazilian mothers breastfeed their babies on hi-octane, but there certainly seem to be statistical advantages in having a Belgian mother…

Time to hit the post-qualifying interview trail, and it’s a busy time: the Toro Rosso drivers; Daniel Ricciardo (who blames not knowing the difference between evaporation and condensation on not being particularly diligent at school); McLaren’s Meet the Team; then Lance Stroll, Sergey Sirotkin and Paddy Lowe at Williams.

During the McLaren session Fernando Alonso again rejects claims by Red Bull boss Christian Horner that the Spaniard has “tended to cause a bit of chaos wherever he’s gone”. I ask him whether it’s simply a unhappy coincidence that every team boss he has driver for in F1 lost his job during his tenure – save Paul Stoddard, who, of course, owned the Minardi team at the time.

Pressed further to explain the “coincidence”, the second-oldest current driver (after Kimi Raikkonen) says, “Maybe they got too old…”

Interviews over, I concentrate on the unravelling Force India story, particularly as Mazepin has now arrived and sought out Toto Wolff, the Mercedes team boss who is closer to the situation than one might expect most creditors to be. Says one rival team boss after seeing the duo together in the paddock: “Now you know why our nickname for Toto is ‘Icarus’…”

Dinner consists of ham, cheese and mustard baguettes supplied by the Belgian centre, washed down by instant coffee in a plastic cup – but it’s preferable to a trip to the fatty chippy in Malmedy. Then I head for my digs and pack up, ready to depart at 8am on Sunday.