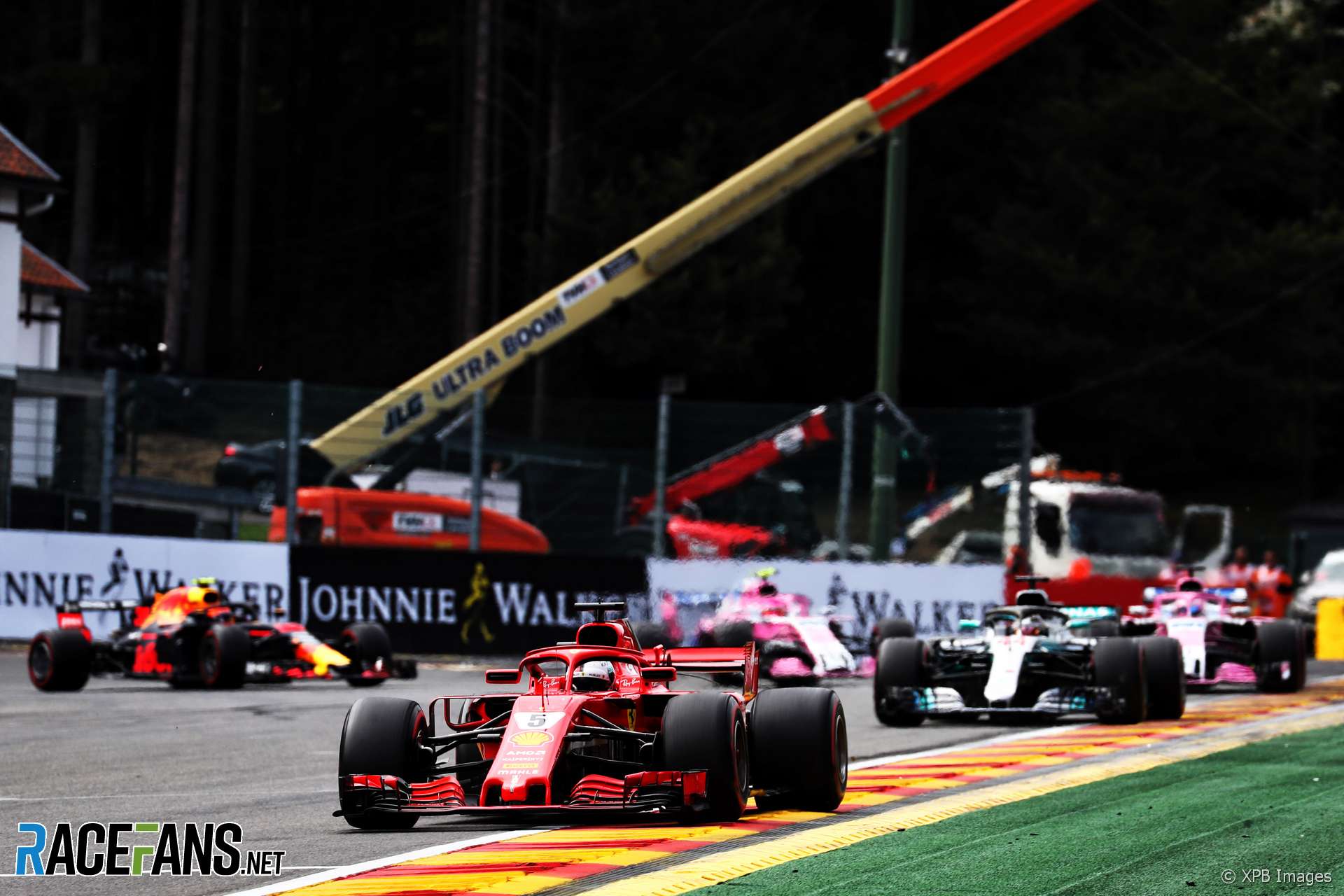 Mercedes team principal Toto Wolff described Ferrari’s performance advantage over them in the Belgian Grand Prix as a “double whammy” which wasn’t just down to superior engine power.

Ferrari were tipped for a strong showing at Spa thanks to their recent engine upgrades.

“You can see that even if the [corner] exits are worse than ours the engine keeps pulling.”

Referring to Lewis Hamilton’s post-race remark that Ferrari had found “a few trick things”, Wolff added, “that is nothing that could be a so-called ‘trick’.”

“It might also be related to how you run your engine, how you calibrate it. The same way they de-rated earlier in qualifying yesterday than we did.”

However Wolff admitted there was another reason Hamilton wasn’t able to keep eventual winner Sebastian Vettel behind at the start of the race.

“They have a slight power advantage, and then you add that to our weaknesses out of turn one especially and that causes the double whammy. If you aren’t very good on traction and you’re being out-performed slightly on power, then lap one happens.”

Wolff admitted the team doesn’t fully understand “the ins and outs of their engine.”

“I only see GPS data, and on GPS data you can see that there is a power advantage at certain stages of the lap.”