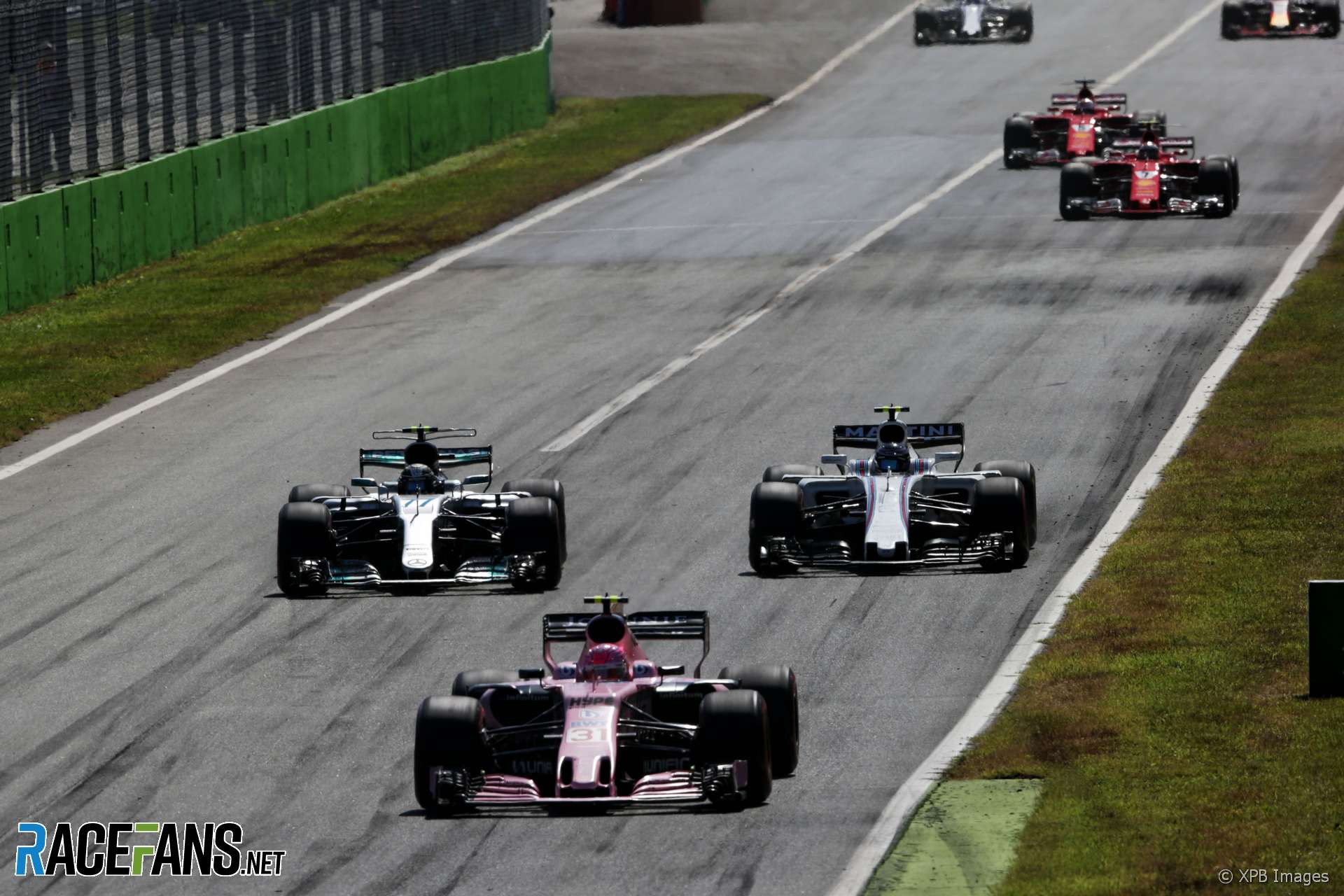 The FIA will expand the DRS zones at five of the remaining eight venues on this year’s Formula 1 calendar, beginning with this weekend’s race at Monza.

Sochi in Russia, the Circuit of the Americas in the USA, Interlagos in Brazil and Yas Marina in Abu Dhabi will also have longer DRS zones.

FIA race director Charlie Whiting said the DRS zone leading from Lesmo 2 to the Ascari chicane at Monza will be extended to aid overtaking at the Italian track.

“In Brazil we will extend the main one on the straight, about another 100 metres, just after turn 14. And both of them will be lengthened in Abu Dhabi.”

However Whiting said there’s “no real hope” for a longer DRS zone at Singapore. Suzuka in Japan and the Autodromo Hermanos Rodriguez in Mexico will also be unchanged.

Whiting said he wasn’t concerned the longer DRS zone at Spa made overtaking too easy in yesterday’s race.

“Spa’s different,” he said. “You saw in a lot of cases… Seb got past Lewis without DRS. It’ll be different on other circuits.”