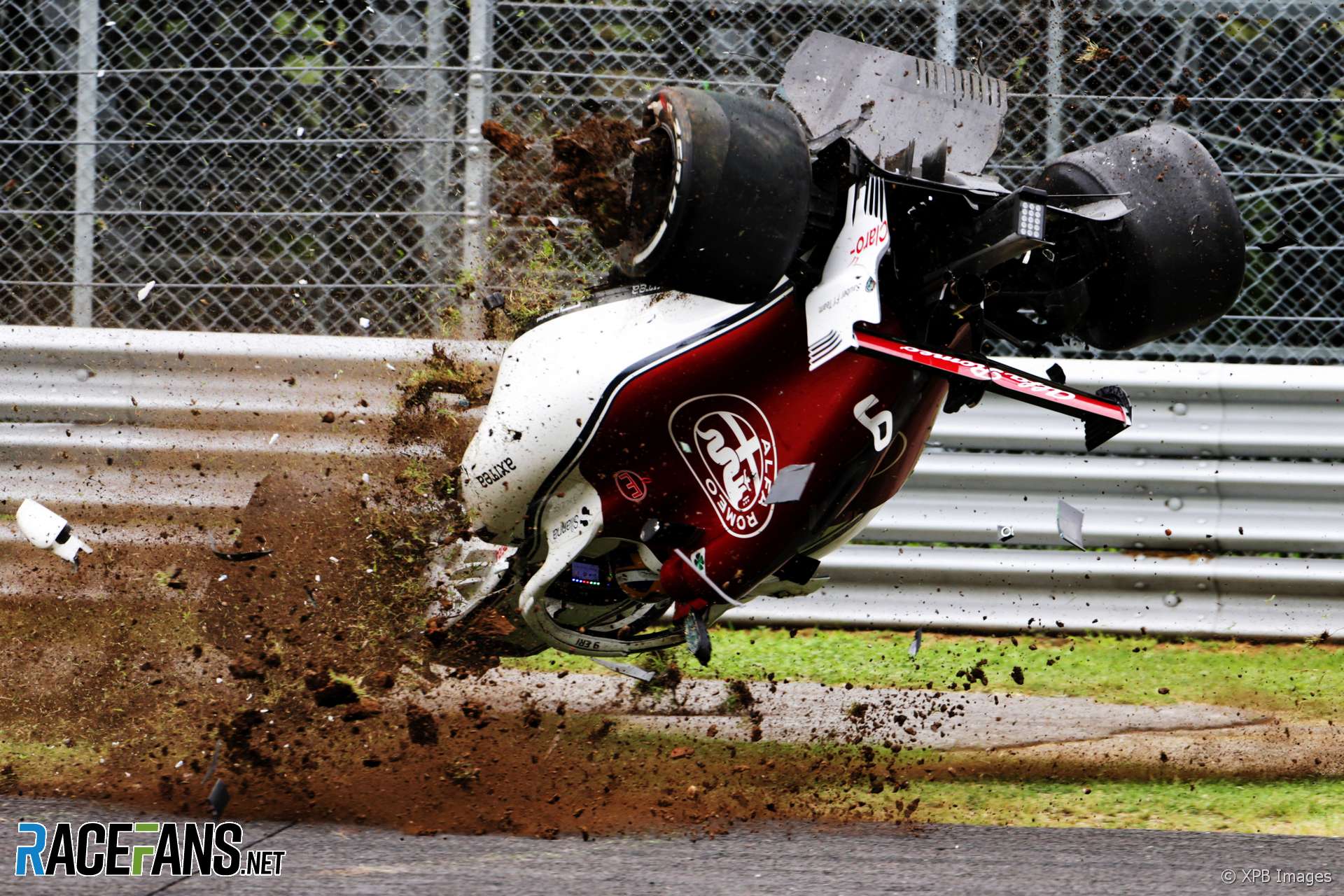 In the round-up: Carlos Sainz Jnr says he hopes Formula 1 is able to get rid of DRS eventually following Marcus Ericsson’s crash.

Sainz says F1 needs DRS now but should work towards getting rid of it in future.

I’m glad he’s OK. And thinking about this artificial device, DRS, it’s a dangerous thing. If it doesn’t close the car really changes completely on balance, on braking performance.

Just wondering if hopefully Formula 1 is going to develop towards no need of DRS for overtaking. I do feel we need DRS nowadays because if not overtaking would be pretty much impossible. But hopefully F1 develops towards a formula without the need of DRS.

A MESSAGE FROM MARCUS: Thank you for all your good wishes! @Ericsson_Marcus is feeling okay and looking forward to tomorrow.#alfaromeosauberf1team #ItalianGP @F1 pic.twitter.com/1VvycKQvER

Louis Camilleri: ‘Ferrari is a team, not a single person. I think we have a fabulous team on track and in Maranello.

I aim to put a smile on the faces of our Tifosi.

Ferrari is a jewel, my job is to make sure it shines’ pic.twitter.com/YVElWDQqZs

The real reason no powerbanks are allowed in pic.twitter.com/NJaHUZMlZe

"Hanoi authorities have asked people living in the planned area for their opinions about holding the race and they have all shown their support, to attract tourists."

"Rob Smedley (head of vehicle performance) described it as an ‘evil car’,” she said. “I don’t ever like to think of any Williams car as evil but we know we have a number of issues and we need to do better."

"Shame on Formula 1 for doing this to the fans. Fans have recognized this as the NASCAR date on this weekend since its inception long before Circuit of the Americas was built."

"I discovered last year the approach to the )Indianapolis 500), the way of driving those cars, the way of anticipating the tows, the overtaking manoeuvres. Everything is quite different to what we have in F1."

George Russell: "It’s been a tricky season this year, and Sergio (Sette Camara) is one of the few drivers to have even more misfortune than me! I’m not here to focus on (Lando Norris), I’m here to put in good performances and impress people in the Formula 1 paddock because that’s where I’m aiming to be next year: I’m not focusing on Lando, I’m focusing on winning the race."

Sainz isn’t the only person who’s concerned about the safety implications of DRS:

I find it’s hypocrisy for FIA with their “safety first” politics to implement questionable passive safety solutions like halo and still keep DRS on the cars.

The rear wing, essential downforce generating part, literally tons of downforce, that can be disabled at 360kph. This season Williams already had problems with airflow reattaching after DRS being shut, and now this.
Tim