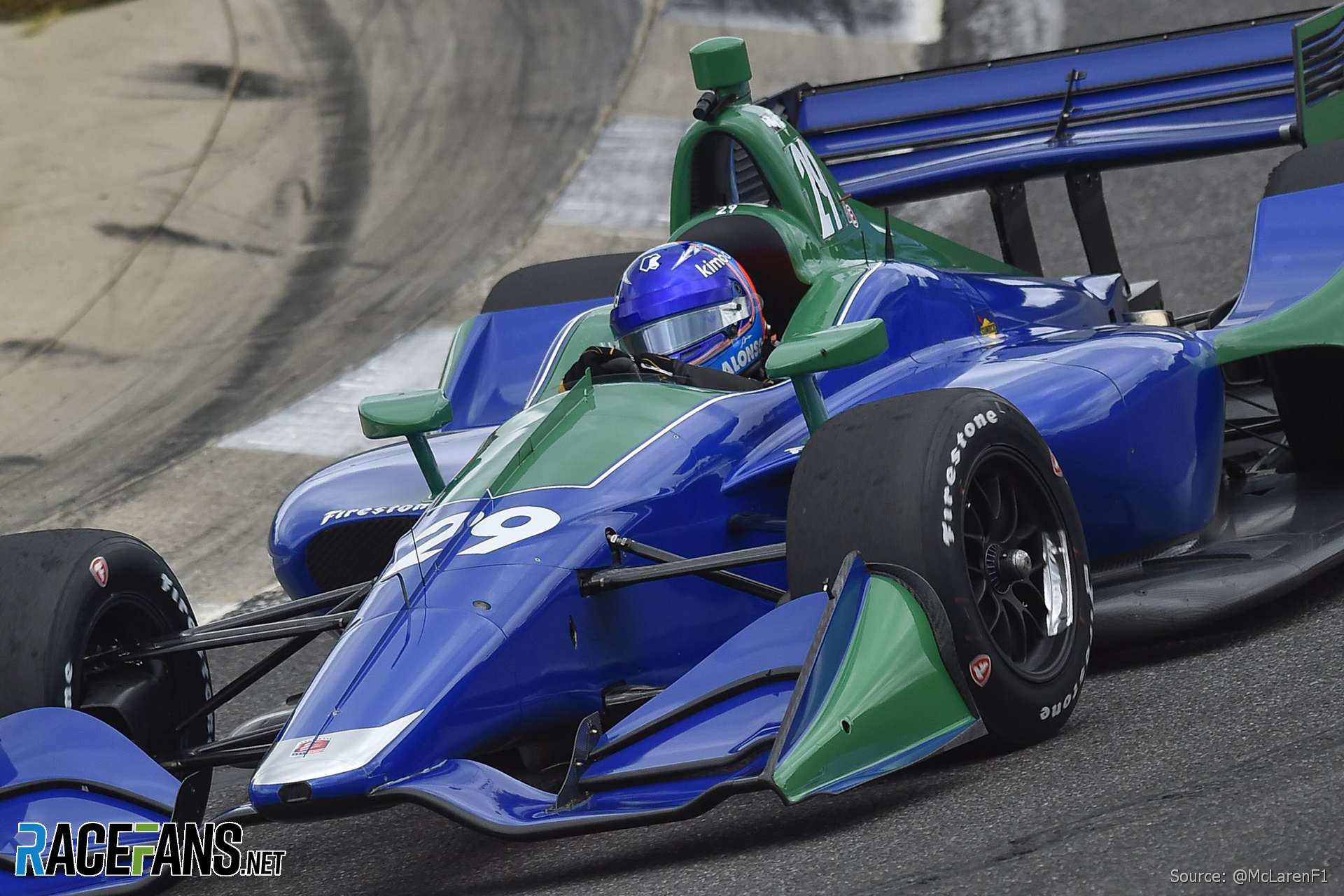 Fernando Alonso said his first test in a 2018-specification IndyCar on a road course was “something special”.

The test at Barber Motorsports Park in Alabama took place in mixed weather. “I’ve been lucky enough to test it in wet conditions, in intermediate conditions and in dry conditions, so overall I had a good feeling on every type of track,” said Alonso. “The weather was good for us today – a little bit of wind in the afternoon but overall a positive day.”

It was his first time driving on the 3.7-kilometre, 15-turn circuit which will hold the third round of next year’s championship.

Alonso drove the Andretti team’s car 29, which is the same number he used for his single appearance in the championship to date in last year’s Indianapolis 500. He said he originally planned to schedule this test to take place after that race.

“It was something that I was looking for last year already,” he said. “I had some options to test the car on a road course after the Indy 500. We didn’t find the time but this year it’s definitely happened now and I’m happy for this.

“I love being behind a steering wheel, and definitely a new car, a new experience, learning a lot of things from the team, the engineers, everyone, so a happy day.”

The 37-year-old, who will leave Formula 1 at the end of the season, is evaluating a full-time move into the championship as he pursues a victory in the Indianapolis 500.

Last weekend Alonso said he had not made a decision on how much, if any, of the championship he wants to participate in. “I can do the full series, I can do one race, I can do nothing. I will study all the possibilities.”