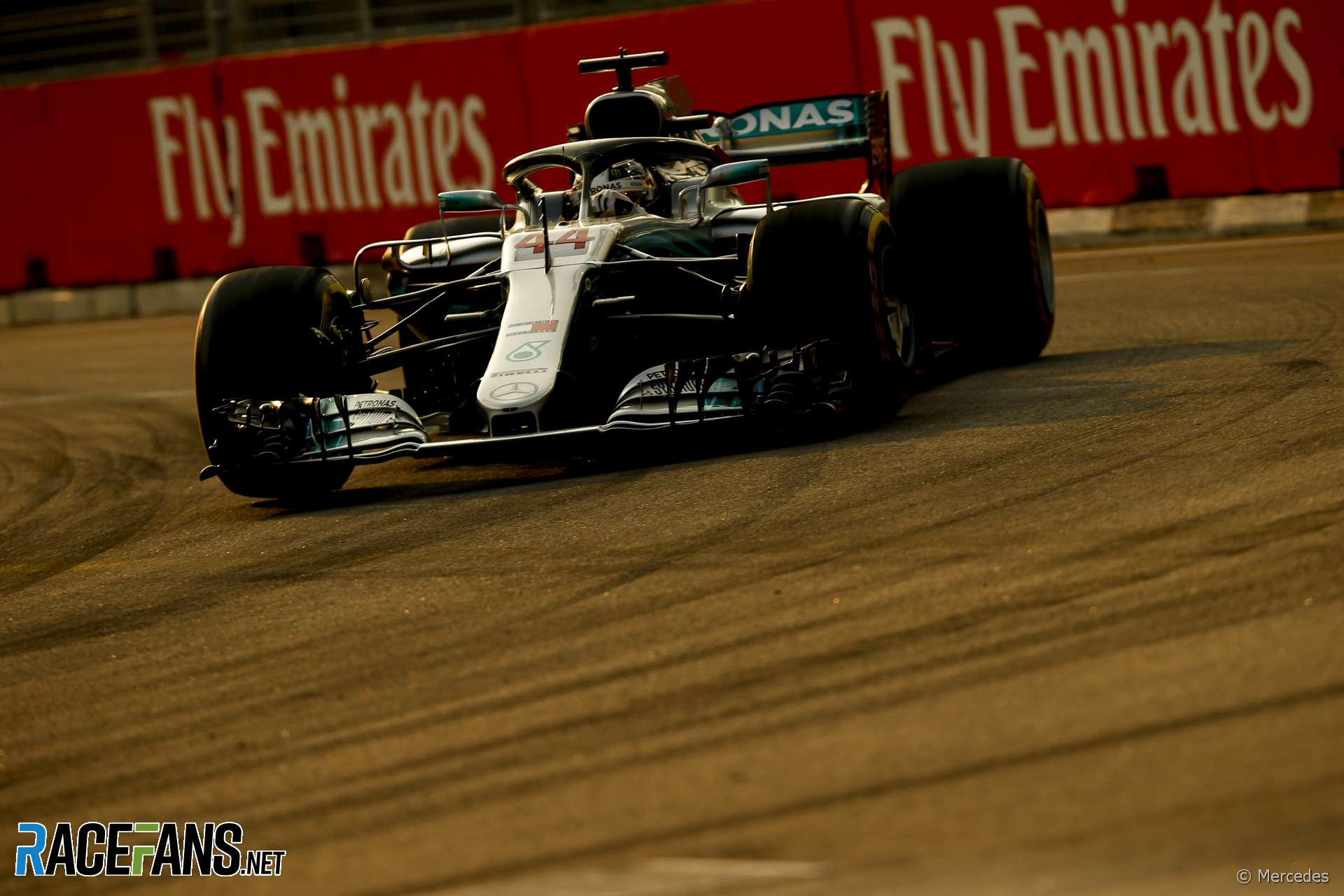 In the round-up: Lewis Hamilton admits he made a “rookie error” when he damaged a set of tyres while trying to avoid Sebastian Vettel in second practice

Hamilton explained his near-miss with his championship rival:

Basically I let the guys past and then they both backed off, they were going quite slow and I was trying to recover ground. I basically had my brake balance too far forward.

And Sebastian tried to speed up and then I locked up and I was going to hit so I had to shove to the left to avoid him and killed my tyre. Kind of a rookie error for myself but it doesn’t happen too often.

Hello .@F1 the Connaught stand at #SingaporeF1 needs either moving back or employing a steeper rake. We are in A5 row 15 and CANNOT see any cars when they pass in front of us #disappointed #F1NightRace

It's round 15 and still audio dropouts in almost every Session! Get this right @F1 #F1TV

If @OconEsteban & @MercedesAMGF1 cant find a seat for 2019, which will be a huge miss! Maybe they can see about getting him in for the Formula E Merc car when they hit in 19/20 season? 🤔 #F1 #FormulaE

"Some championships, such as NASCAR, Virgin Australia Supercars and the Motocross World Championship have disappeared from schedules in recent weeks without any warning."

"IndyCar wasn’t a moneymaker at Sonoma Raceway. In fact, raceway president Steve Page has said the track lost at least $100,000 each of the past several years."

Is F1 putting too much emphasis on aesthetics with its 2021 car concept?

I like to think that whatever happens on an F1 car is functional and adds performance, and the beauty of an open-wheel single-seater racing car is a subjective thing if there ever was one, so pursuing that as a goal on its own seems weird. They only became beautiful for us because they were functional in the first place.
Andrey Baydin (@Minilemm)

32 comments on “Hamilton: Near-miss with Vettel was a “rookie error””