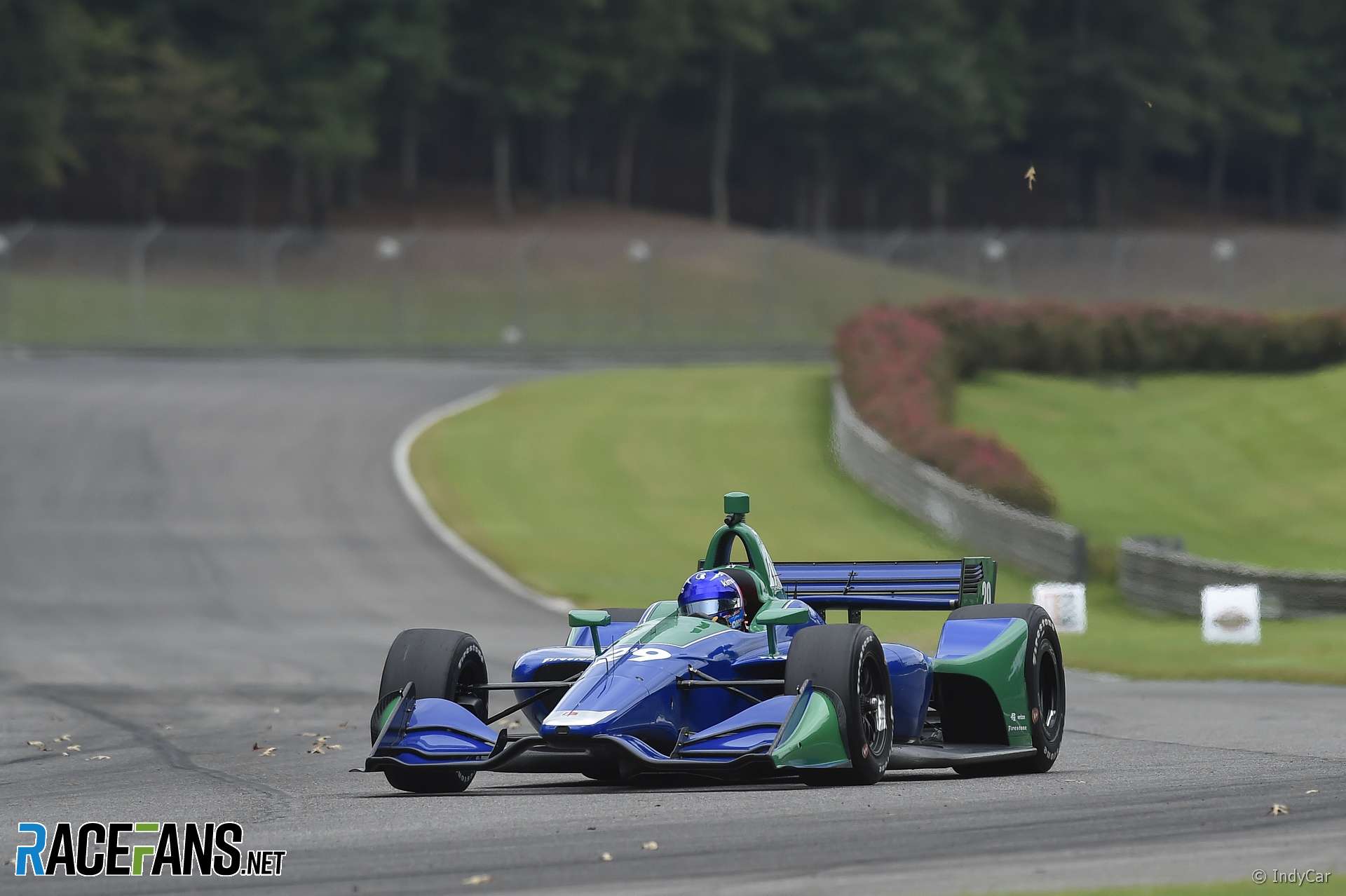 Fernando Alonso says Formula 1 is trying to follow IndyCar’s lead with its efforts to aid overtaking through its design direction for 2021.

Three concept designs for F1’s 2021 car were presented earlier this week. A key goal in the proposed changes to to drastically reduce how much downforce cars lose when following each other closely.

Alonso said this has been a problem throughout his career. “I think it has been a little bit the nature of Formula 1,” he said. “It has been always difficult to follow cars. I don’t think it is more difficult than 2004 or 2005, those kind of years.”

F1 previously tried to solve its overtaking problem by radically changing car shapes in 2009. Alonso said this had some positive effect until the changes were largely reversed last year.

“Maybe it was a little bit easier from 2010 to 16,” he said. “I think when we introduced last year the wide rear wing and the wide tyres, it makes it a little bit more difficult now.”

F1’s new owners Liberty Media has conducted research into why F1 cars find it difficult to run closely together at speed, which has informed its plans for 2021.

“If they did a study and they they check and they know this is going to be better in the future I think it is the way to go,” said Alonso.

“The cars, aesthetically, they look different, more like a Formula Renault or IndyCar and they seem to follow a little bit closer. So it’s good to copy ideas that work already.”

IndyCar introduced a new standardised aerodynamic kit this year which relies more heavily on the shape of the car’s floor instead of its upper surface wings to generate downforce. This appears to have encouraged better racing, particularly on road and street circuits. Alonso tested a 2018-specification IndyCar for the first time last week and is considering a move to the series next year.

“It looks, obviously, very different,” he said. “Whether it will be like that in 2021 is still to be confirmed I think. We are two years away and Formula 1 moves every day.”