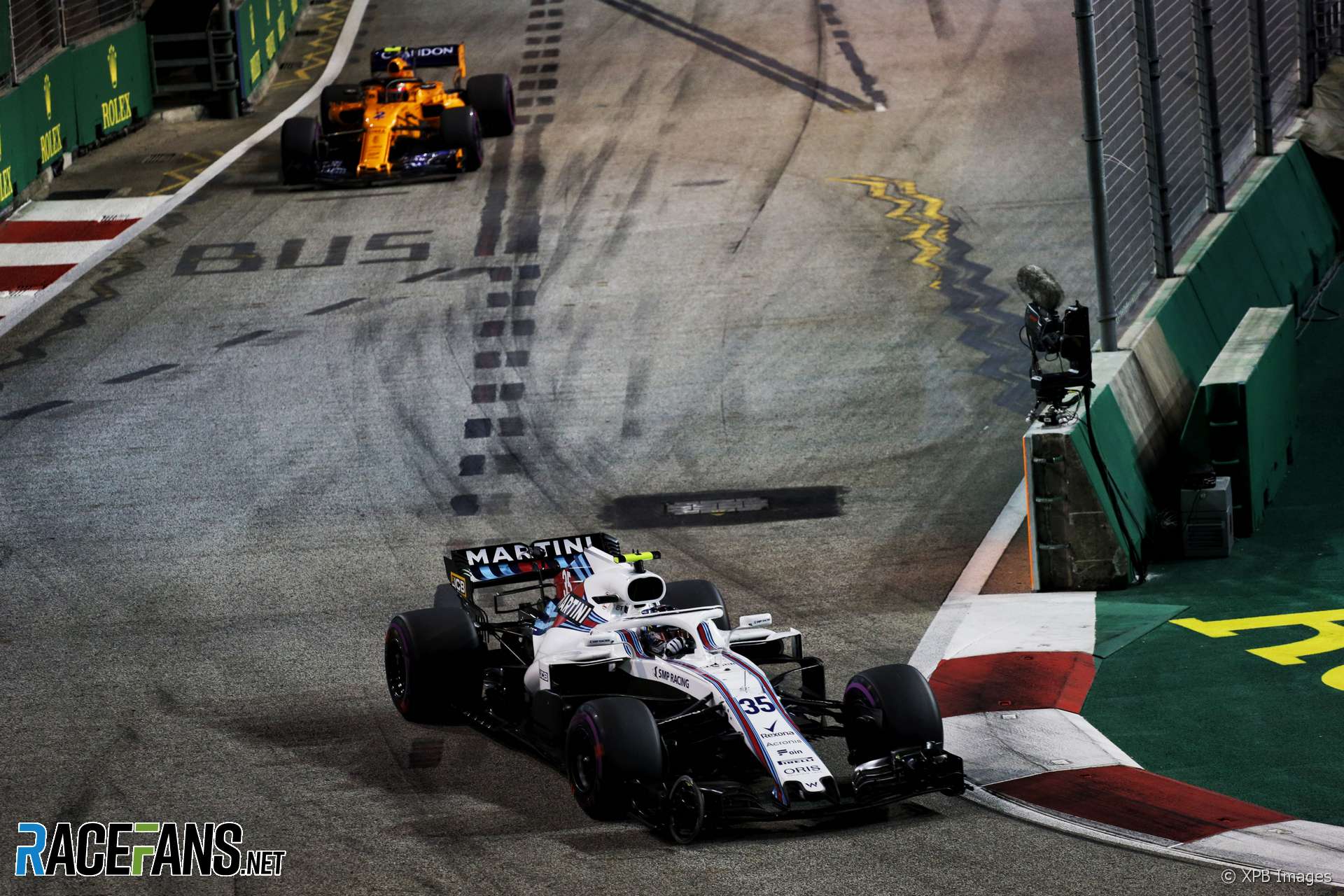 In the round-up: Sergey Sirotkin said the contact from Sergio Perez during the Singapore Grand Prix left his car almost undriveable.

Perez was given a drive-through penalty for the collision. Sirotkin explained how it damaged his car:

Unfortunately I had contact with Checo so that I had quite big damage from it. If you look at the right part of my car it’s completely gone so after that it was just survival. Also the aero parts were moving up and down so every corner the car was doing different things.

So since then it was just trying to bring the car to the end of the race, trying to fight to protect my position. Obviously I had no pace, it was kind of undriveable to be able to properly fight. It’s been a tough race but at the same time it passed very quickly because I had a lot of things to control and a lot of things to look after.

Congratulations @scottdixon9 on your FIFTH @IndyCar title! Got to race against you this weekend and it was an honor, you are a world class driver.. you deserve this! Congratulations @CGRTeams well done guys! @IndyMHull

"It may be the 11th edition but this year's night race drew 263,000 fans over the three days, the second-highest attendance recorded after 300,000 attended the inaugural race in 2008."

"Singapore spends S$135 million (US$98 million) every year hosting this event with the government forking out 60% of the cost. Out of the S$135 million, it is reported that almost S$90 million is paid to Formula One Group for the rights to the event."

"What a race – it was quite close to being perfect. We had strong lap times, and the balance of the car felt good from the beginning to the end."

"What I’d really like to do is spend a couple of hours alone with him, away from the entourage, the PR machine and the pressure, to see if the Lewis I saw all those years ago is still in there. And yes, I know, me and about 10 million others too."

Nigel Mansell is backing this campaign against tailgating, describing it as 'a driving habit I utterly deplore'. He doesn't point a finger at Ayrton Senna over his retirement from the 1992 Australian Grand Prix..."

The question of whether Lewis Hamilton’s extra-curricular activities are a distraction from his F1 performance is history, ays Wobs:

Hamilton is one of the greatest drivers F1 has ever seen, in the same league as Senna and Schumacher.

He is a global megastar, much more famous than any other F1 driver, his lifestyle reflects that. We should appreciate being able to watch a special talent like Hamilton week in week out, in a few more years he will be finished.

Less of the lifestyle talk, more appreciation for the amazing performances that man gives in a car. That qualifying lap, truly incredible.
Wobs