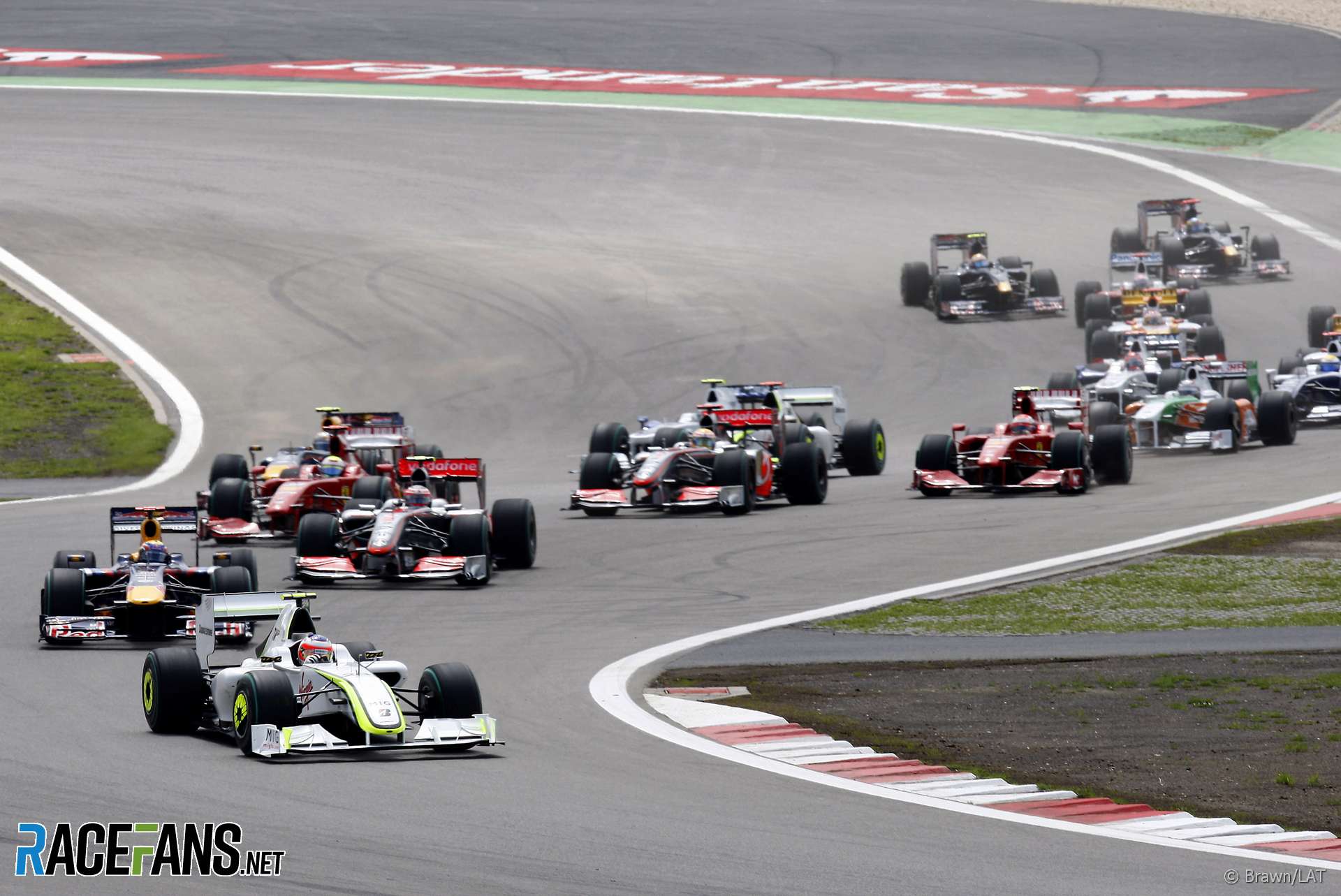 Formula 1’s planned changes to car design in 2021 are likely to encourage more overtaking than the 2009 ‘Overtaking Working Group’ rules did, one designer believes.

The OWG project led to a 2009 overhaul of the technical regulations which had some success in encouraging cars to run closer together. However subsequent car developments undid much of their progress, according to Williams chief technical officer Paddy Lowe, who was involved in the project.

Further rules changes, such as the larger wings introduced last year, have been blamed for the difficulty drivers now experience following each other closely. F1 will introduce new rules next year aimed at removing ‘outwashing’ front wing designs to address this problem.

But more radical changes are planned for 2021 which will involve changing the entire shape of the cars. Three concept designs were shown to the media last weekend.

F1 managing director of motorsport Ross Brawn said current cars are only able to generate 50% of normal downforce levels when running closely behind another, but this should increase to 80% under the proposed 2021 rules. Lowe said that “should be a good achievement” which will be “a little bit more than was achieved by OWG”.

As F1 is now putting greater resources into researching future rules changes, Lowe is more confident they will achieve their goals and avoid ‘loopholes’ through which engineers can reverse their progress.

“The more work you can put into it the better, like anything. I think the good thing now is that Formula 1 are actually spending money on a central R&D for aerodynamic performance, which never existed before.

“The OWG was a sort of one-off project with a fixed amount of time which was paid for by the teams with an outside contractor. And I think it’s clear that had OWG carried on another year they would have looked at the cars that had been created and do another round of tests.

“So I think it’s good news that Formula 1 have got a permanent staff dealing with that subject. I think that will improve the ability to track what’s happening and close down unwanted side effects, should they occur.”

However Lowe expects the final cars which appear in 2021 will inevitably look very different to the designs which have been presented.

“Unless they’ve thought something up to get around this, ultimately you have to define some boxes in which we can put bodywork. And then we’ll put the best possible bodywork we can invent into those boxes.

“It will be difficult to make the cars look exactly like they’ve drawn for that reason.”