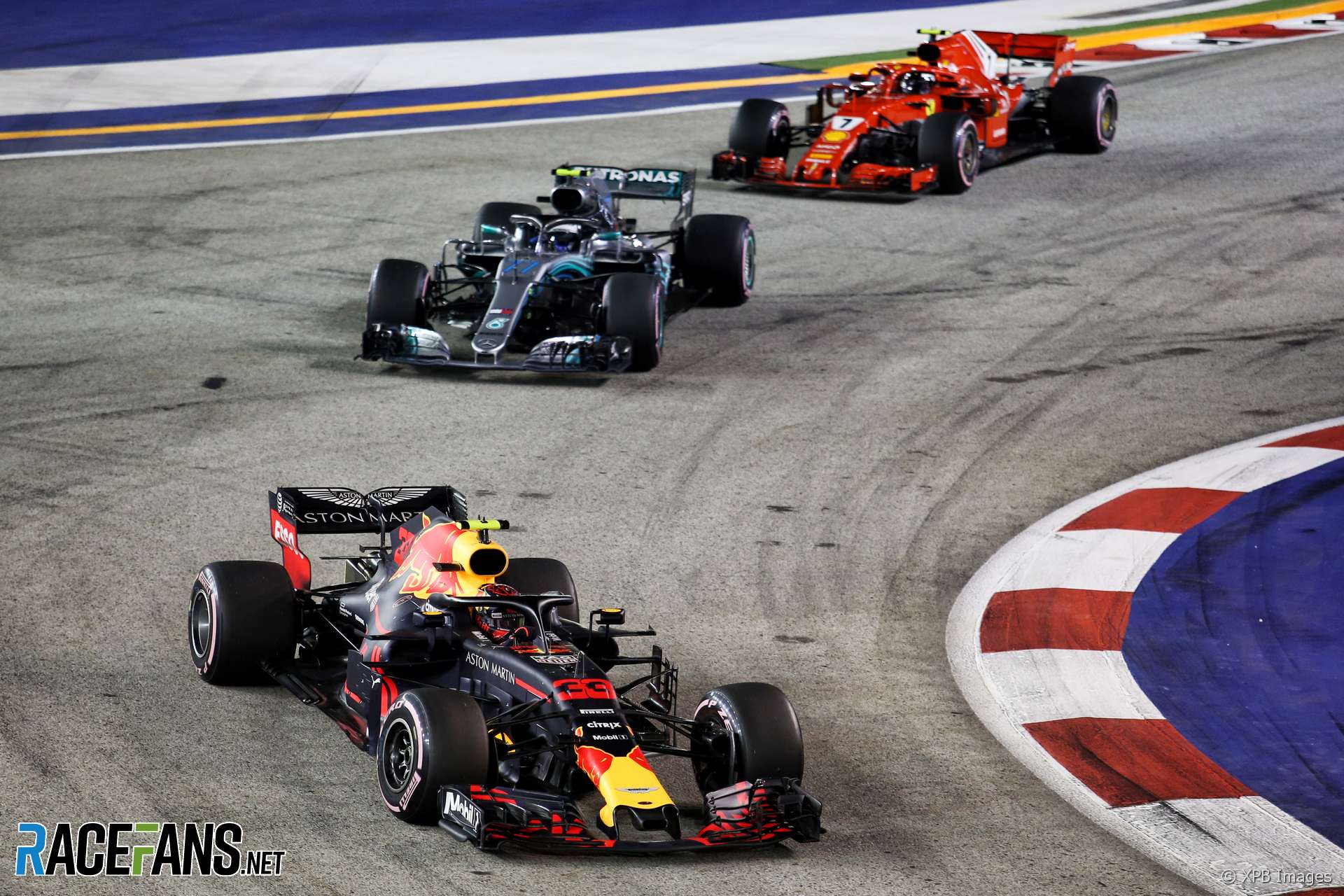 In Singapore the top six drivers on the grid were all in the same order when the chequered flag fell.

That’s only happened on one other occasion in Formula 1 history. That was at this year’s Monaco Grand Prix.

These were also two of the three races so far where Pirelli’s hyper-soft tyre has made an appearance. Neither it, nor F1’s complex tyre rules, appear to be generating the kind of unpredictability and intrigue it was hoped they might.

Mercedes has referred to Singapore as its ‘bogey track’, particularly after its weak 2015 showing. But their record since then stands at two poles and three wins from three races, so it’s probably time to revise that view.

Lewis Hamilton is now a four-time winner on the streets of Singapore, equalling Sebastian Vettel’s record. The 11 Singapore Grands Prix to date have only had four different winners so far: these two plus Nico Rosberg and Fernando Alonso (though Felipe Massa might have something to say about how he lost the inaugural race to the latter).

Hamilton is in a fine streak of form. He’s only dropped seven points from a potential haul of 125 over the last five races. Vettel has been the next-highest scorer in that time, but Hamilton has out-scored him by 118 to 70.

As a result Hamilton now leads the points race by 40. Unless Vettel makes inroads into Hamilton’s lead at the next race, Hamilton could finish second to Vettel in all the remaining races and still take the title. His position of strength in the championship comes despite Vettel having a better average qualifying position (2.13 to 2.87) and having spent more laps in the lead than anyone (341 to Hamilton’s 299).

While Hamilton added to his career totals for pole positions (79) and wins (69), Kevin Magnussen and Haas broke new ground by setting their first fastest laps. Magnussen is the 130th driver to do so (his father Jan never did during his F1 career) and Haas the 34th different team.

For the ninth year in a row a Red Bull finished on the podium and for the fourth year running it was in second place. It wasn’t Daniel Ricciardo this time, however, but Max Verstappen.

Fernando Alonso gave McLaren their best result since the Azerbaijan Grand Prix. It was also only the second time since that race he’s finished on the lead lap.

Nico Hulkenberg marked his 150th start but his wait for a first podium appearance goes on. Meanwhile Kimi Raikkonen is now on course to break Rubens Barrichello’s record for most race starts.

Raikkonen has 285 to his name so far but his new two-year deal with Sauber should propel him past Barrichello’s tally of 322 at some time during the 2020 F1 season. Had Raikkonen not spent two years out of the sport from 2010-11, missing 38 races, he could have broken the record last weekend.

Have you spotted any other interesting stats and facts from the Singapore Grand Prix? Share them in the comments.