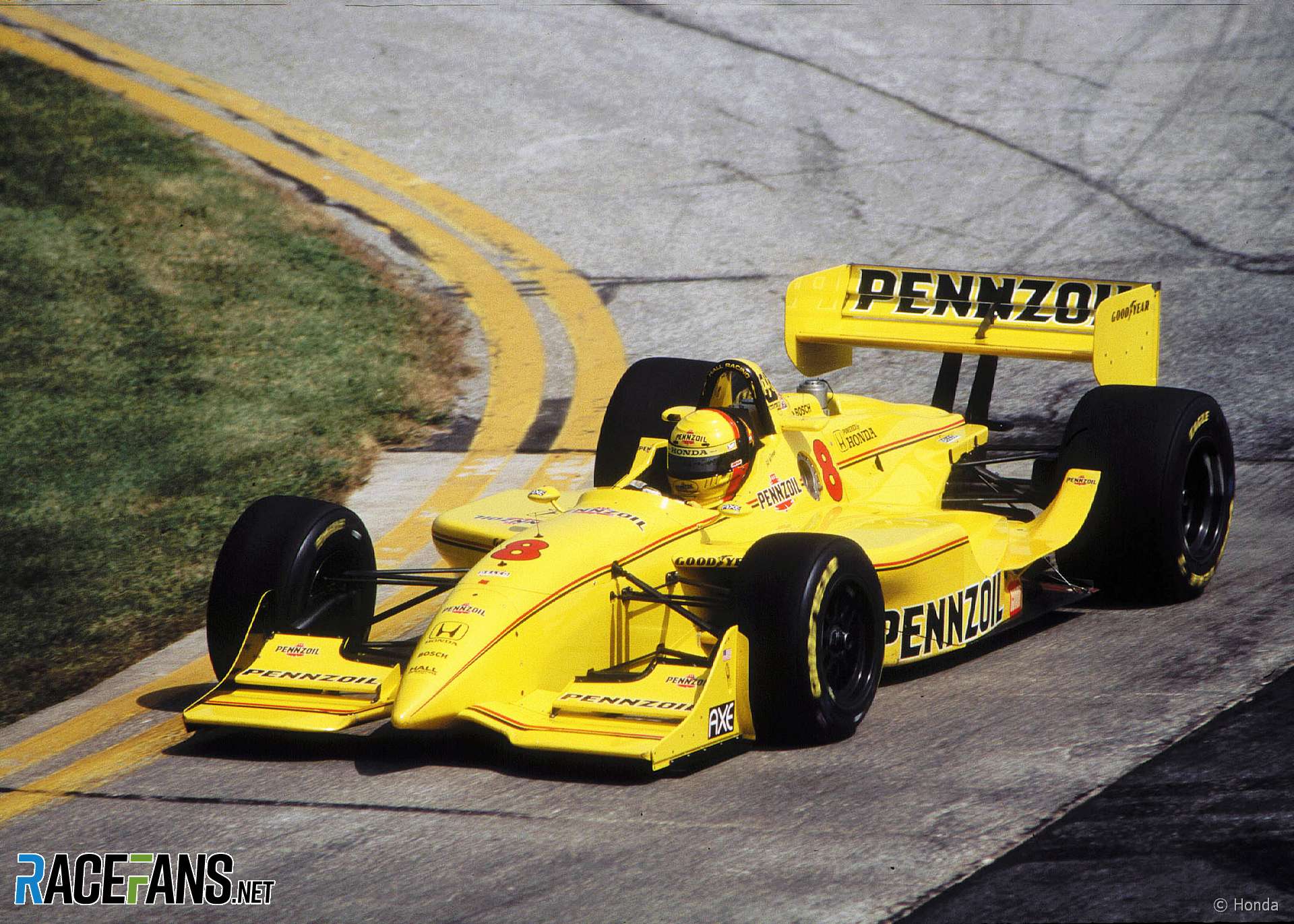 Last week F1 motorsport managing director Ross Brawn revealed concept designs for new-look cars from 2021 which he indicated have taken inspiration from IndyCar’s 2018 aero kit. The revised IndyCars generate a greater proportion of downforce from the underbody than the upper surface and have been credited with producing better racing on road and street circuits.

But De Ferran, a two-times champion in Champ Car and twice winner of the Indianapolis 500, pointed out some of the American series’ previous attempts to alter the cars to improve overtaking had backfired during his time in the sport.

“In my opinion this is more delicate than just a level of downforce,” de Ferran said. “It’s also got a lot to do with how the downforce is generated, the type of wake that the car generates and so on and so forth.

“I remember years ago when we came up with the infamous Handford device that package had very little downforce but nevertheless made the cars very hard to follow in oval racing. So in my opinion it’s a little bit more delicate than just a level of dowforce.

“Throughout my career in IndyCar, for example, they changed a lot the rules over the years about the size of the tunnels and this also affected a lot the ability that you had to follow or not. So it’s a complex subject.

“I think the variables that you have, not only the aerodynamics, but the weight of the cars, the grip of the tyres, the power of the engine, there’s a lot of variables that affect this whole thing, not just the level of downforce.”

De Ferran believes F1 is doing the right thing by addressing the aesthetics of the cars but pointed out they need to look different from each other as well.

“When it comes to Formula 1 in particular I think it’s important first of all that the cars look exciting,” he said.

“I think this generation of cars they look exciting, they look difficult to drive, they look fast. And I think it’s important that Formula 1 cars maintain that DNA.

“The other part of the DNA is the differentiation. You look at our cars and some of our competitors’, they look different, they are unique cars, and that’s a pretty broad subject. It’s to do with the relationship of the teams and so on and so forth. What I think is important is that Formula 1 maintains that DNA, that each car has its own constructor, there is some differentiation in the ways that the cars look at a car and say it’s a McLaren or another car and so on.”