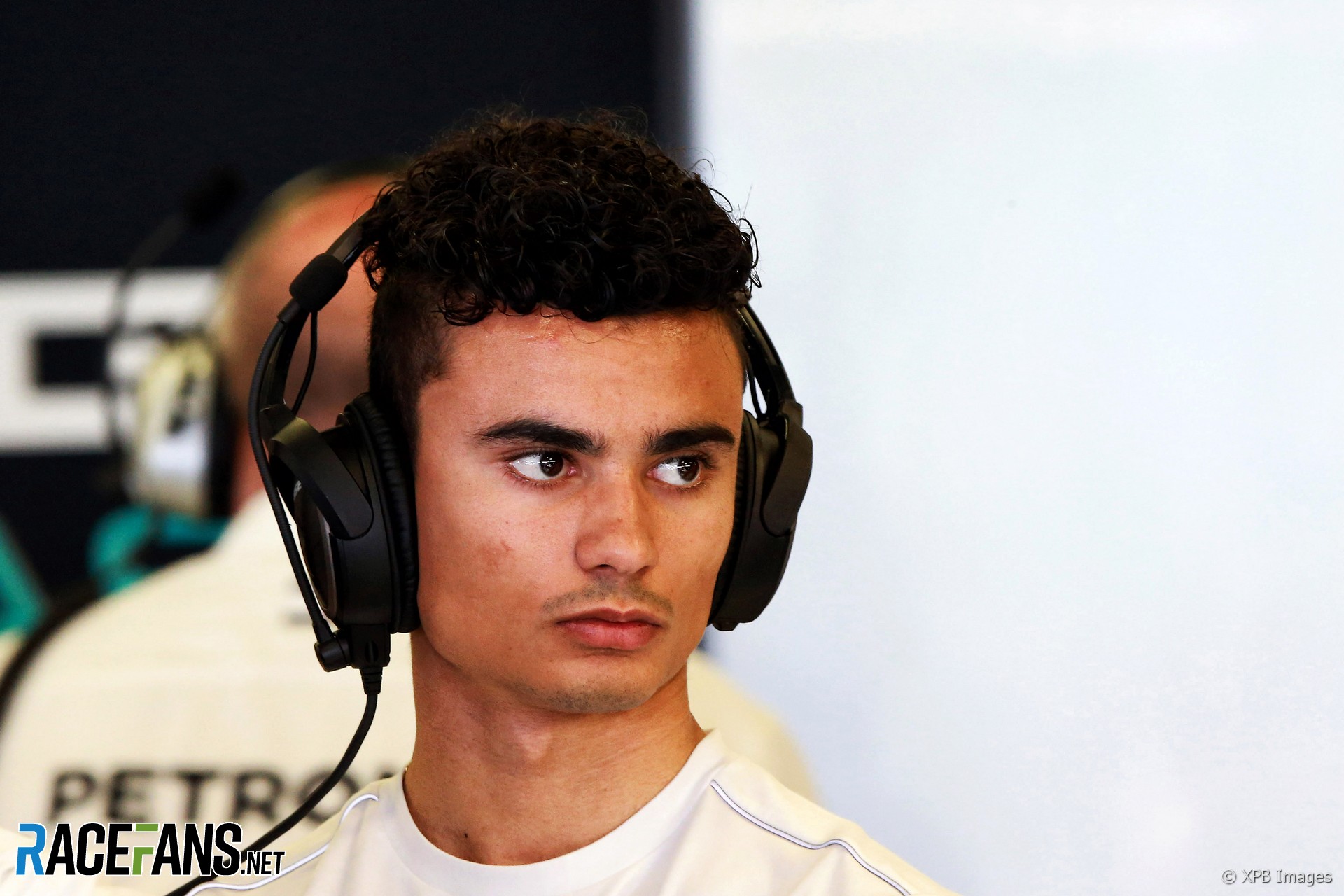 Wolff is trying to find seats for Esteban Ocon and George Russell next year as Wehrlein has left the team’s junior programme:

There are many reasons why we started the junior programme. One is that we felt we wanted to help talent that didn’t have the means to come through the ranks.

Mercedes was helping Pascal from the very, very early days – I met him when he was 16 at the Norisring. We had a great journey together, from the ADAC to F3, then DTM. We’ve invested time and money. The same with George Russell and Esteban Ocon.

But we’re coming to a point that we haven’t got a junior team. If you’re lacking possibilities to place them then you need to either think about reducing them and releasing somebody or changing the strategy. We are at a crossroads at the moment.

We’re going to see how it pans out with George and Esteban, and that is how we continue. But obviously we also felt together with Pascal that this was the best outcome for him.

My opinion of him is still very high and it looked like we could’ve been possibly blocking his future career and this is not what we wanted. He also felt that he needed to do it on his own and give it a go on his own. And so I would be overwhelmed and happy if he finds his way back to Formula 1 on his own or a professional racing career.

Not sure how many interviews from pitlane reporters around the world that @joesaward listens to on regular basis? Don’t think all females or blondes can be condemned unless you’ve heard all of their work Joe?

"We take feedback from our fans seriously. So when some of you said you preferred the Live Timing service in our old app, we decided to revive this functionality in its own dedicated app. The new F1 app will still be available alongside this new addition."

"I think what you could see and what I would be supportive of - it's not currently allowed - is changing paint schemes throughout the year and IndyCar does this, as does NASCAR."

"I think what (2018) taught us is that if we were to do a triple-header again – and it’s not something we’d undertake lightly - it would certainly be better to do it at flyaway events rather than European ones."

"Plans for a Miami Grand Prix will be formally suspended, but not scrapped, at a meeting of the Miami City Commission on Thursday."

Would F1 be better offer freeing teams up from restrictions on tyre use?

I think the mandatory pit stop started all this nonsense. Free them of this restriction, bring three different compounds per race, the same quantity for each compound for every team, and let them decide what to do.

Even if an optimal strategy will always exist, we might see more room for gambling, also different strategy for cars/drivers that conserve tires better versus aggressive drivers/cars that wear tyres more. That will increase chances of more varied strategy without causing logistics issues for the tyre supplier.
@Mmertens