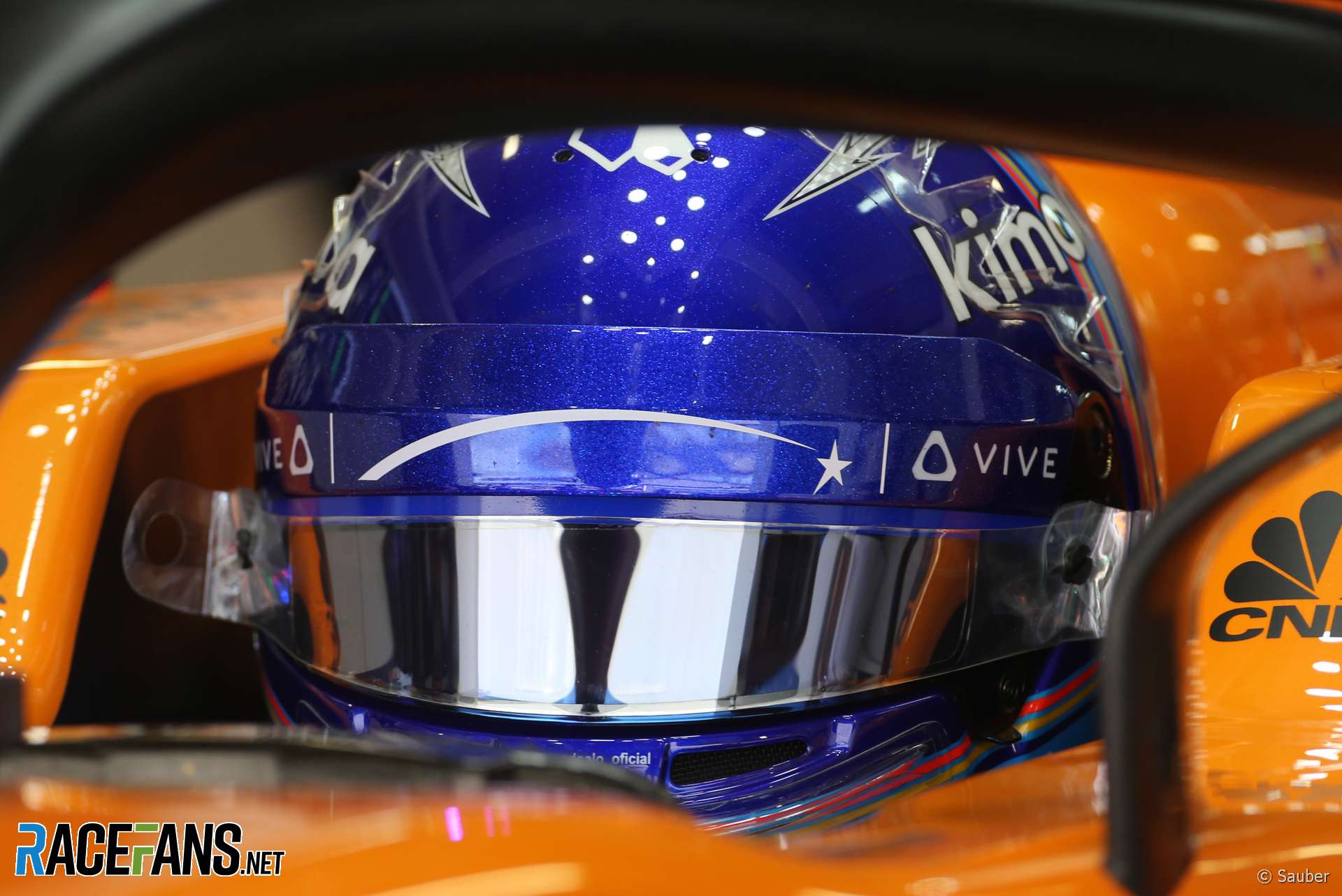 Formula 1 Management turned down a request from Fernando Alonso to use a helmet camera this weekend as the pictures it produced were not of broadcast quality.

RaceFans has learned Alonso asked FOM to let him use a specially-adapted Bell helmet fitted with an eye-level camera this weekend.

FOM tested the camera but felt the images it produced were too low in quality for F1 broadcasts. Running the helmet also requires additional technical and electronic support which could not be provided.

The helmet is designed to offer a driver’s-eye view of the track. The camera is positioned to the right of the driver’s eyeball. Distortion caused by the camera’s view through the helmet’s visor apparently contributes to the image quality problem.

Fernando Alonso confirmed he hoped to run the camera this weekend when asked by RaceFans yesterday.

“We were thinking to test the camera together with Bell and with FOM but at the end it didn’t happen this weekend,” he said. “I don’t know if it’s going to happen in the next weekends. It would be good to experiment.”

Alonso will make his final F1 start in next month’s Abu Dhabi Grand Prix. “Maybe for the last race or something it will be a nice memory to have,” he added.

However the amount of development required to develop and integrate the design is thought to make that unlikely.

FOM conducted tests of placing cameras inside helmets earlier this year, including with Pierre Gasly in Monaco and Romain Grosjean at Montreal.