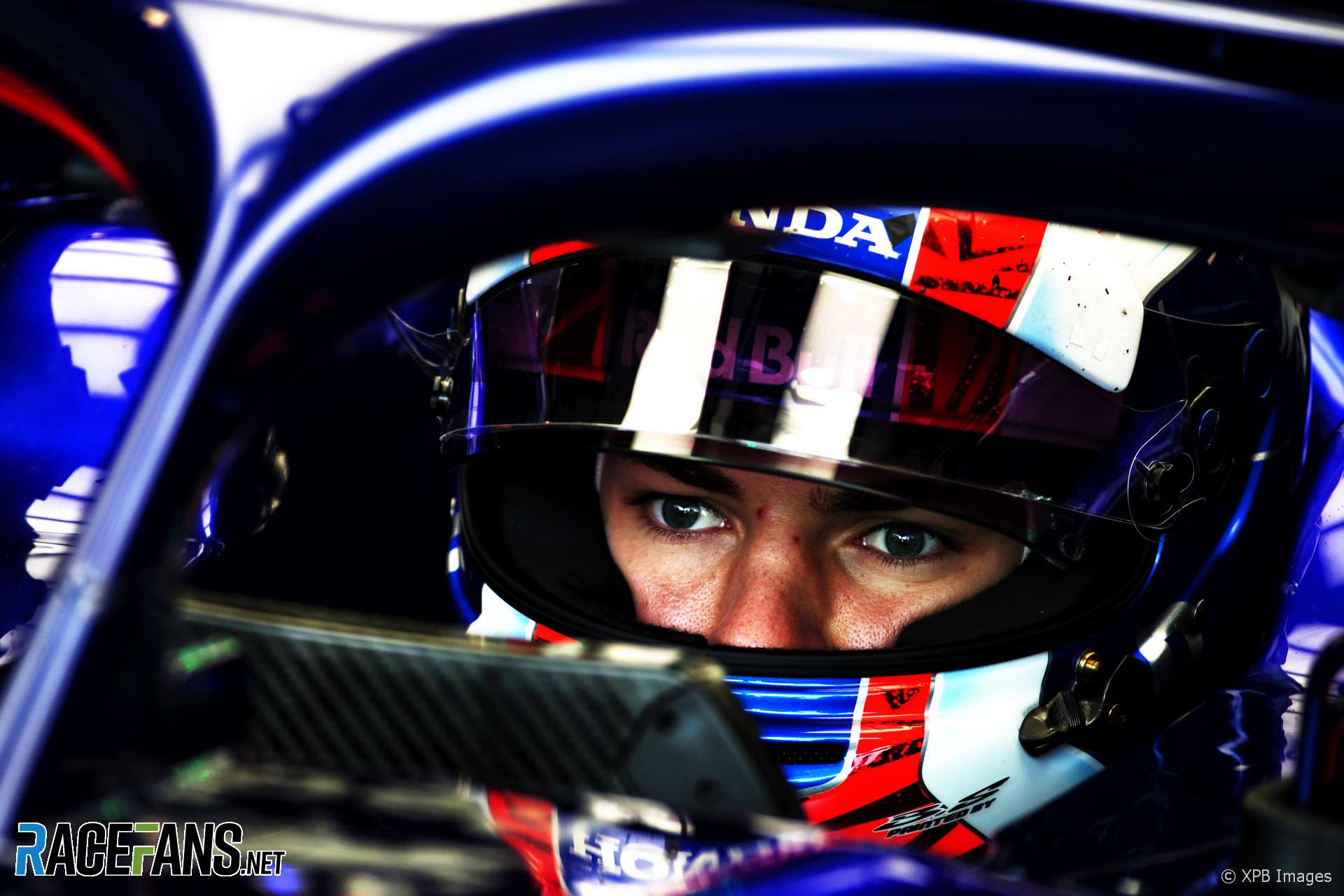 Pierre Gasly has rejected Brendon Hartley’s claim his team mate’s car was not damaged at the start of the United States Grand Prix.

Hartley disputed Gasly and team principal Franz Tost’s references to the damage Gasly’s car suffered on the first lap of the race. But Gasly described how it damaged in two separate incidents.

“[On] lap one when I saw the crash with Stroll and Alonso I had to avoid it, completely cut the track in turn four. So I had a pretty big jump there was a big hole there so there was the first impact there.

“And then after going on the back straight when Charles [Leclerc] spun with Grosjean there was, it looked like, a big piece of carbon that everyone avoided in front of me and I took it straight under the floor.

“After that basically the balance was a lot more oversteery and it was difficult. It impacted the tyre degradation, the balance, all these things and the overall performance of the race.”

Gasly finished 13th, four places behind Harley. Tost told media on Friday Hartley needs to put up a better showing against Gasly to keep his seat at the team for the 2019 F1 season.

In response to a question from RaceFans, Gasly said he has tried to maintain an amicable relationship with Hartley.

“I always try to be friends with my team mate,” he said. “Sometimes some of them like it, some others try not to be friends.

“I think on my side at the end of the day I’ve been always nice with Brendon. He’s under a lot of pressure so at the moment he seems to look at things in a bit different way than at the beginning of the season.

“But I don’t really pay attention to that I just focus on my job. At the end of the day it’s true that it’s always a big fight between team mates but you need to know how to work together because that’s the most important thing for the team and for both of us.”

Asked by RaceFans whether he’d spoken to Hartley about the dispute over the last race, Gasly said: “At the moment he says a lot of things so I don’t think I need to comment [on] anything.”

Hartley said recent developments at the team have made him “realise I also have to defend myself a little bit.

“During the season there’s lots of things that I don’t always mention. I just felt like maybe I needed to stand up for myself sometimes and fight for my cause which I’m doing. I know I’ve done a really good job the last races and events with the team all year.”

@Josh5Holland contributed to this article